Captains matter and so does Dhoni, who is still the best hope for India 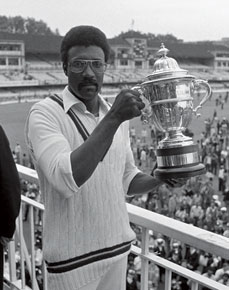 In cricket, more than in any other sport, teams tend to shape themselves in their captains’ image. In one-day cricket, this is particularly so. With little time separating cause and effect in a 50-over game, one or two hunches, a gamble or a desperate move can change the course of a game. If the five-day game can be compared to chess, with moves planned well ahead, the short game is like tic tac toe: everything is known.

Since the introduction of the one-day game and the first World Cup four decades ago, there has been much focus on the improved standards of fielding and running between the wickets; the role of the spinner has changed, the bits-and-pieces player has come to be revered. But a significant change—that of the mindset of the captain— has barely been commented upon.

In the early days, captains were seen as all-rounders, leading in both formats of the game. The same thinking that went into a Test match was considered good enough to carry a team through in the shorter version too. Thus, Clive Lloyd, Mike Brearley, Ian Chappell, Srinivas Venkataraghavan led their national teams in the 1970s in both forms of the game. Brearley has written about how England lost the final of the 1979 World Cup to the West Indies after being 79 without loss, and needing 208 from 35 overs. This was at tea, when the captain felt that after the break the openers (Geoff Boycott and Brearley himself) should go on an all out attack to prepare the ground for the line-up— Gower, Botham, Gooch, Randall, Larkins—to follow.

But the thinking coagulated into ‘safety first’, moderation and all those wonderful Test match qualities, and after being 135 for one, when Boycott was dismissed, England were all out for 194.

In the 1980s, India may have been the first country to experiment with different captains for Tests and ODIs. The choice was forced upon them to some extent by Sunil Gavaskar, the Test captain who had an allergy for the shorter game, besides being innately defensive in his approach to the role. Kapil Dev, flamboyant all rounder, inspired India to their first title in 1983, and till the arrival of Mahendra Singh Dhoni was probably the automatic choice as captain of an all-time India XI.

There is little doubt that statistically—and the shorter the format of the game, the greater the importance of statistics—Dhoni is one of the greats. During the World Cup he is set to overtake Mohammad Azharuddin as the man who has led India the most number of times. He has already won more matches than the record-holder, though. Of the top 25 highest run-makers in ODI, Dhoni’s 52 is the best average. Greg Chappell has called him the “best finisher” in one-day cricket.

Dhoni has increasingly indicated that he prefers to lead in the shorter formats, and his decision to retire from Tests was inevitable, especially as he had hinted at it some three or four years ago.

The names of the great captains in Test cricket in the past half century have been rolling off the tongues of fans easily: Richie Benaud, Brearley, Imran Khan, Mahela Jayawardene, Stephen Fleming…

But just as the one-day specialist (Michael Bevan, Yuvraj Singh) evolved with time, and now that there are clear lines of demarcation, the specialist one-day captain too is judged by his work in the short format. The burden of the all-round captain has been shaken off. Some years ago, England decided to have three separate captains for the three formats suggesting that different versions of the game called for different tactics, and that a successful captain in one is not a guaranteed success in the others.

Nearly half the captains in the latest World Cup do not lead in the longer format (the balance tips if Michael Clarke returns to play and lead).

So what makes the one-day captain unique?

For one, they tend to be younger (Pakistan’s Misbah-ul- Haq who turns 41 this year is an exception), perhaps the notion being that youngsters are more likely to take risks. While experience counts for a lot in Tests, occasionally captains carry the baggage of the tried and tested into the ODI and that can be counterproductive.

The best ODI captains experiment, think on their feet and have the confidence to change tracks in mid-strategy if they think something is not working. When Martin Crowe opened the bowling with a spinner, Dipak Patel, in the 1992 World Cup, he caught the opposition by surprise. There is no pressure on the Test captain to constantly spring surprises; in fact such a policy might easily backfire. But surprise is the bedrock of the ODI.

Crowe must count as a great one-day captain. The list will include Dhoni, Ricky Ponting, Arjuna Ranatunga. For ultimately, the ODI captain, unlike his counterpart in the traditional game, has to be judged on results.

In recent years, as the 50-over game was getting more predictable (‘slog overs’ at the beginning and the end and consolidation in the middle), some rules were introduced— the rolling substitute, change in the number of fielders outside the circle, two new balls per innings—to introduce randomness into the system. But with the coming of the T20 and its worldwide success, even such changes seemed to make the game follow identical patterns.

What the 50-over game has learnt from its 20-over cousin is the importance of breaking patterns. Captains react far more quickly now, knowing that a bad over could easily lead to a bad streak. While often the best player in a Test XI is not the captain, in ODI, the best batsman tends to be. Hence the vote of confidence in players such as Dhoni, AB de Villiers, Eoin Morgan, George Bailey, Brendon McCullum, Angelo Matthews—the most dangerous batsmen in their respective teams.

For the ODI is not a compressed Test match, it is a different sport altogether; one that happens to use the same equipment. And unlike Test matches, which are won by bowlers, ODIs are won by batsmen. You don’t need to take 20 wickets, just score more runs at a better pace.

In the first two World Cups, skipper Clive Lloyd of the West Indies merely had to choose among his fast bowlers to run through the opposition or keep the scoring down knowing his batsmen were good enough to score at will. When you have bowlers like Andy Roberts, Michael Holding, Colin Croft, Joel Garner and batsmen like Roy Fredricks, Gordon Greenidge, Alvin Kallicharan, Rohan Kanhai, Viv Richards and Desmond Haynes, there is very little for the captain to do.

With the evolution of ODI tactics, which saw the arrival of the ‘pinch hitter’ and the slogging opening batsman (another Crowe innovation, with Mark Greatbatch as the opener) like Sanath Jayasuriya, captains had to dig deep and dig consistently to find the surprise element.

Most World Cups since the period of West Indies’ domination have been won by captains who dared to innovate. In 83 it was Kapil Dev, four years later it was Allan Border, who, with coach Bobby Simpson, discovered the advantages of the singles and twos in a game ostensibly about fours and sixes. In 1992, Imran Khan used Wasim Akram and his reverse swing to devastating effect. Jayasuriya was allowed a free rein by Ranatunga in 1996. By winning thrice in a row thereafter, Australia nearly managed to kill the sport. The teams were too good, tactically it seemed there was nothing new. Then in 2011 India won, Dhoni playing the pivotal role in the final, and fresh interest was generated.

In recent years, however, one school of thought believes that the ODI has exhausted its possibilities. And this is where the innovative captain has a role to play. It is up to him to explore further and discover elements in the game that haven’t become stale through overuse.

The Indian team has taken on the aspect of its captain— attacking, positive, likely to surprise. Despite their poor showing in the tri-series in Australia, it would be foolish to write them off. Especially since the format, with every team playing every other in two groups means that it is more difficult not to qualify for the quarterfinals than to do so.

Thereafter, the captains come into play. It could be an unusual fielding position or an unused tactic—anything that removes the idea of sameness from a contest. Not just India, but other teams too will bank on their players shaping themselves in the captains’ image. South Africa and AB de Villiers, New Zealand and Brendon McCullum, for example.