And Ashtavakra’s idea of freedom and bondage 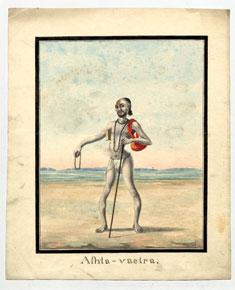 And Ashtavakra’s idea of freedom and bondage

There was a sage named Ashtavakra. The name comes from अष्ट (ashta), meaning eight, and वक्र (vakra), meaning crooked. There are references to Ashtavakra in various texts. The story of his deformity is narrated in the Mahabharata, in Vana/Aranyaka Parva. Ashtavakra’s father was Kahoda (or Kahola). His mother was Sujata. When this incident happened, Ashtavakra was still in Sujata’s womb. He hadn’t been born. Kahoda recited the Vedas, and, reminiscent of Abhimanyu in Subhadra’s womb (when Arjuna spoke about chakravyuha), Ashtavakra listened attentively. Getting the nuances of correct pronunciation is extremely important, especially with the Vedas. Kahoda couldn’t get it right. From inside the womb, Ashtavakra protested. There were eight such occasions and Ashtavakra protested eight times. Proud of his own learning, Kahoda cursed Ashtavakra that he would be born crooked in eight parts of his body. Most of us have heard of the expression साष्टङ्ग प्रणाम (sashtanga pranama), though we don’t always think about it. This means lying completely prostrate on the ground, with eight of one’s limbs actually touching the ground. Though the number eight is sometimes interpreted metaphorically, literally it means two feet, two knees, two hands, the chest and the forehead. These must touch the ground.

Ashtavakra was cursed in precisely those eight. They turned crooked and he was born with bent limbs. I have seen only one painting of Ashtavakra depicted in that fashion, a reprint of an early 19th century watercolour work from Patna, its artist unknown. The original is in the British Museum. There is another famous one by Rambhadracharya, but in this, the crookedness is not that obvious.

Kahoda wasn’t as learned as he took himself to be. He went to the court of King Janaka, who ruled over the kingdom of Videha, part of Nepal and Bihar now. Mithila is sometimes used as a synonym for Videha. Sometimes, Mithila means the capital of Videha, now identified with Janakpur in Nepal. This king is not to be confused with the Janaka who was Sita’s father. Indeed, there were several kings who were known by this name. In the Valmiki Ramayana, Sita’s father, King Janaka, refers to the lineage of Janakas, which means there were many. Kahoda went to King Janaka’s court and the resident scholar, Vandin/Bandin, defeated Kahoda in a debate and imprisoned him. When he was 12 years old, Ashtavakra travelled to the court to rescue his father, which he did by defeating Vandin in a debate. Subsequently, Ashtavakra bathed in the river Samanga and his deformity was cured. This river is now known as the Song, in the district of Dehradun. It is also known as Ashtavakra nadi. Ashtavakra’s hermitage is believed to have been in the village of Raiwala, in the same district.

On a later occasion, Ashtavakra again went to visit King Janaka. The teachings he imparted the king resulted in the Ashtavakra Gita, also known as the Ashtavakra Samhita. The Bhagavad Gita isn’t the only Gita. There were others too, and the Ashtavakra Gita is one of the most important of these. It is a dialogue between Janaka and Ashtavakra, with the former as the student and the latter as the teacher. In 20 chapters, it is an exposition of Advaita Vedanta.

As Narendranath Dutta, Swami Vivekananda used to visit Ramakrishna. At that time, Swami Vivekananda was still searching. However, Ramakrishna recognised his potential. There is an anecdote about the Ashtavakra Gita, recounted by Swami Nityaswarupananda in the introduction to his 1940 English translation. To awaken Vedanta in Narendranath Dutta, Ramakrishna asked him to translate the Ashtavakra Gita for him from Sanskrit to Bengali. There are quite a few translations and commentaries on the Ashtavakra Gita, in vernacular languages and in English. I will not play favourites, you take your pick, though reading it in Sanskrit is even better. The Sanskrit isn’t difficult, but one often needs a commentary to understand what is meant.

This is the first shloka from the first chapter and is Janaka’s question to Ashtavakra. Here is the translation. ‘My lord! How can knowledge be obtained? How can emancipation occur? How does one get detachment? Please tell me this.’ ज्ञान (jnana) is knowledge. However, it has a sense of awareness and higher knowledge, not ordinary learning by rote. There is also the word विज्ञान (vijnana). Today, this is translated as science. But vijnana also means knowledge or wisdom.  In some interpretations, a distinction is drawn between jnana and vijnana. Jnana is what one picks up from external sources, from texts and preceptors.Vijnana is what is gleaned internally, through inward contemplation and reflection. However, in this shloka, there is no such distinction. Understanding मुक्तिः (mukti) is trickier. That word means salvation, liberation, release, emancipation.  But the purport is release from this cycle of birth, death and rebirth, known as संसार (samsara). वैराग्य (vairagya) characterises a person who has obtained the state of विराग (viraga). Raga means attached. Thus, viraga means detached, indifferent, dispassionate. Vairagya is detachment. It does not mean asceticism. One does not have to resort to the forest to become detached. One can be detached while engaged in worldly pursuits too. That indeed is the point. King Janaka wasn’t going to retire to the forest. Knowledge, emancipation and detachment – each of these words has layers of meaning. At some point in our lives, we should begin to ask similar questions. Rather intriguingly, this questioning will lead to a counter question. Who is doing the asking? Once one begins to probe that, one is on the path towards knowledge, emancipation and detachment.

Let Ashtavakra’s detailed responses wait for the moment. But here is something he says in the 11th shloka of the first chapter, and it is devastating in import, even more than the questions:

(This is the first of Bibek Debroy’s monthly column)