Guess who’s in search of the Führer 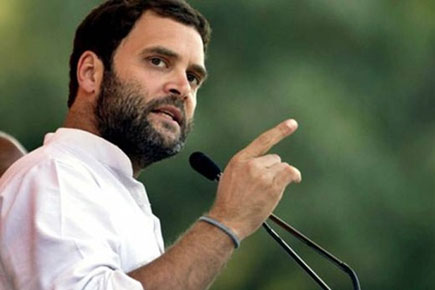 Do I get a whiff of Weimar from the rustle of morning pages? Am I one of the last few who are missing the fact that the resemblance of this country to Germany of the 1930s is frighteningly obvious? Am I not secular enough to see the true nature of the man who is playing with the mind of a people whose plight is worse than the volk steeped in the Depression of another era? In place of the ‘little corporal’ who came from nowhere and talked his way into the mind of a nation on the edge of a nervous breakdown, do we have a big, barrel-chested sorceror of mass hysteria all set to rule India? Am I history-proof, floating in my make-believe, unaware of the Evil swirling around me? Morning headlines bring me down to the reality of Weimar India.

And this one, reported as blandly and badly as any news agency would, was come-to-your-senses at its plainest: “There are two kinds of leaders. The first type like Gandhi belongs to those who go among people, have some ideology and believe in the knowledge of people… The thinking of this kind of leader is that it is the people who are a repository of knowledge. Such a leader wants to understand people and has no pride… Then there is another kind of leader, whose best example is perhaps Hitler. Hitler thought there was no need to go to people. He believed the entire knowledge of the world is only in his mind. That kind of leader only talks that he did this and that. That leader does not need to go to people…” This is an excerpt from Rahul Gandhi’s stump speech in Balasinor, Gujarat, where the little Gandhi said he would emulate Mahatma Gandhi. He sold the image of a Führer on the Sabarmati to the crowd.

That sales pitch of Rahul was very un-Rahul. He is capable of better stuff. Forget the naivete (by the way, Hitler became Hitler through popular mandate), he too was indulging in the favourite Indian pastime of trivialising history— or reducing it to the size of the speaker’s mind. There was a time when Rahul was a different Gandhi with a different vocabulary. The language he spoke—widely, and often uncharitably, rubbished as the confused soliloquy of the entitled—came from a man whose experience of India was permanent astonishment. There was a freshness about it, especially at a time when everyone else in the fray sounded so certain about what India wants. They were all men without doubt. Such men are dangerous, and Rahul, by choosing to be the one who has not abandoned the wonderment of being an Indian in search of his ideal India, was not one of them. His idea of the “beehive nation”—I loved the sound of it—was a good example of a politician least embarrassed about being an eternal apprentice. India’s— and the party’s—incomprehension of Rahul was as deep as his own of India. It was as if the most privileged insider in Congress enjoyed playing the dissenting outsider.

Then it happened, his Hitler punch, which usually comes from desperate socialists who want to show off their secular masculinity. It has never been Rahul’s habit. It was very Nitish Kumar. Then the Bihar Chief Minister had to be the last defender of secularism because it was easier than defending Bihar itself. He needed a convenient Hitler to highlight his humanism, no matter his secularism was negotiable, always. When Gujarat burned in 2002, the secularist’s conscience was elsewhere; the then Railways Minister Nitish Kumar did not either ask for Modi’s resignation or resign from the Vajpayee Cabinet. Today, the socialist in secularism’s tattered clothes has placed himself in a corner of the allies bazaar, available for the highest bidder. Crying Hitler is his existential wail.

That said, Rahul’s invocation of Hitler is in tune with the lazy intellectual tradition of India’s undergraduate radicals and peanut socialists, still lost in their private Bolivia. In their universe, the conflagration round the corner is either ‘genocide’ or ‘Holocaust’; and your average hate-monger is a fascist. These exaggerations are more than a trivialisation of history; they are a trivialisation of an unspeakable suffering. Some from the left side of the argument still need a historical context to match their redundant text. They need a Hitler. Rahul Gandhi could have managed without one.