From An Imperial To A National Cuisine

If India’s cuisine was influenced by colonial and princely tastes before 1947, the driving force after Independence was the palate of the urban middle-class. The task of shaping the national cuisine was taken up by the menus of restaurants, cookbooks and magazines and later by TV and films 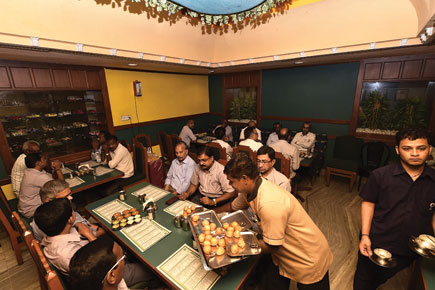 The French eat snails and frogs’ legs, Germans devour sauerkraut and sausages, Americans guzzle beer and burgers, and Italians thrive on pasta and pizza. These, one might say, are commonly held notions about what nationals of a country eat. But how accurate are they, particularly for a multi-ethnic, multi-religious, multi-regional country like India? If you ask someone in London about India’s national dishes, the response would be chicken tikka or biryani. But a Gujarati would disagree vociferously and propose Gujarati dal, a Tamilian, sambar , and so on. While the dal and sambar both use lentils, the other ingredients are different and produce markedly different tasting dishes. It got me thinking about what makes a dish uniquely French or Malaysian or Brazilian. How does a ‘national’ cuisine emerge, particularly in a country like India with highly disparate regional cuisines and palates. One clue is in Cuisine and Empire, where Rachel Laudan writes that national cuisines, like nations themselves, appeared only in the last 200 years, and often in the last 50 years. They were, she says, fashioned from imperial and courtly cuisines. But it seems to me that there are fundamental differences between an imperial cuisine and a national one; in the latter, differences have to be homogenised in a way that would make it taste good to a variety of palates, while in the former, the unusualness of the dish has to be marked and highlighted.

To elaborate, a ‘national’ dish, one assumes, would be one that is found within the geographical borders, perhaps with regional variation, and citizens would be familiar with it, and would eat it, at least on occasion. Rice is possibly the only dish that fits these criteria in India. Francisco Pelsaert, from Holland who was in India for six years from 1621-27 as a senior manager of the Dutch East India Company in Agra, said (quoted in KT Achaya’s Indian Food): ‘Workmen in India know little of the taste of meat… for their monotonous daily food they have nothing but a little kitcherry made of green pulse mixed with rice eaten with butter in the evening; in the daytime they munch a little parched pulse or other grain.’

High imperial cuisine, on the other hand, is hierarchical in which rank, not nation, determined what one ate. The purpose was to induce ‘shock and awe’ in the guest. In the 16th century Ottoman Empire, sugar, for instance, was fashioned into elaborate and expensive sculptures—stallions, elephants and sea monsters. In Manasollasa, King Somesvara III of the Western Chalukya dynasty, ruler of parts of present-day Maharashtra and Karnataka in the 12th century, writes about some of his favourite dishes, which include roasted black rat, fried tortoise (supposed to taste like plantain), fried crabs, and roasted pig. Princely or imperial cuisine was about luxury, about innovative culinary techniques, complex sauces, refining rice or sugar, preparing chocolate and cakes, and about consuming the pure essence of foodstuffs which the alchemist-chef would produce. Yet, national cuisines did emerge from imperial roots in many countries. ‘War makes states’ was a phrase famously used by sociologist Charles Tilly. War also creates nationalism, and the two together seem to have triggered the search for a national cuisine.

English rural gentry dishes emerged as the national cuisine in the 18th century as a reaction to the French influenced menus favoured by the Whig party leaders. As Rachel Laudan points out, the Country party, a group of Tories and disaffected Whigs—lawyers, country doctors and squires— who distrusted the power of London with its court, bankers and merchants, began questioning Whig grandees for paying exorbitant amounts to their French cooks, and dining on French sauces that required 22 partridges at a time when England was at war with France. Cookbooks written in this period—Hannah Glasse’s The Art of Cookery made Plain and Easy (1747), Elizabeth Raffald’s The Experienced English Housekeeper (1769)—spoke of dishes an English housewife might produce. ‘Roast beef, not the game or the richly sauced dishes of the aristocrats, nor the rabbit and pig of the cottager, was the centre-piece of English cuisine.’ The more affordable port became the preferred drink in place of claret from Bordeaux. While war was the trigger in Japan too, the military adopted a different route. In the 1920s and 30s, the cooks in military canteens prepared curries, croquets and Chinese stir fries and Western dishes to knit together soldiers from diverse regions with different culinary traditions. Rice was the central element and soy sauce was the crucial flavouring agent. The soldiers who hailed from the peasantry grew to relish the taste. This practice was later adopted in hospitals and schools and a Japanese cuisine was born in the mid-20th century. In France, nationalism or more precisely, the state’s need to create ‘Frenchmen’ propelled a move to connect trans- national high cuisine with the regional provincial and peasant cuisine in the 1920s, in a process similar to the one highlighted by sociologist Eugen Weber for the French language (which transformed regional patois into French) in Peasants into Frenchmen. Here, regional cuisines were refined and homogenised to suit the Parisian palate. In all these countries, a national cuisine emerged through a process engaged in by different elements of society and the state.

India, on the other hand, has a peculiar trajectory where historical influences—imperial (Mughal), colonial (British) and princely (local nawabs and kings)—blended with the post-Independence drive to fashion a hybrid Indian cuisine that also drew on everyday dishes of the poor and the professional classes. For instance, British colonisers modernised and refashioned traditional native recipes. One of my favourite soups, mulligatawny soup, is synonymous with Anglo-Indian fare in clubs like the Delhi Gymkhana. As Colonel Wyvern (a passionate enthusiast for Indian and European cuisine who set up a cooking school in England in the late 19th century) writes in Notes from Madras, the original dish was pepper water, consumed by the poorer natives of Madras. Mootoosamy (his cook) ‘pounds together a dessert spoonful of tamarind, six red chillies, six cloves of garlic, a tea-spoonful of mustard seed, a salt-spoonful of fenugreek seed, twelve black peppercorns, a teaspoonful of salt and six leaves of karay- pauk (curry leaves). When worked to a paste, he adds a pint of water and boils the mixture for a quarter of an hour.’ While this is going on, he cuts up two small onions, puts them into a chatty, and browns them in ghee. He strains the pepper water into the chatty and cooks the mixture for five minutes. The English, as Wyvern says, added other condiments with chicken and mutton, thickened the liquid with flour and butter and ‘by degrees succeeded in concocting a soup grass of a decidedly acceptable kind.’ Then you have the hybrid dishes conjured up by the English memsahibs: Windsor soup, Patna rice, a broth of doll (dhal), kabobs, fish joey, curry chutney and Byculla soufflé. Arrack blended with spices, sugar, lime-juice and water— five ingredients— panch (five) became punch.

Princely or courtly cuisine, which drew on Mughal and other inspirations, weighed in too. Here again, one finds a different fusion of the local with a transnational element harkening back to the ruler’s lineage in Ottoman Turkey or Central Asia or Persia. In Hyderabad, for instance, the Asafia cuisines cookbook contains recipes of dishes—gazak, kabab akbari, pasanda kabob, qubani meetha (bread and butter pudding)— that highlight the interweaving of Turkish, Nizami, Mughal, north Indian, British and local Deccani cuisine. The region’s cuisine is traditional in some ways and international in others, and one that simultaneously opposes and adapts some of the dishes of the coloniser.

If India’s cuisine was influenced by colonial and princely tastes before 1947, the driving force after Independence was the palate of the urban middle-class. The task of shaping the national cuisine was taken up by the menus of restaurants, cookbooks and magazines and later by TV and films. In Delhi, Gaylord and Kwality opened in the 1960s with menus that had Punjabi, Mughal and Anglo-Indian dishes. South India had its own chain of Udupi restaurants showcased by Woodlands hotel (established in 1938) in Madras, which served vegetarian south Indian tiffin and meals. The changes in Woodlands’ menu over the decades— north Indian, Chinese and Continental dishes came in the 1970s and North Indian tandoori items in the 1980s—reflects the growing propensity of city dwellers to experiment with dishes from other regions. These days, Punjabi dishes such as chhole and rajma-rice have made inroads into the south, just as idli and dosa are to be found on north Indian menus.

If asked about India’s national dishes today, chances are a Bangalorean would rattle off the names of a medley of regional specialities such as kadi, baingan bharta, kakori kabab, biryani, dosa-sambar, and chaat. Food anthropologist Appadurai may be right that today, the explosion of regional cookbooks, food blogs, articles and cooking shows on TV have codified India’s cuisine by gathering and homogenising regional cuisines into a national one. With the result that like the different ethnicities and languages populating the notion of ‘an Indian’, our national cuisine too has multiple regional delicacies in its makeup.