Fellowship of the Beautiful People

The rewards and confusion of being a broadminded Indian 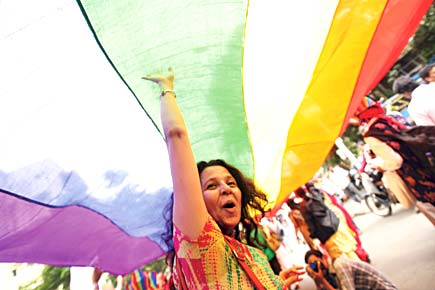 The rewards and confusion of being a broadminded Indian


In your mind, is Medha Patkar vertical or horizontal? I imagine her horizontal, always going somewhere on the arms of lady cops, her face so distraught by it all. If you imagine her vertical, we can still be friends. Either way, it is heartbreaking, this ceaseless struggle of a woman who does not dye her hair. But if you believe that her cause is obsolete, that in the final calculation, the Narmada dam will do more good than bad, do you become a conservative, a plebeian capitalist? Can you still claim to be part of the modern liberals, the Beautiful People, if you love gays and hate Greenpeace? Is a semi-circle a type of circle? If you like dams, what is your name?

A peculiar nature of the liberal condition is that you must believe in many dissimilar things. You must believe that the world is warming, that a dam is the architecture of evil, capitalism is a disease, your wife has to be liberated (further), the Indian army is oppressing Kashmiris, homosexuals deserve equal rights, Nandita Das films are good, the opposite of a politician is a candle, animals have to be saved, there is only one God.

These days, when a person who possesses all these convictions—and there are many such persons—approaches me with a story idea, I wait for the inevitable. And yes, there it comes. A story on the Tibetan struggle. So, that too. Also, there is this unending talk of pre-marital sex. But what needs a campaign is post-marital sex.

Liberals are always in the middle of a festive war, and this war has become newsworthy pictures, like the naked white girls who wrap themselves in transparent sheets to remind us of the fate of animals, and the annual cup cake on the suit of a G20 leader. They have become enduring images because the media has decided to make them so. Not because the media is liberal, or that its customers are, but because the media and its customers are in the business of entertainment. And the struggle of the liberals is a form of entertainment. The liberals know that. The moral police have known that even longer. Before the Shiv Sena goons go to blacken the face of a college principal accused of molestation, they call the media first. In fact, on Valentine’s Day, some news photographers do call various political goons and say something like, “Kuchh karo na, jol.” But, unlike the goons, Beautiful People in India are unprotected and they get into trouble.

Sometime back, an animal activist dressed himself as a chicken and stood outside the shops of egg-sellers on Mohammed Ali Road to remind them of Bird Flu. The enraged egg-sellers started attacking him. Witnesses remember the strange sight of a big chicken trying to flee. Also, gay parades in India, which are inspired by similar First World carnivals, can have unpleasant moments when spectators pass comments. Thankfully, Indian gays have not yet been inspired by a Caribbean phenomenon that unfolded during the last cricket World Cup. Protesting against the severe homophobic culture prevalent in the Caribbean nations, gangs of gay men began to steal panties from clothes wires, probably to make straight men spend on new underwear for their women. There were also reports that gays were buying panties in huge numbers to create a shortage. The goal of that rebellion is not clear.

It can be very confusing to be a liberal in India. About two years ago, I saw a perplexing sight outside Jehangir Art Gallery in Mumbai. After an art student in Vadodara was attacked by goons and then arrested for painting phallic symbols around Vishnu’s avatars and demons emerging from Durga’s womb, dozens from Mumbai’s outraged elite went to the gallery in the fragrance of sun block, holding elegant English placards that said in classy fonts things like, ‘Live In Fear’. I still cannot figure out who they were speaking to. Were they being sarcastic in English to the VHP? Or were they being sarcastic among themselves? In which case, what was the point? When I first made this point, a demonstrator wrote an angry mail asking what was wrong with English placards or classy fonts or, for that matter, sun block. Our email exchanges slowly turned pleasant and he fondly remembered his youth when he used to attend communist meetings in London and how he would park his Jaguar far from the venue. So, he has been a bit confused for long. But then confusion, too, is a fundamental right.

The best thing about being a liberal is that other such souls are usually in very useful positions, like, say, in the book and film review sections of newspapers and magazines. A reason why these days, Ramgopal Varma has to buy compliments for his obtuse films from the media.

Nandita Das gets it free.