The reality of the world Gabriel García Márquez inherited needed a redeemer, a storyteller. El Maestro lived to tell the tale 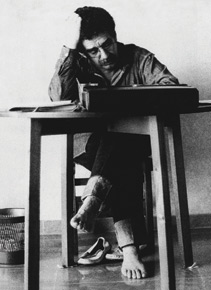 The reality of the world Gabriel García Márquez inherited needed a redeemer, a storyteller. El Maestro lived to tell the tale

‘Many years later, as he faced the firing squad, Colonel Aureliano Buendía was to remember that distant afternoon when his father took him to discover ice.’ So began the story that changed the way stories were told. Anyone who ever held that book in his hands knew that the real was too magical to be missed by the living. That everydayness is too thin a deception to conceal the whirl of the surreal that history has bequeathed to each one of us.

One Hundred Years of Solitude, translated from the Spanish by Gregory Rabassa, the novel that launched Gabriel García Márquez (1927-2014) as perhaps the most original storyteller of the twentieth century, is a book renewed by rereadings. From almost every page of this family saga, the fantastical leaps out, like an extravagantly imagined tropical beast, but, at the end of the dizzying passage, you are not floating in the unreal. You are transported deeper into the real, and if the real in the world of García Márquez is oversized and exaggerated, blame it on history. If, in this world, the normal is as awesome as a train that looks like ‘a kitchen dragging a village behind it’ or as beautiful as a celestial girl called Remedios, blame it on the rite of memory, ancestral and political. Shall we say, a Macondo-shaped memory?

You could go on tracing the origin of fiction’s most feverishly imagined place, you could go on arguing how much Márquez’s Macondo is indebted to Faulkner’s Yoknapatawpha County, or, you could return to what García Márquez says about a childhood train journey in his memoirs, Living to Tell the Tale: ‘The train stopped at a station that had no town, and a short while later it passed the only banana plantation along the route that had its name written over the gate: Macondo. This word had attracted my attention ever since the first trips I had made with my grandfather, but I discovered only as an adult that I liked its poetic resonance.’ He never heard anyone saying the word, and when he read in an encyclopaedia that it was the name of a tropical tree, he had already made it a town in his fiction. Later, he discovered that the Makonde were a nomadic tribe. ‘But I never confirmed it, and I never saw the tree, for though I often asked about it in the banana region, no one could tell me anything about it. Perhaps it never existed.’

It exists, as one of fiction’s enduring datelines, as an invention as intimate as García Márquez’s birthplace, the Colombian town of Aracataca, and as magically absorbing— and disturbing—as the entire Latin American continent. Here, an insomnia plague or a banana fever is not out of place. Macondo, fully realised in One Hundred Years of Solitude, could have happened only in the pages of a novel shaped by the twin powers of memory and history.

García Márquez has attributed this overwhelming fabulism as a literary technique to the storytelling style of his grandmother, who narrated the most unbelievable tales with a “brick face”—emotionless. The tone—documentary and journalistic—is prevalent across the maestro’s oeuvre, but the detachment is all the more necessary for a novelist from a place where the past is a text of stifled freedom and dictatorship. The reality was less real—or too real to be real.

As García Márquez says in his Paris Review interview: “The trouble is that many people believe that I’m a writer of fantastic fiction, when actually I’m a very realistic person and write what I believe is the true socialist realism.” The term socialist realism could be misleading as it comes from someone whose fiction is far removed from the kind of drabness that style, as we understand it, is associated with. What he means is that, if you guys find what is real for me is magical for the rest, well, it’s your problem. As Salman Rushdie, whose indebtedness to the maestro is apparent in Midnight’s Children, says, ‘García Márquez decided that reality in South America had literally ceased to exist: this is the source of his fabulism. The damage to reality was—is—at least as much political as cultural. In Márquez’s experience, truth has been controlled to the point at which it has ceased to be possible to find out what it is. The only truth is that you are being lied to all the time.’

So it’s pretty much real when in The Autumn of the Patriarch, his other big book before the Nobel Prize, the dictator gives away the oceans as debt payment: nautical engineers carry off the Caribbean ‘in numbered pieces to plant it far from the hurricanes in the blood-red dawns of Arizona.’ Or when the Patriarch one day wakes up late in the afternoon and thinks it is morning, and his countrymen have to stand outside the palace window with cut-out suns to create an illusionary morning for the dictator. The possibilities of el realismo mágico are immense in a Márquez novel: they bring out the many variations of the relationship between solitude and power. The Autumn of the Patriarch is the story of a lone, nameless dictator in a nameless nation. In him we see the shades of every Latin American dictator, and in his country we see the geography of every South American country under a dictatorship, but what makes the book bigger than an allegory is the solitude of the Patriarch, whose monstrosity is matched by his melancholy. As Gerald Martin writes in his biography of the novelist, ‘García Márquez had realised, he told interviewers, that this dictator was what Colonel Aureliano Buendía would have turned into if he had won his war—in other words, if Colombian history had been different and the Liberals rather than the Conservatives had triumphed over the course of the nineteenth century.’

In many ways, The General in His Labyrinth, one of his major post-Nobel Prize novels, is an extension—or maybe a variation— of The Autumn of the Patriarch. The novel on the last lonely days of Simón Bolívar could have easily been called ‘The Autumn of the Liberator’. Here, García Márquez reverses his technique: he turns the mythical into the mundane. Bolívar the liberator is less than his historical size: humanised and shrunken, a pastiche of the magic that was: ‘a master of the arts of war, no one surpassed him in inspiration.’ Now, ‘I’m old, sick, tired, disillusioned, harassed, slandered, and unappreciated.’ No amount of cologne, on which he was once accused of spending eight thousand pesos of public funds, can keep away the stench of reality. The Liberator cries out in hopelessness as his idea of unity disintegrates at the same speed his body does: ‘Damn it, please let us have our Middle Ages in peace!’ The curse of the Liberator, a figure of mortal disillusion, would outlive him: ‘America is ungovernable, the man who serves a revolution ploughs the sea, this nation will fall inevitably into the hands of the unruly mob and then will pass into the hands of almost indistinguishable petty tyrants of every colour and race…’ Like any other death in a Márquez novel, poignancy and pathology, poetry and grotesquery, are at play when the Liberator is finally freed from his labyrinth—eight buttons of pure gold will be torn off from his blue tunic in the confusion of his death.

The picaresque of Bolívar would be mimed by the history of Latin America, starring wannabe Bolívars. Hugo Chávez was the most ambitious—and ludicrous. The other, withering away in Havana, was a friend of the novelist, and García Márquez was rather defensive about the Maximum Leader when he described the friendship as purely literary. García Márquez, unlike the other member of the Latin American boom, Mario Vargas Llosa (Carlos Fuentes was the third), travelled on the left. Llosa is unapologetically Thatcherite, and his spat with García Márquez is now part of literary trivia.

As the most famous writer of the Spanish-speaking world, García Márquez may have enjoyed political attention. What sets him apart is not the ideological incompatibility of his politics but the expansiveness of his imagination. He has written one of the greatest love stories ever told at the peak of his post-Nobel fame: Love in the Time of Cholera, an epistolary romance in which Florentino Ariza waits for fifty one years, nine months and four days to regain Fermina Daza, who had once agreed to marry him if he promised not to make her eat eggplant. Set in an unnamed port city in the Caribbean, this is another only-Gabo-can moment after One Hundred Years of Solitude in the history of twentieth century fiction. We are back to the interchangeability of love and death: ‘At nightfall, at the oppressive moment of transition, a storm of carnivorous mosquitoes rose out of the swamps, and a tender breath of human shit, warm and sad, stirred the certainty of death in the depths of one’s soul.’ Love is the only thing that interests Florentino, who eats roses, and fills up twenty-two notebooks with six hundred and twenty two entries of carnal conquests in the waiting period. In the end, when the reunited lovers go sailing down the Magdalene, the infinity of longing and the inevitability of death merge in the river.

On a smaller scale, but as fabulous as ever, the love story is played out in Of Love and Other Demons, with a backdrop more sinister than cholera— the church. This is what the exorcist lover says: ‘I have always believed He attributes more importance to love than to faith.’

Even as we appreciate the magic of his realism, we cannot afford to miss one of South America’s most versatile journalists at work. García Márquez, the master of detail, employs the craft of narrative journalism in his fiction. In News of a Kidnapping, a reporter’s book on the hostage-taking by Pablo Escobar, the art of journalism and the flair of fiction join to make the drama of drugs, politics, diplomacy, and the struggle of the ten abducted Colombians, nine of them journalists, as engrossing as any Márquez story.

The reality of the world Gabriel García Márquez inherited needed a redeemer, a storyteller. El Maestro lived to tell the tale.