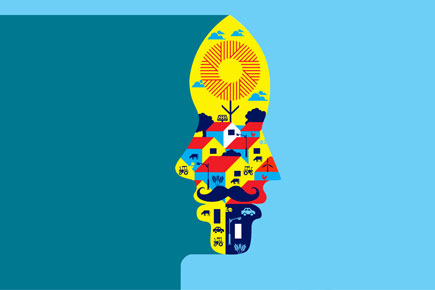 Freedom is a permanent dispute. It is an ideal never achieved. It is a trans- gression against which there are always vigilantes on guard. It is a struggle that every citizen with a conscience needs to be part of. It is an idea whose excessive distribution frightens men in power, whether in a democracy or dictatorship, no matter. It puts man against God, and an argument over it is seldom settled even in a war. It is power, paranoia, fear, caution, subjugation, chaos… it all depends on how you make use of it. Freedom is about being alive.

It is the season of freedom-speak and, predictably, journalists and politicians, commemoration nuts to the core, cannot keep quiet. So here we are, waiting for Narendra Modi to speak salvation—isn’t it time?—from the Red Fort in Delhi; or dreading to be woken up by another headline of how someone else’s freedom struggle has become terror for the other; or protesting against a voyeuristic state which is also a perennial moral harrumpher. It is the season when you can wrap yourself in the tricolour and lose yourself in simulated patriotism, or you can switch off that TV on which yet another pol is mouthing platitudinous bunkum. Better still, join us in an interesting conversation on an idea that cannot be taken for granted any longer, spread across the following pages.

This conversation is rewarding because, elsewhere, outside of these pages, all the noise comes from select votaries of endangered freedom. The libertarians have set themselves against a state that is intrusive, domineering and never tired of issuing commandments. In the age of Snowdens and Assanges, data is tyranny and information is an instrument of intrusion. In the realm of the private, the state cannot set the rules of morality or responsibility. The freedom of the individual is absolute. The libertarian versus the state is a conflict that will never reach a resolution in any democracy, be it America or India. We Indians are now getting used to a state whose social responsibility is increasingly at odds with the rights of the individual.

Should the state be worried about the moral health of its citizens? Or should it be reading all those bad things that appear in social media? Of course, as Shashi Tharoor, himself a star as well as a victim of the virtual commentariat, argues elsewhere in the magazine, the freedom of the internet interlocutor is not necessarily matched by his literacy or dignity—or his courage. The troll flourishes in the sewage system of cyberspace. Still, should evolved democracies such as India mime the Chinese to sanitise the internet? No, unless the space is used for inciting hate and violence. It is not just the Book that sustains modern-day jihad; technology too is at the service of an angry god. This brings us to another freedom struggle to which no country can remain indifferent these days.

The Book against the book, the Word against the word, is as old a confrontation as faith and imagination. In another time, the commissar was the proof-reader, looking for counter-revolutionary tendencies hidden between the lines. Today, it is God’s vigilante who is doubling as literary critic and moral philosopher, as the unsolicited engineer of the soul. Remember, this is a country where one Syed Shahabuddin could get Salman Rushdie banished even before Ayatollah Khomeini was woken up to the blasphemy by the anti-Satanic protests on TV. Today, India is a merciless place for novelists and historians who dare to defy taboos. The idea of the sacred that permeates our past, and the gods that power the politics of exclusion, and the iconography of social empowerment all make interpretation or imagination a life-threatening business in this country. More worrying is the elasticity of a state that allows the guardians of the sacred to set the rules of our engagement with ideas. The state should not stifle arguments.

That said, on the 68th anniversary of India’s Independence, we are not a people with a controlled conscience. We are not living in a place where the illiberal instincts of the state are not at play either. The old struggle for a balance between social obligation (which has been famously theorised as communitarianism byAmitai Etzioni) and individual freedom rages in all democracies, but in India, more often than not, it is as if the self-elected custodians of faith and culture have an obedient state at their service. That is why a political leadership that realises the sanctity of individual autonomy and the limits of the state in the affairs of its citizen is all the more relevant today. Ideas are redeemed by arguments, and freedom is such an idea that is enhanced by a profusion of them. By the time you turn the last page of this special edition on freedom, I hope you will appreciate that we at Open never miss a good argument.