Does Sonia’s Way Differ from Anna’s? 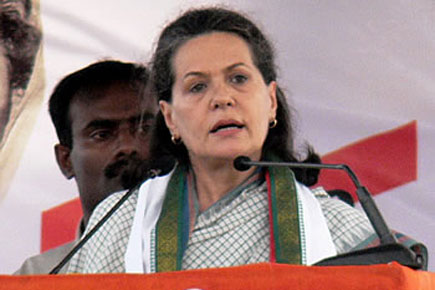 
One of the problems with the debate on the Lokpal Bill has been Anna Hazare’s belief that he can exercise a veto over any provisions of the Bill that do not meet his approval. Often enough, this has brought him close to challenging the Parliamentary prerogative to decide on legislation. But it is also true that this process has shed more light on the legislative process than we normally witness. Moreover, Anna and members of his team have been willing to subject themselves to intense media scrutiny. Can we even begin to say the same about the Food Security Bill?

The idea is a product of the National Advisory Council (NAC). Long before the Anna movement became reality, we had argued on these pages that this ad hoc body, unaccountable to the public or Parliament, was setting a dangerous precedent. Members of this ad hoc body, opinionated individuals much like those who make up Team Anna, depend on the power of one individual, Sonia Gandhi, to achieve their aims, much as is the case with Team Anna’s reliance on Anna Hazare.

In democratic terms, it may seem that the difference between Sonia Gandhi and Anna Hazare is considerable—she is the leader of India’s ruling party and also an elected representative—but how does this really measure up in terms of drafting and passing legislation? Members of the NAC have been willing to talk about the Food Security Bill, they have answered several questions, and written about their ideas, but the chief proponent of the Bill is, as always, silent on the reasons that led her to reject some cogent objections that had been raised within the UPA Cabinet by people such as Agriculture Minister Sharad Pawar. These boil down to asking whether the amount of foodgrain the scheme requires can actually be procured and whether the economy can sustain the increased fiscal burden. Neither of these is an irrelevant objection, but they have been suppressed in the Cabinet through Sonia Gandhi’s intervention.

This may have settled the argument for now, but that does not make the objections less relevant. There is another issue that has not been raised, and it is potentially even more serious. However illustrious the members of the NAC are, they seem to lack knowledge of agriculture in the country and the potential problems that lie ahead. The success of India’s food procurement policy and its food security continue to be largely dependent on the surplus produced by Punjab, thanks to the Green Revolution. The combination of high yield varieties, easy availability of groundwater and assured prices through procurement has seen a state where paddy was hardly ever grown become one of the largest producers of the crop in the country. A third of the rice in the national pool comes from Punjab.

This, though, has been slowly pushing the state towards agricultural disaster. The groundwater, which in many regions of Punjab was close to the surface, has dropped to over 200 ft, and the use of expensive submersible pumps is now the norm. Soil quality has declined considerably. Both these are non-renewable resources which are being depleted to benefit the rest of the country. Experts from Punjab Agricultural University have estimated that at least 25 per cent of the area in the state under paddy needs to be urgently diverted to other crops. Since much of this is surplus in a state that is not a large consumer of rice, this would amount to a direct shortfall of a quarter of the procurement from Punjab. For the sake of agriculture in Punjab and hence the food security of India, a sane procurement policy needs to plan for a decline of 10 per cent in the national pool of paddy over last decade’s average procurement figure; instead, the NAC expects this to go up 10–20 per cent over last decade’s maximum procurement. This difference is large enough to call the entire idea into question.

Such problems can only be considered by bodies planning for the long-term, something the NAC should actually be doing if it is to do anything at all. Short-term populism will ensure there will be no critics of the law in Punjab, and farmers will welcome the immediate benefits that come their way. But this new policy is really the equivalent of supplying drugs to addicts—you do not expect any addicts to protest. When Sonia Gandhi rides roughshod over serious objections for the sake of a few state elections looming ahead, we see an abdication of governance far more severe than in the Lokpal Bill’s case. An old and fallacious argument can be made that the interests of the few (in the national scheme of things, that is what a small state amounts to) must be sacrificed for the greater common good, but that fits China more than it fits us. And even that is a shortsighted view. The eventual decline of Punjab’s agriculture will affect us all, and ruin the very possibility of food security in India.