Congress to Blame for Book Ban

The party should shed its hypocrisy on the freedom of expression 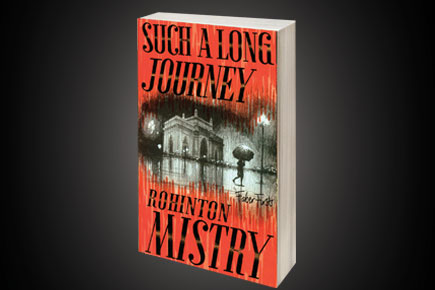 The party should shed its hypocrisy on the freedom of expression


The Congress is a two-faced, and at times a corrupt, communal and authoritarian family concern. Why we still tolerate it is because it offers us a pragmatic choice—less communal than any alternative, less authoritarian than fascists and communists, and where corruption is concerned, far less obvious, even if some may say more efficient, in its depredations. As far as the family is concerned, the comparison with the Thackeray, Badal, Abdullah, Patnaik and Karunanidhi progeny speaks for itself. But surely, even granted that the opposition in the country makes it look tolerable, the party should still make some attempt to forgo its hypocrisy and opportunism each time an important principle of public policy is at stake.

Commenting on the recent Mumbai University ban on Rohinton Mistry’s Such a Long Journey, this is what Maharashtra Chief Minister Ashokrao Chavan had to say, “After Vice Chancellor Rajan Welukar briefed me on the contents of the book, I felt there was nothing wrong in Mumbai University’s decision to withdraw the book. In my opinion, the language used in the book is very bad.” The party spokesman, Manish Tewari, was questioned on this in Delhi. His answer, “Any imposition of restrictions on a literary work should be decided with the greatest circumspection…The Shiv Sena and Congress can never be on the same side of a political debate because our idea of India differs very radically from theirs,” he said. He then went on to add that the Congress could not be blamed for the ban because their alliance partner NCP held the education portfolio, and moreover, since Mumbai University was an autonomous institution, the media should address its queries to the varsity.

If the university is autonomous, what was the V-C doing briefing the CM? And if the Congress has no say in how its allies in government run a portfolio, then why was the Congress CM commenting on the ban? As far as books and freedom of expression are concerned, the Congress shares much with the Shiv Sena. The hypocrisy lies not in what Chavan has said in Maharashtra; this is the party’s actual stand. This is what it feels will win it votes. The hypocrisy lies in the gloss Tewari has given the issue. How is it possible for Manish Tewari to say that the Shiv Sena and Congress can never be on the same side of a political debate? Does he need a reminder of the Congress’ long history of attempted suppression of the media? Is he too young to remember the Emergency? Does he need to be told which government banned Salman Rushdie’s Satanic Verses?

The dangers of the Congress playing both sides of an emotive issue to the detriment of the country have been demonstrated over and over again, without the party learning any lessons. In a column in this issue, RSS ideologue MG Vaidya has pointed out how the Congress contributed to the tragedy leading up to the demolition of the Babri Masjid. The Congress’ dalliance with Jarnail Singh Bhindranwale contributed a great deal to the tragedy of Punjab. Even today, in Gujarat there is little the party can offer in defence when it is accused of being Narendra Modi’s B team. In this case, the Congress’ duplicity has only emboldened those who first sought the ban. The Sena has gone on to ask for a ban on the burkha, and even more astoundingly, the party has claimed that dabbawalas of the city have also raised their voice in favour of the Rohinton Mistry ban because his book denigrates them as well. It raises interesting questions about the tests books must pass before they can be published in Mumbai. Maybe, just maybe, alphabet primers may pass muster.

What is even more pernicious is the very people whose criticism the Congress would be most wary of have been co-opted in part by the party through the National Advisory Council. This is not to say that members of Civil Society have not criticised or will not criticise the Congress, but this is more in the nature of a friendly fight. Perhaps these are the very people who need to step away from the party and speak their mind. The book was banned by Mumbai University, and the government in power there is led by the Congress, not the Sena.

The autonomy of the university means very little when the V-C openly pays court to the CM. The buck stops with the Congress, and for all of Manish Tewari’s sophistry, it is this party which is accountable for the ban. Just because the Congress knows in the end it is the best deal in a bad bargain does not mean it can continue to get away with the indefensible.