Common Compassion Did It

Kejriwal found a way into the minds of people. But taking up their fight is another challenge 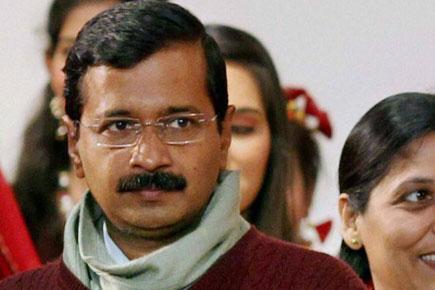 In the end, it wasn’t close at all. Arvind Kejriwal with a sweeping majority has swept away the arrogance (and dirt) of all other parties in Delhi’s electoral fray. No one had predicted or imagined in their wildest dreams—not even Kejriwal himself—that AAP will win back the trust of the city’s people, and so handsomely at that. In the tenacious battle of might versus the masses, the latter had a rewarding day: 67 seats out of 70. When did this happen last, hardly anyone remembers.

History books have chapter after chapter on the Janata wave, the Rajiv Gandhi crest and the recent Modi tsunami. But Arvind Kejriwal’s 67 win is a hurricane. The speed at which it has hit the Delhi political scene has halted the Modi momentum and pushed the Congress to obscurity.

But how did the man who was characterised as a ‘bhagoda’ (deserter), a self-confessed ‘anarchist’, go from being a man on the ropes to regaining Delhi’s chief ministership with such a commanding majority in the Assembly? Clearly, many shifted their voting preference from other parties to AAP keeping in mind their desire to have a people’s Chief Minister. Someone who can rule as well as fight the system from inside and outside!

From get-set-go, it was clear that Kejriwal was looked upon as a messiah of the poor. But in the end, many staunch supporters of Modi, middle-class voters, too switched sides. How and what made them do this? It was common compassion, stupid. After all, this is what politics has become today. It’s no longer about freebies and political pot shots. It’s about finding a way into the minds of people. Tapping their thoughts, speaking their language.

Last year, Narendra Modi of the BJP had won by appealing to hearts and minds. He was a dabang leader, irrepressible. He won his big battle for prime ministership, and had until now kept up his winning streak, displaying a tough attitude and character coupled with his promise of ‘achche din’ (good days) ahead. But in the case of Kejriwal, it was the empathy he showed that proved a big draw. Kejriwal won his historic mandate by becoming the nayak of people’s feeling, a street hero.

Kejriwal has emerged as a leader we haven’t had before. He is neither from an established political family, nor does he come from an established organisation. His most important asset is his being one of the masses himself, an authentic aam aadmi. He is epitomises the middle-class man with middle-class needs, and behaves with humility. Have we seen any politician apologise for a mistake?

Going by the word on the streets of Delhi after the election results, people want more than someone who cares about fixing problems; they want someone they think would care about them and their needs and who can fight the system on their behalf. Though Kejriwal’s 49 days in power about a year ago was tumultuous, and he was dismissed as a nuisance by many, it appears to have left a lasting positive impact on the city in direct and indirect ways. People recall fondly how the corrupt were on the run. Broadly speaking, besides the free water and cheap electricity, what worked in AAP’s favour was his fight for a corruption-free life. During his tenure, petty extortion by the police—traffic cops being especially notorious—all but disappeared entirely. Government officials did not want to take any chances either. Bribery saw a sudden reversal. Life had become a tad bit easier for many. And this got back Kejriwal his lost trust.

The sincerity of his apnapan (togetherness) with the people made him a favourite for not just the city’s have-nots but even its haves. He ran a positive, people friendly—perhaps even opposition-friendly—campaign. And in the end, his folksy demeanour charmed far larger numbers than anyone had predicted. In the battle between the ‘Pradhan Sevak’ and the ‘Janata ka CM’, Delhi saw a near consensus for the latter.

AAP’s victory underlines the point that people no longer want just a leader. They want a fighter. A leader who will take on a system seen as loaded against common people. After all, as the line goes, ‘You need to be in the system to change the system’.

Arvind Kejriwal has become that change.

He has no particular ideology and has opted instead for a pragmatic outlook to go with his populist pitch.

Will he become a part and parcel of the system, like any other politician? Will he truly be a ‘Janata ka CM’?

The people’s expectations are high and his clock starts now.