Go ahead. It is alright to choose your car over the environment 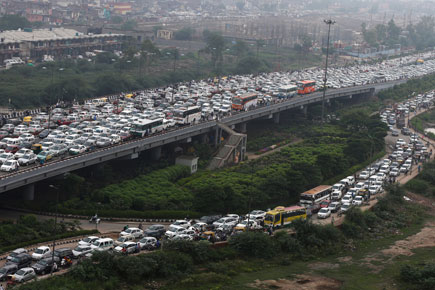 The odd-even licence plate formula sprung on Delhi’s car owners by the Delhi government is the revenge of Chief Minister Arvind Kejriwal on an upper middle-class that abandoned him. And in doing so he has also shown a mirror to them: armchair environmentalists who have for years been talking about Delhi’s unbreathable air now find themselves being asked to make a sacrifice for it and not particularly wanting to oblige.

Among the reasons put forward for why the odd-even licence plate formula shouldn’t go ahead, take the one that says the move threatens the safety of women. It assumes that owning a car is a necessary condition for safety in Delhi. That in turn assumes that taxi and auto drivers are dangerous for any women to be around, an elitist typecasting of poor people as potential criminals.

There is also the question of equity. The majority of working women in the city don’t own cars and if they can survive despite being at the mercy of whatever other options are available, then so can car owners. In a just society, everyone should participate in its rewards and also risks. Clean air is clean air for everyone and safety should be safety for everyone.

A phrase like ‘women’s safety’ is designed as an emotional appeal, making the policy come home unlike, say, the other argument that taking half the cars off the streets would not make the city’s air more breathable because in the long term everyone will buy one more car. It takes great economic optimism to think that everyone who has one car can afford another. It is dry, unconvincing logic.

Emotional appeals, on the other hand, seem powerful but can cut both ways if, say, someone were to ask, ‘Should asthmatic children die breathing the polluted air instead just because you cannot give up travelling by car for a while?’

At its root, opposition to the policy has only one reason: it is horribly inconvenient to travel at the mercy of public transport. That is the most honest—and a perfectly legitimate— reason to oppose it. To say that ‘I am alright with the air being dust so long as I don’t have to be humiliated by the refusal of rickshaw and taxi drivers or being crushed in the buses or being at the mercy of a Metro which the government shuts down when someone decides to go on a protest march to Rashtrapati Bhavan.’

It is morally right to prefer one’s car over one’s city and country because the city and country have long ago given up on you. Otherwise they would have a first class public transport system at your doorstep by now. It does not exist because you don’t exist for them.

The Delhi government promises to augment public transport to accommodate all those who will no longer be able to drive. What they will end up doing is squeezing everyone in until people are standing on top of each other and then tick a box in a file saying that the target was achieved. That is good for them, not for you. Be selfish, survive as best as you can in a country that tries its best to make you miserable. There are bigger considerations to life in India than saving the planet.