Anti-ISIS Fatwa Finds No Mention in Most Urdu Dailies 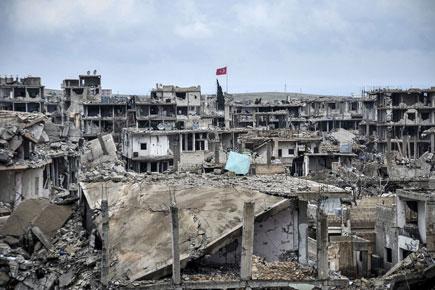 On September 9, English-language websites published a report that 1,050 Indian Islamic scholars have issued a 15-volume fatwa (edict) against the jihadist group Islamic State, or ISIS. "In a letter to United Nations Secretary General Ban Ki-moon," a report noted, "these scholars described themselves as believers and followers of Islam and strongly condemned the actions of the ISIS." Since dozens of Indian Muslims have been found to be attracted to the jihadist message of ISIS over the past year and some have died fighting in Syria, it is reasonable to expect that the Urdu newspapers should have carried the report on the anti-ISIS fatwa.

Urdu dailies, which are mainly read by Muslims, have Muslim editors. However, a review of Urdu newspapers of September 10 published from across major Indian cities indicates that most of the editors did not deem it relevant to publish even a small report on the anti-jihadist fatwa.Roznama Urdu Times of Mumbai, from where four Muslims flew to Iraq and joined ISIS last year, did not carry the news item on its frontpage. Its editors thought it necessary to publish a two-column report on the killing of a journalist in Karachi on the frontpage, but the report about the anti-ISIS fatwa was pushed back to page 12, giving only small space.

Similarly, Roznama Inquilabof Mumbai did not carry the news story anywhere in its pages, though it published a two-column story about the controversy on the renaming of Delhi's Aurangzeb Road and a full article on the same issue. Aurangzeb was an Islamist Mughal emperor and government officials have recently renamed the road after Dr. APJ Abdul Kalam, the much-loved former president who died on July 27. The responses of Urdu editors appear surprising because last year a Mumbai-based Muslim youth was caught in a plot to carry out a suicide attack on a city school catering to American and Italian students and this month another Muslim youth was persuaded to refrain from jihadism after his messages on Facebook alarmed security officials.

Roznama Asia Express, published from Aurangabad not far from Mumbai, did not mention the anti-ISIS fatwa anywhere in its pages, though its editors thought it vital to publish a story from far-away Bihar regarding seizure of illicit mini-gun factories in Bhagalpur – on their frontpage.

Published from New Delhi, Roznama Sahafatgave a three-column space on its frontpage to a story about a Saudi diplomat accused of sexually harassing a Nepalese maid servant, but the anti-ISIS fatwa did not find space in its pages. Its editors, however, did give a three-column space on page 2 to a report on the deaths of 12 people in Syria due to sand storm.Roznama Jadid Khabar, also published from New Delhi, did not consider it pertinent to carry a report on the anti-ISIS fatwa on frontpage. However, its editors published three stories regarding Pakistan on the frontpage: about the killing of journalist Aftab Alam in Karachi, an attack on Geo television van and a statement of Pakistani Prime Minister Nawaz Sharif regarding Pakistani nuclear weapons. A short news item about the anti-ISIS fatwa was however published on page 2.

Roznama Aag of Lucknow seems to be a spectacular exception to this trend. Its editors gave a three-column space for the fatwa story on frontpage, saying in the headline: "The ISIS's activities are contrary to the Islamic teachings." A sub-headline noted the role of Lucknow-based Darul Uloom Firangi Mahal in the fatwa: "Darul Uloom Firangi Mahal issues fatwa, Indian youths advised to stay away from the terror group."Roznama Siasat of Hyderabad also appears to be perhaps only other Urdu daily that gave a two-column space on its frontpage saying that the ISIS's activities are contrary to the teachings of Islam.

However, Roznama Munsif, another major newspaper published from Hyderabad, did not publish the anti-ISIS fatwa story anywhere in its pages, but it carried a report on Shiv Sena's opposition to government ban on the sale of goat (sic) meat in Mumbai due to religious sensitivities of Jains. Its editors also found space on page 8 for a long report titled, "London declared dangerous city for orthodox Muslims." The response of Hyderabad-based editors should be a concern because more than a dozen engineering students from the region, including a female, were stopped from flying to Iraq to join the ISIS. Publishing a report on the anti-ISIS fatwa could have helped security officials in their counter-radicalisation efforts in Hyderabad region.

Roznama Rashtriya Sahara, published from Kolkata and from several other Indian cities – did not publish a report about the anti-ISIS fatwa. However, its editors found it necessary to publish on frontpage a two-column report about a unique puja (Hindu prayer) involving 7 lakh currency notes to be organised on September 12 in a Gujarat temple.On page 7, its editors devoted full-page space to the issue of renaming the Aurangzeb road, including an article titled "Fascistic politics in the name of Aurangzeb Alamgir." The Bangalore edition of Roznama Rashtriya Sahara also did not mention the anti-ISIS fatwa, not even worth a mention on the backpage. It should be mentioned that a Muslim youth named Mehdi Masroor Biswas, who used a Twitter handle @ShamiWitness, was last year arrested from Bangalore for mass-scale social media jihad in favour of ISIS.

Roznama Sangam of Patnadid not carry the fatwa story on its frontpage, though its editors found some space for one-column report on the last date of filing income tax return on the frontpage.Although its editors found it fit to publish a one-column report saying that half of the U.S.'s youth population is affected by diabetes, the anti-ISIS fatwa did not find any space anywhere in the newspaper. Similarly, Qaumi Tanzeem, another leading newspaper from Patna, gave two-column space to Nawaz Sharif's statement on its frontpage, but the fatwa story was missing.It carried a long report on the Elizabeth II, having broken the record of Queen Victoria as the UK's longest-ruling monarch.It also carried an editorial titled: "Muslims unsafe in Europe" but there was no mention of the anti-ISIS fatwa. The newspaper's website, not exactly a replica of its print edition, does not show any report about the anti-ISIS fatwa.

Roznama Hind Samachar, published from Jalandhar in Punjab, gave a three-column space to Queen Elizabeth's tenure as the British monarch but there was no mention of the fatwa anywhere in its pages. It also gave two-column space to the release of Apple's iPhone 6S and iPhone 6S Plus.Roznama Kashmir Uzma of Srinagar in Jammu & Kashmir did not carry any report about the anti-jihad fatwa despite the fact that at least one Kashmiri Muslim based in Australia went to join the ISIS via Turkey and in recent months many Kashmiri youths have waved ISIS flag as a protest.

There are hundreds of Urdu dailies published from across India. Most of them publish multiple editions from different cities. Some are even Hindu-owned but their readers are essentially Muslims. A newspaper's headlines reveal the undercurrents of intellectual thought in a community, in this case the viewpoints of the Muslim community. While it is not possible to review all the dailies, this sample of review of Urdu dailies from major Indian cities reveals that the threat of the Islamic State is not a concern of Muslim editors. While the anti-ISIS fatwa has found coverage in the Western press, it stands shunned in India's Muslim press.