All Things to All Voters

Kejriwal will soon have to choose what his party is about 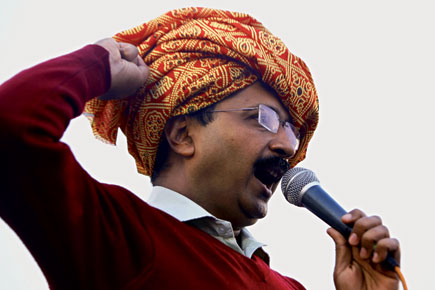 Since memory is short in politics, and when movements peak their beginnings get clouded, it might be worthwhile to remember that the first to latch on to Arvind Kejriwal was the middle-class of India.

They were the ones who came out in droves during Anna Hazare’s fasts while Kejriwal sat silently by the side. And when he decided to enter politics, this was the class which first made his core base of volunteers.

A few months after the first AAP government in Delhi had come and gone, I remember attending a function in a school in Palakkad, Kerala, which is about 2,500 km from Delhi, and meeting a retired man who proudly spoke about how he and a few others had gone all the way to Delhi to campaign for AAP. They were firmly middle-class and you know this because they paid for their own travel and accommodation.

Corruption was an issue that the middle-class identified with but it was never enough to win an election. Kejriwal, with great astuteness, courted those at the lower end of the social scale like auto-rickshaw drivers and slum dwellers.

The mystery in the results of the Delhi election this time is how he still had the middle-class behind him. Because which flat dweller likes a slum being regularised?

And when electricity is free up to 600 units but more expensive than before over that limit, then why should anyone with an air conditioner vote for AAP? But they did this time.

A political party can get everyone to vote for them but it only happens once. In government, every action that benefits someone antagonises another.

For instance, office commuters hate rickshaw drivers because they often refuse to ply on demand or don’t charge by the meter. A government will have to take a side and the other side won’t be happy. Given AAP’s recent posturing, things don’t look too good for the middle-class.

Then there is the question of what exactly the ideology of AAP is. No one, including them, really knows where they lean—left or right or centre, big government or small government, pro-business or pro-worker.

They are a party that began on one plank, corruption, and went on to other issues depending on the resonance they got. There is no connection between free electricity and corruption and being pro-trader.

What Kejriwal wants to be is everything for everyone and it is a noble thought. But that is not something anyone can do unless it is a government that lasts 49 days.

A currency that Kejriwal unquestionably has over others is manic honesty and integrity. But, in a country where most people see nothing wrong in being corrupt while wanting a clean system, those are qualities whose appeal has a short half-life.

Manmohan Singh was for years labelled ‘honest’, but after a point who cared? It became a term of derision: he was honest and yet…

Ultimately, there is a sad inevitability to all politicians who come riding on a promise of change and get exhausted on the throne.