Resisting a lifetime of lessons, I take ownership of myself 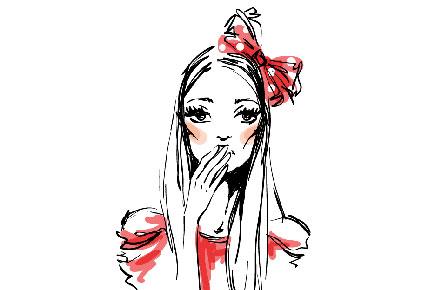 Resisting a lifetime of lessons, I take ownership of myself


‘Girls like you.’ How many times have I heard these three words before? I’ve lost count. There have been times they’ve been hurled at me in anger, times they’ve been whispered in surprise into my ear, and times when the eyes said them so volubly, I couldn’t remember whether the lips had actually spoken them or not.

As a child, they confused me, rocked my world. One day I was a child and the next, part of a ubiquitous sisterhood of girls like me. “Girls like you don’t run around the school grounds like a wild beast wearing shorts,” my mother admonished one day soon after I entered my teens. “Girls like you must sit with your ankles crossed and back straight,” instructed my mentor at the weekend finishing school I was made to haul my reluctant ass to because my parents could afford to pay for the transformation of their awkward teenage daughter into a young lady they approved of. In school, girls like me were supposed to take home a prefect badge at the start of every academic year. In college, we were supposed to stay away from the boys, and as grownups, it was okay to copulate with a stranger, but only so long as he was a registered husband.

In college, I read Noam Chomsky’s Manufacturing Consent: The Political Economy of the Mass Media. It spoke of how public opinion was not free thought, but the result of a careful doctoring of facts; how people were being manipulated to enable their own domination. As I studied the forces behind American news media, I wondered how different my own life was. Was I just another sheet in a newspaper that helped dictate a woman’s understanding of her role and purpose in life? An understanding manufactured by a lifetime of misogyny masquerading as tradition, and by oppression so subtly persuasive, we’re fooled into believing our choices were our own.

For as long as I can remember I’ve been told who I am supposed to be based on my gender and nationality. I’m habitually reminded of how Indian women are different, what Indian-ness looks like, how it’s supposed to feel. How we’re supposed to eat, drink, dress, speak to elders, fuck, not fuck, what we’re supposed to aspire to and feel proud of. These lessons have persistently corroded the essence of my being for all of my adult life. The battles in my head have been more difficult than those out in the world. “That tattoo is going to come back to haunt you,” my father yelled. “You won’t get a job. No one wants to marry a girl like that.” For each time I’ve actually felt brave, I can remember 10 times I’ve had to fake it; to pretend that I wasn’t terrified of finding myself alone out in the cold. The safety net has a way of luring you in. There have been times I’ve stood at the doorway, about to enter a room warmed by the fires of societal approval; times when giving up a part of me didn’t seem like too high a price to pay for the comfort it afforded.

But a voice inside my head reminds me that all of me is mine. My body, my mind, my soul, my voice, my uterus, my sexuality, my Indian-ness, they’re all mine. Mine, not theirs. Mine to do with as I see fit. Mine to display as much or as little of as I choose.

A few weeks ago, I heard the words again. They came from two readers of this column. ‘I hated you, initially,’ he wrote. ‘I used to worry, what if I end up marrying a girl like you without knowing it?’ I wrote back with good wishes and the sincere hope he wouldn’t fall victim to such a cruel trick of fate. The second, a friend’s acquaintance, managed to conduct a thorough background search: “Why is a girl like you writing such a column? You come from a good family and you clearly don’t need the money…”

I don’t believe I’ve ever hated the words as much as I hated them then. But I also realised that hatred is lethally addictive. You can walk away from love, but not from what you hate. So this column is dedicated to the power of hatred. Why do I write it? Because it’s a giant ‘fuck you’ to every man who has ever tried to colonise a woman’s sexuality. It’s my picket sign against gender roles, sexism, unrealistic standards of beauty and plastic spirituality. A ‘fuck you’ to those who won’t come out and say it, but who, we both know, think she ‘kind of had it coming’.

Toni Morrison writes in Beloved: ‘Freeing yourself was one thing, claiming ownership of that freed self was another.’ That, dear reader, is why I write this column.