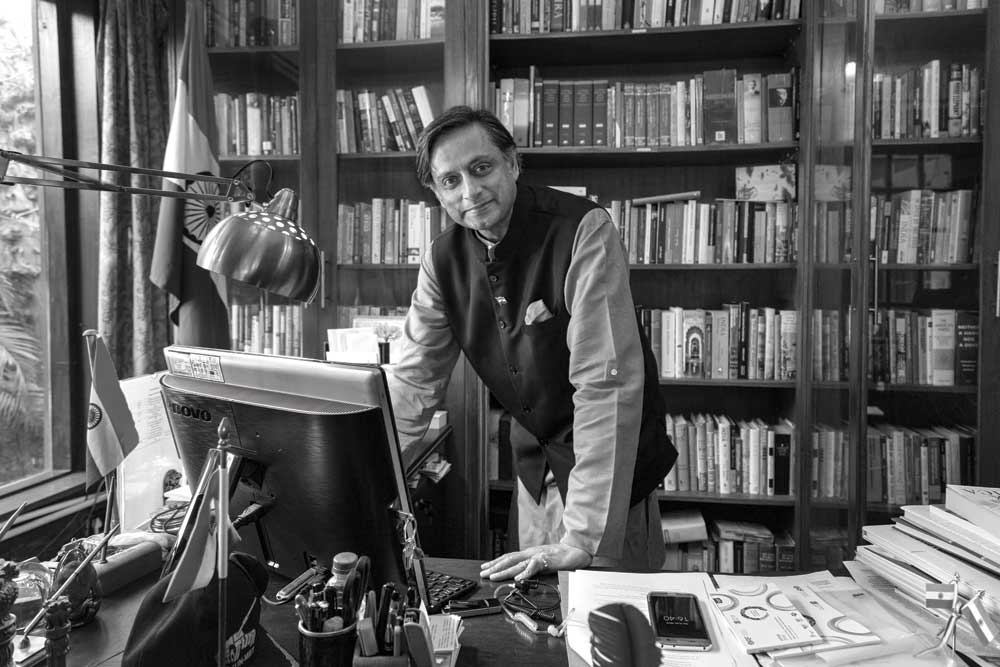 He is one of the country’s best orators. And very few politicians write essays as well as he does. His image may have dulled slightly from the time he made a grand entry to politics in the summer of 2009, but still shines bright amidst the decline in the fortunes of his party, the Congress. When it comes to railing against the British Empire—be it at Oxford or in the international press—for the colonial loot of India’s resources, nobody contests he is the best bet.

“His appetite for work is formidable, which is what allows him to be, all at once, parliamentarian, author, public speaker and thinker” – Manu Pillai, author and Tharoor’s chief-of-staff

Last year, he developed the argument into booklength in An Era of Darkness: The British Empire in India. Despite trials in his personal life, Tharoor has weathered the storm, endearing himself to politicians across the spectrum thanks to his communication skills and authority over a range of subjects, foreign policy especially. The Thiruvananthapuram MP is a hard worker, who, unlike most politicians, has found time to write books and contribute to crucial debates. Free of party lines, he has argued in favour of a presidential system of governance.