The dissidents, meanwhile, say that it is a Catch-22 situation. Either Rahul Gandhi must take the responsibility or leave the office totally to someone else 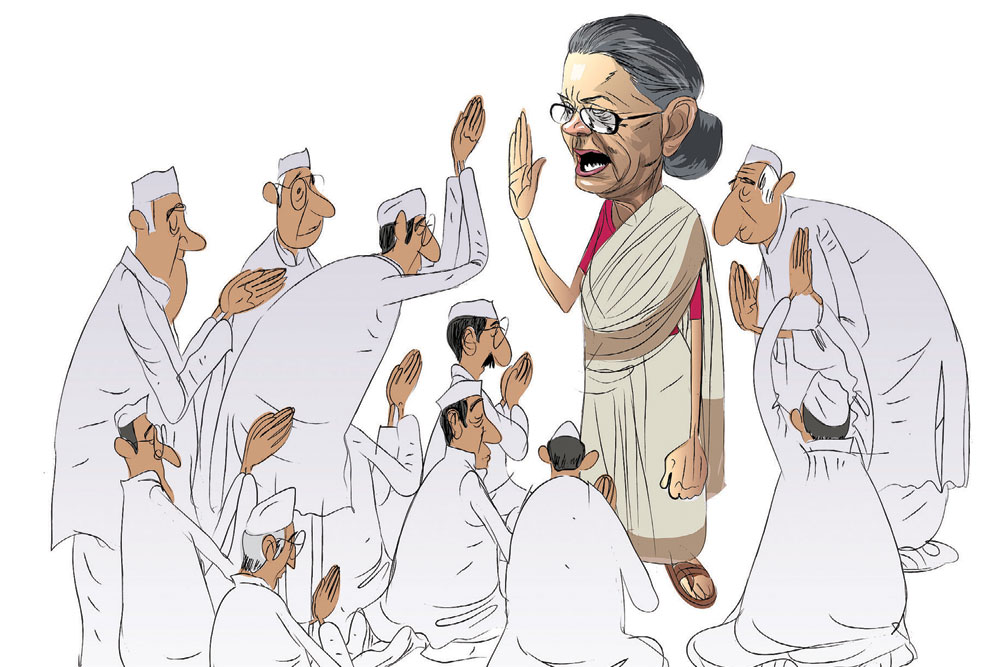 
Sonia Gandhi will remain interim Congress president till the upcoming Assembly elections are over. The party will have to wait for a new president until June at least. The decision was taken by the Congress Working Committee but the meeting was not without problems. Ghulam Nabi Azad and Anand Sharma raised the question of organisational elections and were supported by P Chidambaram and Mukul Wasnik. They wanted elections not just for the party president’s post but also for a new working committee. And to oversee it all, a new election committee. But Ambika Soni and Ashok Gehlot were against the idea, asking that when the Bharatiya Janata Party (BJP) is busy with elections in West Bengal, Tamil Nadu, Kerala, Assam and Puducherry, what Congress should focus on. Amarinder Singh, Oommen Chandy, AK Antony and several other leaders also criticised the dissidents and said the decision should be left to Sonia Gandhi. The dissidents, meanwhile, say that it is a Catch-22 situation. Either Rahul Gandhi must take the responsibility of presidentship again or leave the office totally to someone else.

Identity politics is taking centrestage as the West Bengal election campaign heats up. Kolkata has more non-Bengali communities as per the Census report. Also, in different districts of the state, there is an average of 10 per cent non-Bengalis. Places like Siliguri, Asansol and Barrackpore are dominated by Hindi-speaking people. Trinamool Congress leader Mamata Banerjee’s strategy is to put up non-Bengali candidates in these areas.

In social media mobilisation, the Trinamool Congress (TMC) is still no match for BJP as the West Bengal election draws near. BJP workers are said to have made 50,000 WhatsApp groups that can make any political issue viral. Its IT cell head, Amit Malviya, now spends most of his time in the state for formulating social media narratives. TMC is trying to counter the messages with its own social media strategy, but BJP has a lot more experience in this field. 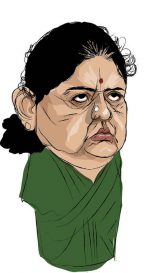 As VK Sasikala comes out of prison, which side will she be on for the coming Tamil Nadu Assembly election? All India Anna Dravida Munnetra Kazhagam (AIADMK) is already a divided house, with groups led by the current chief minister and his opponents. Will Sasikala float a third front within AIADMK and put up candidates? She is said to be keen on allying with BJP, which does not have much strength in the state. They were banking on Rajinikanth to float his party, but that chapter is over. BJP needs a consolidated AIADMK to counter Dravida Munntera Kazhagam (DMK). For Sasikala, allying with BJP might also mean assistance against legal cases. The question is whether Narendra Modi and Amit Shah would want any truck with her.

Chants of ‘Jai Shri Ram’ at a recent programme on the Victoria Memorial grounds, where both Narendra Modi and Mamata Banerjee were present to mark Netaji Subhas Chandra Bose’s birth anniversary, led to a major controversy when Banerjee refused to give a speech in protest. But she did not walk out of the venue. After finishing his speech, Modi invited her to a tea party which she attended. It seems that, despite the bitter politics, their personal equations are cordial enough.

BL Santhosh, the Rashtriya Swayamsevak Sangh (RSS) functionary-turned-BJP organisation secretary, is going to Kolkata and Guwahati where Assembly elections are to be held. He is meeting West Bengal and Assam leaders to learn about the political situations in the two states. In the nomination process too, RSS will play a role and Santhosh, who is close to the prime minister, will act as the bridge between the two. 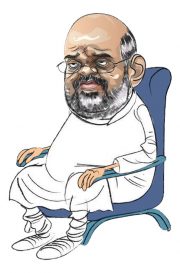 The Intelligence Bureau (IB) thinks there were agents provocateurs inside the farmers’ movement on Republic Day that deteriorated into violence. Both Khalistani leaders based out of Canada and Pakistan’s intelligence agencies were active in the conspiracy. Home Minister Amit Shah met intelligence officials and ordered more security. But he raised the question inside the ministry as to why Delhi Police and IB did not come to know about the plot beforehand. The Government is also reportedly upset with the Supreme Court order that allowed the tractor rally.

Who will be the next US ambassador in India under Joe Biden’s presidency? The current ambassador is going back and there is much speculation on his replacement. In the diplomats’ circuit, the gossip is that Amos Hochstein could be the one. He is a 48-year-old American businessman with experience in diplomacy and national security. He was in the Obama administration and has worked in the US Congress too. No one really knows what’s on Biden’s mind as of now.

Heads Up for Vaccine Diplomacy

China started early to send their vaccines to neighbouring countries but the credibility of Indian vaccines is now more with even Bangladesh rejecting the Chinese vaccine. Meanwhile, Sri Lanka, Maldives, Bhutan and even Nepal have welcomed the Indian one. Both the prime minister and foreign minister are happy that India’s vaccine diplomacy seems to be succeeding.