Under the bill, the Lokpal can be removed only through a process of impeachment that will require at least a two-thirds’ vote in the Legislative Assembly 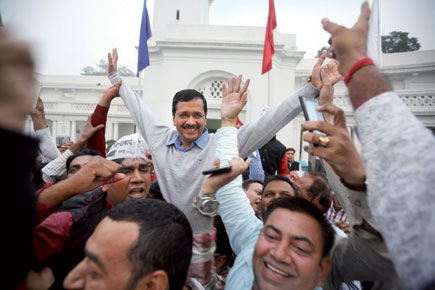 Nine months after coming to power, Delhi’s AAP government on 30 November introduced its Jan Lokpal Bill in the Assembly. The Bill provides for an ombudsman with powers to act against any government functionary, even one at the Centre, in the national capital through its own investigation wing. The Bill brings under its ambit every act of corruption that occurs within the geographical limits of the National Capital Territory of Delhi.

While a four-member selection committee chaired by the Delhi High Court Chief Justice will select the three-member Lokpal, the other members of the panel will be the Chief Minister, speaker of the state Assembly and the leader of the Opposition. Under the Bill, the Lokpal can be removed only through a process of impeachment that will require at least a two-thirds’ vote in the Legislative Assembly. AAP has an unprecedented 67 MLAs in the 70-member Delhi house. The Aam Aadmi Party had tried to introduce this anti-graft bill in 2014 without success.

The bill’s appointment and removal process has come under criticism. Former AAP leaders Prashant Bhushan and Yogendra Yadav, as also the BJP, have accused Kejriwal of pulling off a ‘big fraud’ by diluting the provisions that were envisaged by the 2011 anti-corruption movement led by Anna Hazare.

Bhushan claims that Union ministers and officials have been put under the ambit of the proposed legislation “deliberately” to provoke a confrontation with the Centre. The Bill now has to be cleared by the Lieutenant Governor appointed by the Centre. Anna Hazare has threatened to go on another fast if the Bill is not okayed by the Centre this time.