An appeal for swadeshi 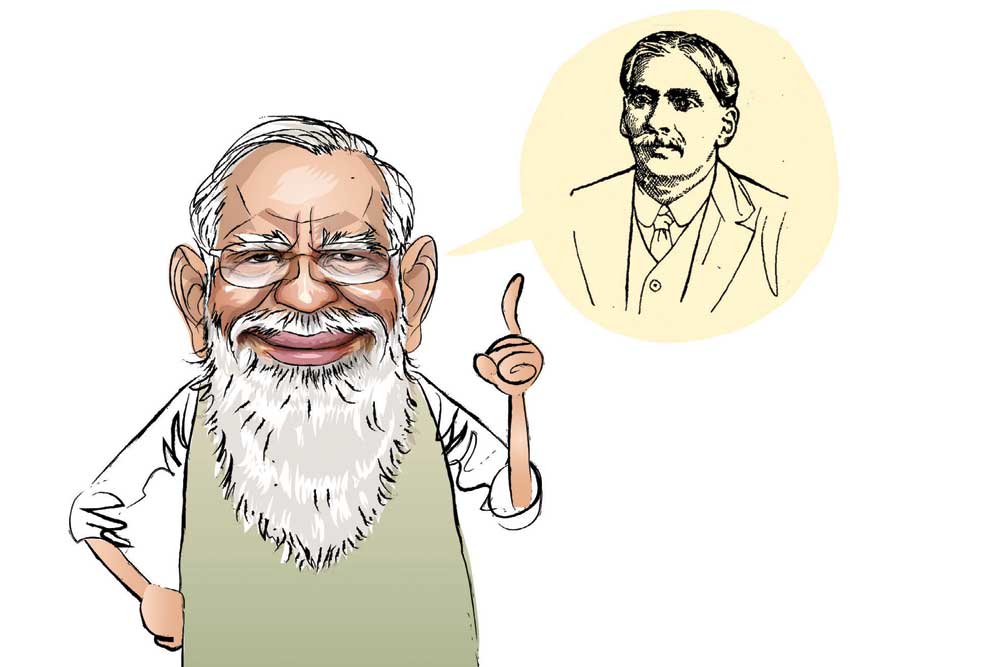 
Recently, in his Mann Ki Baat, Prime Minister Narendra Modi referred to a famous poem of the 19th century Bengali poet Manmohan Bose. In that poem, he had written about how everything from matchboxes to needles came from other countries. Clay lamps were lit by imported oil and that we eat, sleep and move with outside help, and are thus not free. Modi used the poem to make an appeal for swadeshi. He added that it doesn’t mean antipathy to everything from the West, but only that we should be self-reliant. What was interesting was that he chose this poet who has been largely forgotten even among Bengali intellectuals. Manmohan Bose lived from 1831 to 1905. He was not just a poet but also a prominent member of an association called Hindu Mela. Modi also mentioned Aurobindo Ghose in his talk. In his unique way, Modi made an apolitical speech with the imminent Bengal elections in mind.

For the upcoming Bengal elections, a big question is whether Trinamool Congress (TMC) leader Suvendu Adhikari will join the Bharatiya Janata Party (BJP). The day after he resigned as a minister in the Mamata Banerjee cabinet, he organised a rally which had neither the TMC flag nor any hint of saffron. He also attended a religious event, a Krishna Leela celebration. He came on a motorcycle and there was a yellow flag, which has again puzzled everybody.

West Bengal Chief Minister Mamata Banerjee has started a new scheme from December, keeping an eye on the elections. According to this scheme, the poor who are deprived of government services will get the same at their doorstep. In villages across the state, 20,000 camps are being set up, and implementation will be in four phases till January-end. BJP is terming it an election stunt and asking why all this couldn’t have been done earlier.

The Use of Statues

BJP has come up with an unusual tactic to tap into the voters’ Bengali instincts. It has made a list of 140 historical personalities from Bengal, like Bankim Chandra Chatterjee, Chittaranjan Das, et al. They are campaigning that these 19th century figures have been forgotten now and BJP will honour and revive their legacy. The party will focus on the districts where these people were born and promises to erect statues of them. 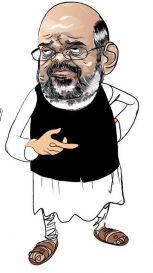 In West Bengal, Amit Shah is again going to put into action the micromanagement of booth strategy that led to BJP’s huge victory in the last Uttar Pradesh election. That is, building up the organisation in every booth. On the date of voting, mobilisation of voters is then entrusted to local BJP leaders. And with BJP’s organisational presence increasing over the last few years in the state, it could play an important role in the results.

In West Bengal, the Muslim vote is nearly 30 per cent of the electorate. But there are divisions within the community, like Bengali and Urdu-speaking Muslims. An unknown in this election, which everyone is keenly looking at after the Bihar results, is the role of the All India Majlis-e-Ittehadul Muslimeen and its leader Asaduddin Owaisi. Not just in Bihar but in Maharashtra and Uttar Pradesh, too, his slicing of the Muslim vote helped BJP earlier. Owaisi’s party is apparently going to contest in West Bengal at full steam. How much he can repeat his earlier successes is an open question. Some of the imams of the major mosques don’t support him. Most of them are rallying behind TMC.

A strange rumour coming out of the BJP camp in West Bengal is that they might promise to rename Mount Everest after a Bengali during the election campaign. Radhanath Sikdar first measured the height of Everest. A section of BJP wants the mountain named after him. 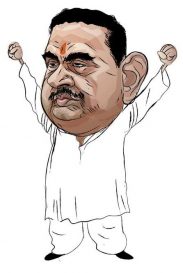 Mamata Banerjee is going on a statewide tour from December 7th. Her campaign will start from Medinipur, the stronghold of Suvendu Adhikari, who has just left her ministry. TMC leaders are trying to get Adhikari on stage with her. In TMC, she is the main campaigner but in BJP, it’s Narendra Modi. So, the West Bengal elections will pit the prime minister against the chief minister. But she will only start campaigning in earnest when Modi begins. She does not want to exhaust herself prematurely. Thus, the real battle will likely commence
in January.

The Enforcement Department’s (ED) head in West Bengal has suddenly been transferred to Delhi. A new special director has replaced him. Some say the earlier head had become friendly with the TMC government through his friendship with a high-ranking state IPS officer. They used to meet frequently. Does a new man at the helm of the state ED mean the agency could get more active in targeting TMC leaders?