The Limits of Good Behaviour 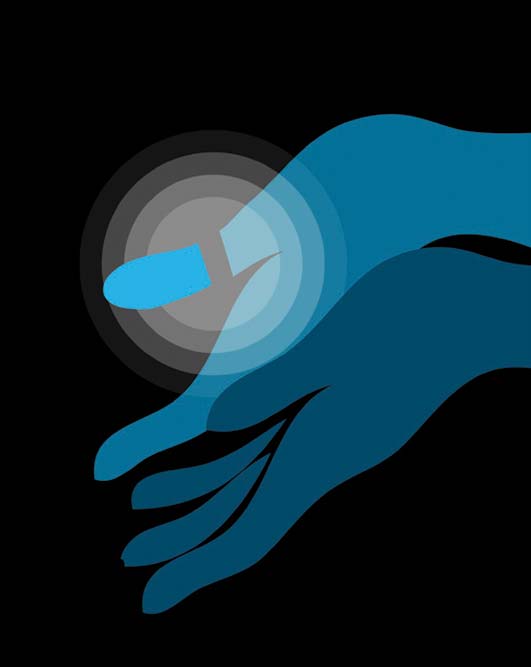 “Veda, Smriti, sadacharah, Atmanstushtireva cha, Etachchaturvidhah prahus-Sakshaddharmasya Lakshanam. The definition of religion is four-fold; Veda, Smriti, Sadacharah (good conduct) and Atmatushti (self-satisfaction).” This was Dr BR Ambedkar, speaking on the Hindu Code Bill. He also said, “The point is whether we are competent to make any changes, the whole history of Hindu society shows that it is continually progressing from stage to stage. Otherwise how do you explain the numerous Smritis, one Smriti laying down one thing and another Smriti another? How do you explain this? Society is continuously progressing and something has got to be found which is appropriate to the Sadachara or Vyavahara Dharma.” I have refrained from using the word dharma so far and will continue to do so. But we now have the expression सदाचार = सत् + आचार, meaning good conduct or virtuous behaviour. Who decides what is good and virtuous? Indeed, it is the individual alone who should be the touchstone, the आत्मतुष्टि aspect. But societies don’t want people to be individuals. We have an infinite capacity to straitjacket and compartmentalise them, reducing them to collective categories.

Consider the Drona and Ekalavya incident. He (Ekalavya) was a prince of the nishadas, the son of Hiranyadhanu. The nishadas were hunters who dwelt in mountainous regions; equating them with today’s scheduled tribes (STs) is unwarranted. Notice that Hiranyadhanu was Jarasandha’s general and Jarasandha wasn’t quite a friend to the Kuru or Yadava dynasties. Ekalavya wants Drona to be his teacher. Drona refuses, saying he only teaches the sons of kshatriya kings. I interpret this as a pro-kshatriya king statement. Drona wouldn’t have taught a brahmana’s son (Ashvatthama was special because he was Drona’s own son), a vaishya’s son, or even the son of a kshatriya who was not a king. There wasn’t anything specifically anti-nishada about it. Ekalavya learns on his own and turns out to be a proficient archer. Drona has promised Arjuna that he will make Arjuna the best archer on earth. Therefore, to adhere to that pledge, Drona extracts Ekalavya’s thumb as dakshina (the teacher’s fee). This may have been cruel, but nowhere does the Mahabharata say Drona did this because Ekalavya was a nishada. He did it because Arjuna was his favoured student. But this straightforward treatment of Ekalavya as an individual will not satisfy us. We must reduce this to general oppression of STs. Subsequently, Ekalavya worked for Jarasandha, fought against the Yadavas and was killed by Krishna. I haven’t heard too many people say nishadas fought against Krishna. Nor have I heard too many people refer to Nala (from Mahabharata) or Guha (from Ramayana) as STs. Perhaps we choose collective categories only when it suits us.

In an earlier column, I have referred to Dunbar’s number of 100 or 150. In close-knit groups, everyone knows everyone else. Normally, we tend to behave better with people we know. But as groups become larger and some form of urbanisation starts, we need rules of behaviour to ensure compliance. Otherwise, anonymity of larger groups can lead to what is perceived to be deviant behaviour. Witness how many more liberties people take through relatively anonymous social media. I can also invoke the four yugas or eras. In satya yuga or krita yuga, everyone was naturally virtuous. You didn’t need special rules to ensure good conduct. However, as one progressed down the ladder, from trita to dvapara and thence to kali yuga, people became prone to evil. You needed a template for sadachara and once that got codified, it became a smriti text. This is a bit like a transition from a common law to civil law jurisdiction. Subsequently, to enforce rule of law, we needed a king. Hence, Prithu, after whom prithivi or prithvi (earth) is named, was the first king. Before that, with natural proclivity towards virtue, no kings were needed. (Pehowa in Kurukshetra district is named after Prithu.) Today, we have legislatures to enact laws and define crime. The point is that sadachara, smriti texts, the Indian Penal Code—these are all context and society specific. There is nothing absolute in the good or the bad prescribed through a template.

As an example, take the injunction—speak the truth. The national motto is embossed on currency notes and states सत्यमेव जयते, ‘truth alone triumphs’. The quote comes from the Mundaka Upanishad. The Mundaka is a relatively short Upanishad with 64 mantras. The word mundaka has a rare usage as ‘section’, in the sense of the lopped off section of the trunk of a tree. This Upanishad is so named because it has three such mundakas or sections. However, this isn’t truth in the sense of telling a lie or not uttering a falsehood. The complete shloka states सत्यमेव जयते नानृतं सत्येन पन्था विततो देवयानः। येनाक्रमन्त्यृषयो ह्याप्तकामा यत्र तत् सत्यस्यपरमं निधानम्॥ ‘Truth alone triumphs, not falsehood. It is through truth that the path of the gods is laid out. It is by following this that the sages obtained their wishes and reached the supreme foundation of truth.’ As subsequent shlokas make even clearer, this is‘truth’ in the sense of achieving self-realisation, not this mundane business of lying or not lying. The Mahabharata has a story about a sage named Koushika. Koushika had taken a vow of always speaking the truth. Once, he was meditating in the forest. Along came some travellers, hotly pursued by bandits. There was a fork in the path, precisely at the spot where Koushika was seated, meditating. The travellers requested Koushika not to tell the bandits which branch they had taken. With that vow of speaking the truth, Koushika would do no such thing. He told them the truth. The bandits fell upon the travellers and killed them. Consequently, Koushika was punished by being sent to hell. (Don’t confuse the Koushika incident with a similar story about another sage named Mandaya, also from the Mahabharata. In that Mandaya refused to speak because he was observing a vow of silence.) There are other instances in the Mahabharata where lying served a greater common good.

सत्यं ब्रुयात्प्रियं ब्रुयान्न ब्रुयात्सत्यमप्रियम। प्रियं च नानृतं ब्रुयादेष धर्मः सनातनः॥ This shloka is often quoted, though people invariably quote only the first half of the shloka. The shloka is from the Manusmriti, the first and the most important of the Dharmashastra texts, a text that is often abused and maligned, by people who have not even read it. There are 2,685 shlokas (spread over 12 chapters) in Manusmriti and these are in the form of instructions given by Manu and Bhrigu (believed to be Manu’s son) to sages, when the law of the Vedas had been destroyed in a flood. Manusmriti and the Dharmashastras have been interpreted as ‘law’ and the rigidity of that law has been castigated. On reading the Manusmriti, I have never quite got the feeling that this was meant to be rigid and inflexible ‘law’, something that had been codified and was therefore, inviolate. Instead, I get the sense of advice being offered to the sages, something more loose. Nor do I get the feeling that Manusmriti was always normative or prescriptive, in the sense of recommending what should be done, as opposed to being descriptive, describing extant practices before the flood. In any event, do realise other Dharmashastra texts state that Manusmriti was meant for satya yuga, not other yugas. And the Manusmriti itself states that several practices are for brahmanas, not others. The translation of the shloka I quoted is the following. ‘Let him speak the truth. Let him speak what is pleasant. Let him not speak a truth that is unpleasant.’ Does that mean one should lie, if the truth is unpleasant? Sometimes, people who translate, or read, only the first line of the shloka think that is what has been said. Not quite. Read the second line. ‘Let him not utter an unpleasant falsehood. This is eternal dharma.’ In other words, there is no injunction to lie. This shloka is from Manusmriti, 4.138, the 138th shloka in the fourth chapter. This may be a principle that everyone should follow. However, this 4th chapter is on codes of conduct for brahmanas, not for everyone.

Not too many people know that Bertrand Russell, the great philosopher, also wrote short stories. They weren’t particularly good. That wasn’t his forte. But these stories explored moral dilemmas that he found interesting, as a philosopher. In the 1970s, there was a lot of talk about nuclear war and the Doomsday Clock was very close to midnight. In 1972, Bertrand Russell published a story titled The Boston Lady. There is a lady from Boston, whose plane crashes. She is marooned on an island. Everyone else dies in the crash and she also thinks that because of a nuclear war, humanity has been exterminated. When a male child is born, she confronts an ethical dilemma. To save humanity, should she have incest with her son? She does so. However, nuclear war has been averted at the last minute and humanity has been saved. After the rescue, in mortification, the Boston lady commits suicide. Sadachara, imposed by the external world, does not take us to self-realisation.