OVER THE LAST YEAR, CONVERSATIONS have started to sound like conspiracies. A hushing has happened. We are not sure if we can actually say this to that person. Even in our closest circles, we find that while everyone might be on the same page, we are not quite on the same paragraph. We all agree that women have had it way too hard for way too long; we all acknowledge that any physical contact without consent is assault; we all concede that the MeToo movement is vital and necessary. But after these truisms, one hits a slippery slope.

Can I endorse the MeToo movement with every bone in my body, while also believing in ‘due process’, and asserting that no one should be tried and condemned by a mob (whether it is online or on the street)? Am I allowed to ask about women’s agency, and our ability to say No? Am I permitted to raise doubts about dubious accounts and accusations that will not stand the test of veracity? Is it okay to defend some men and not others? Is it kosher to say that I’ve known some men to be feminists, and some women to be bigots? (But I also know that is not quite the point.) Can I raise my pen in support of the women who have been driving the online movement, while also giving thanks to the generation of older feminists whose cudgels we wield today? Can I pitch my tent, and swap stories in both camps?


Why are crimes against women being avenged by vigilantism and blood thirst? The only way to break out of this aggressive culture is to seek more effective solutions, such as making our streets and homes safer, deploying police teams that help women report incidents and making movies that don’t condone violence

In this morass of opinions and judgments, while walking a tightrope between different sides, I repeatedly turn to the same author and activist. And that is Sohaila Abdulali, author of What We Talk About When We Talk About Rape (2018). I read her book last year when the MeToo movement was at its hottest and reddest, and I return to it this week. ‘Yes, Yes, Yes,’ I say, as I turn her pages.

Abdulali was 17 in 1980, when she had come to Bombay to spend her summer holidays. One evening when she was out with a male friend, four armed men raped her, threatened to kill her, and castrate her friend. In her book, she details her rape in a single paragraph. She never let the rape define her, even though she knows she can never be ‘unraped’. She chose to deal with sexual violence as an ‘intellectual challenge,’ and did her undergraduate and graduation thesis on rape. When I read her, I want to tell everyone to read her, because she knows what she is talking about.

She writes, ‘I hope being a rape survivor isn’t the most interesting thing about me or anyone else. In the grand scheme, what happens afterwards is more important.’

Today, we are at the same moment. In the grand scheme, what happens next?

When a man is accused, what does society do next? Because while the courts and cops might (or might not) be dealing with the case, the accused is always part of society. Do we stay married to the man; do we remain friends with the man; do we fire him from his job; do we hire him for another one? Today, we realise we’ve none of the answers to these questions. Because there are no black-and-white fixes, every spouse, friend, employer can only follow her own moral compass.

The Hyderabad rape case and the encounter killing of the accused show that as a civilisation we have not found satisfactory answers to what happens next. The shooting of the allegedly guilty is not an act of justice or revenge, it is simply an act of scapegoating. Ancient societies, whether Jewish, Christian or Greek, have had the need to purge sins via an innocent victim. Those four men were never taken to trial, their deaths (and the unseemly celebrations in certain quarters) can only be seen as the death of innocents.

In India, the rapes that get the most attention (Delhi, Kathua, Hyderabad) are the ones where the victim is killed. We don’t rise up in fury or to her defence when the victim continues to work in the same office as a predatory man, or continues to share a bed with an abusive husband. What does the woman do when she carries her scars within? By focusing only on the extreme brutalities, we turn a blind eye to the million injustices and daily assaults. Society is not going to be cleansed by killing an accused, it can be cleaned only by sweeping one’s own home.

We are not going to stop rapes by hanging the accused. I once again turn to Abdulali, who wrote an op-ed in 2013, when the Delhi court gave the death sentence to four men found guilty of December 2012’s rape and murder. Hearing the baying for blood, she felt sick. I recognise that feeling. She says, ‘There is a collective feverish, titillated fascination at the prospect of executing the four men, and it reminds me uncomfortably of the feverish, titillated fascination associated with rape itself. There’s something very macho about it, and I felt oddly ashamed when I looked at the photographs of the men on my computer screen.’

The only way to break out of this aggressive macho culture is not hanging men to death. Instead, it is by making our streets and homes more secure. It is by getting women to talk about incidents of assault, as speaking out aloud is the first way to wrest back control. It is by deploying teams which encourage women to report crimes against them without the fear of being judged. It is by making movies that reflect our complicated realities and which don’t condone violence in any form. It is about realising that we are all in this together. It is about making every man and woman and child sensitive to gender issues, and more importantly, to equality. Do unto others as you would have them do unto you—that is how simple it is. 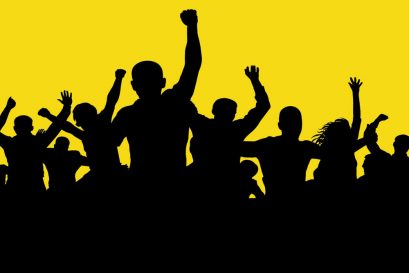 The Call of the Mob

When those in Parliament encourage citizens to lynch those accused of rape, it shows a complete breakdown of the system