On the well-deserved backfiring of a cowshed conference 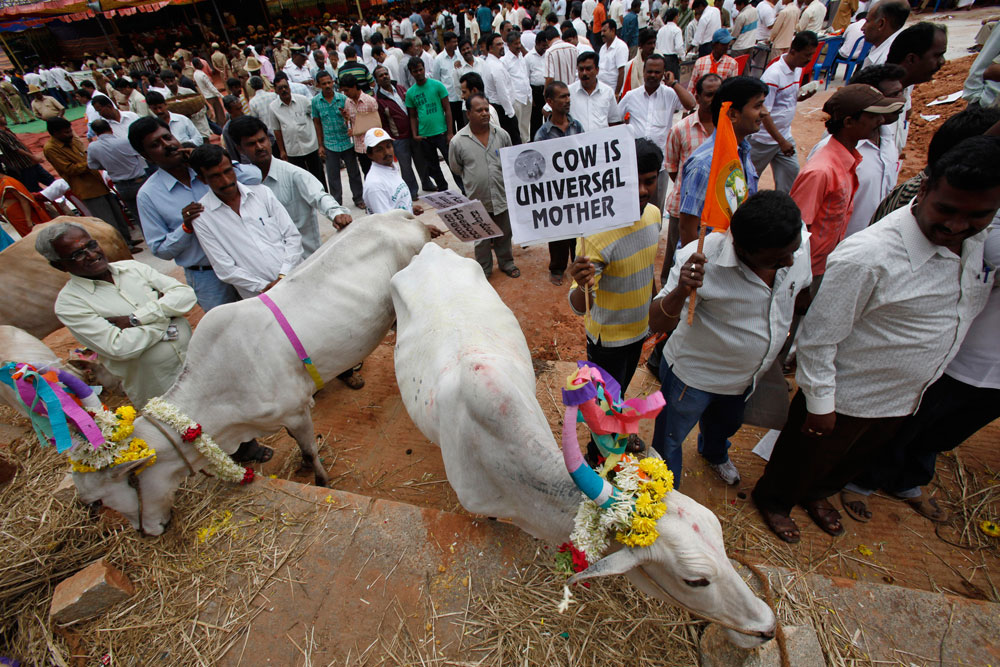 Delusions are not always dangerous, but to sustain it, the numbers need to remain up. Quantity determines whether something is a religion, a cult or psychosis. Underlying this is aggression because it is impossible for the fundamentalist to appreciate anything but his own faith and righteousness. When the Government encourages this kind of thinking, then it is participating in foisting the delusion. That is why it was so gladdening to see what happened when the Ministry of Environment, Forest and Climate Change and Department of Animal Husbandry, Dairying & Fisheries together hosted a conference on cowsheds or gaushalas (it somehow sounds better in Hindi) on 16 May.

Instead of a grateful club of cow protectors, what they got on their hands were men who were agitated, and, going by newspaper reports, did not really know why. As The Indian Express wrote about the meet, ‘Speakers, including two Union ministers, were repeatedly shouted down by the audience, their claims were challenged, and on a couple of occasions at least, arguments among the audience nearly erupted into fights. Some were simply angry that a booklet distributed at the venue had the picture of a foreign cross-bred cow on its cover.’

A meeting to discuss the ‘cow economy’, whatever that means, ‘soon got overshadowed by sloganeering against cow slaughter and chants of ‘Bharat Mata ki Jai’ and ‘Gaumata ki Jai’’, the report said. There is a delicious irony in this. This is precisely the sentiment that is sought to be exploited by right-wing politicians and the reason why such a meet was held for the first time ever. But when the target of this came to bite the hand that feeds them, the ministers turned tail and made a hurried exit once their speeches were done.

You could even ignore this farce if not for the real miseries it creates. The Maharashtra government’s anti-cow slaughter law last year extended to bullocks, affecting hand-to-mouth farmers whose livelihoods depended on selling such animals once they had outlived their utility as farm resources. Its impact is becoming apparent only now, and with the drought added on, it is almost criminal what they have been put through. But that is just one of the few things that this country must learn to live with for the pleasure of saying ‘Gaumata ki jai’. Let’s just hope more cowshed conferences are on the way— so that at least in some form or another, there is some payback.