Shackles of a society

Understanding Caste through the eyes of Generation Z 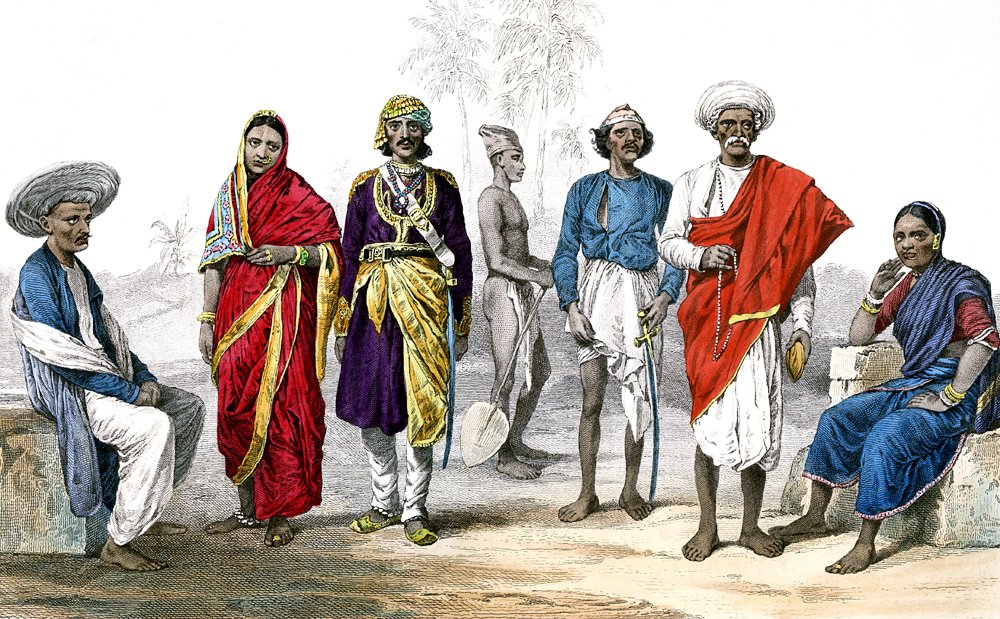 I am a seventeen-year-old. My generation has witnessed the election of the first woman President of India Pratibha Patil, but also the horrifying 2012 gang rape of Jyoti Singh, more popularly known as Nirbhaya. My generation has seen the demise of one poignant legal system evil—the anti-homosexuality law in India. But sadly, the system continues to foster another—the caste system.

The word ‘caste’ was first introduced to me at the age of 12. I still remember the day rather vividly: my father, mother and I, were seated on the white, plastic chairs in the veranda of my maternal grandparents’ home. As I struggled to crack the peanuts that lay in my lap, I rambled on about what my dream wedding would be like. While I babbled about the possibility of having my wedding in the very veranda we were seated in, my father exclaimed, “You won’t have an inter-caste marriage. You know that, right?” For a second, my mind failed to comprehend the seemingly complex word that was thrown at me—caste—and how it could possibly impact the ‘type’ of marriage I would have. Baffled, I attempted to search his face for an explanation. I was soon told about the intricacies of choosing my Prince Charming and the possible ramifications for my family and me, if I failed to obey the implacable rules defined by the widely-observed Indian caste system.

By the time I was 15, I had understood the kind of household I belonged to—urban and economically stable. I had stopped pondering the possibility of being forced to marry within my caste, until the day that our panditji declared upon reading my horoscope that I would have an arranged marriage. A grin swept across my father’s face. Defending my father, my mother explained, “We marry our own kind.” But that is of no help, I wanted to reply. It was that day that I realised, regardless of being a part of Gen Z, and having lived my entire life in one of the most developed and urban part of the country—Delhi NCR—the ancient notion of caste is still very much prevalent.

With that, post hours of deliberation, I condensed the impacts of the caste system on my life into three broad spheres. The first being, inter-caste marriages; the second, reservation in education; and the third, societal influence.Not long ago, our house help, who goes by the name Silbi, came home in tears. My mother, being the emotional person she is, leapt to our help’s aid. In the centre of our drawing room Silbi lay, telling us about the crime committed by her younger sister who had run away. “She married someone of a caste lower than ours,” she bellowed.

My mother later apprised me of the situation. Silbi and her sister belonged to the ‘Uram’ caste, which is an ‘untouchable’ sub-caste in the Nepalese caste system. Her sister, who is a minor, had eloped with a boy “outside their caste”. While the sister was now pregnant with the boy’s child, she claimed that no one was willing to sanctify the union due to the possibility of inter-caste disputes. She and her family were afraid that if this marriage was to be upheld, their caste-community would renounce them, and great humiliation and ostracism would follow.

IN A JOURNAL ARTICLE titled, Caste Prejudice among Indian Youth, Sheo Nath Singh and Ram Naresh Prasad’s 1976 study of 1,380 students found that ‘caste consideration seems to predominate in the rural setting’, as ‘the caste complex has its roots and core in the Indian villages’ which not only validates our help’s story, but also demonstrates that whether urban (my very own household) or rural (my help’s household), inter-caste marriages continue to remain a dilemma for Generation Z.

Speaking of dilemmas, one chronic conundrum for students of my age has been securing admissions in their desired colleges for higher education. In India, the competition and consequent pressure that is imposed upon students is substantially higher than those abroad because of the reservation policy that apply to institutes of higher education. According to the current laws, in Central Government funded higher education institutions, 22.5 per cent of the available seats are reserved for Scheduled Caste (SC) and Scheduled Tribe (ST) candidates. This reservation percentage has been raised further by including an additional 27 per cent reservation for OBCs, which means that 49.5 per cent of the available seats are reserved in any institute. The acceptance rate for any general category applicant effectively halves.

Jahnavi Mishra, a sixteen-year-old from Faridabad, says, “As much as I respect the scheduled and backward class students who are deserving and benefit from the reservation of seats, I cannot deny this sense of resentment that has built up within me towards the system. I will soon be applying for colleges myself, knowing that my competition has amplified due to politically driven reservation policies.” Speaking of how this resentment set in, she recounts, “I had a friend who was rather economically well-off. But simply because of the surname that she carried, she was given a special quota seat at Delhi University. Now I know for a fact that she wasn’t academically apt [up to the mark] or inclined enough to land at DU, but she did. And that… is unfair.” Similar accounts of need versus merit have driven capable students abroad, fuelling what’s been tagged as ‘The Great Indian Brain Drain’.

Om Prie Srivastava, former head and ex-dean of Mahatma Gandhi Kashi Vidyapith University (MGKVP), holds the same opinion. She says, “Reservation hampers the very purpose of the one world concept. Reservation in higher education leads to groupism, and parochialism. The very purpose of education is defeated as this quota system creates a ‘ditch’ so to say, dividing the student community, and future leaders of the world into two.” Mulling over instances where this divide was obvious, she adds, “Very recently itself, in 2018, we had the MGKVP alumni meet: sadly, the students from the reserved classes chose to only honour and award other students from their community, discriminating against the general classes. This simply highlights the ‘ditch’ that has formed over the years is ever-widening.”

However, undoubtedly, there is another side to this argument. Aditya Gupta, a Generation Z student from Gurugram, claims, “If reservation in education would not exist, we would simply violate a fundamental right—our right to education.” He further says, “Apart from obviously benefitting the deserving yet underprivileged students, such a quota system is a pushing factor for parents who would have otherwise not encouraged higher education.” While the debate on who truly qualifies as ‘deserving’and who is only ‘benefitting’ continues, what is certain is that the casteist policies engraved in our education system continue to significantly impact the present generation.

Casteism, however, is prevalent in not just these two spheres of young adult lives today. In some way or another, we face it every day. One summer afternoon, one of my close friends, Kashwi Aggarwal, made a horrible mistake: when offered to join my family for lunch, she nodded “yes”. We sat there, mildly uncomfortable, while the food was served. Awkwardness filled the air, even though my family had known her for years. My father decided to break the silence with an unexpected question. “So, how do you spell your last name, Kashwi?” For a moment, she seemed perplexed. But unaware of what was to follow, she replied, “It’s A-G-G-A-R-W-A-L, uncle.” A satisfied smirk took over his face as he nodded, showing approval, “So you’re a Baniya!” Kashwi seemed to have been put in the same place as me when I was twelve, sitting in the veranda. She had no knowledge of what ‘Baniya’ signified.

“Sorry?” she responded. My father paid no attention to her response, and flooded her with casteist questions, “So your family is into business? I assume?”; “where do you belong, you don’t seem to be from Uttar Pradesh; Gujrati, perhaps?” I glared at him, hoping he’d stop. But the damage had already been done, for someone unaware of the complexities of the caste system—this was too much to be handled at one go. Kashwi gave me a puzzled glance and I bowed my head in embarrassment. That was the day it dawned upon me: irrespective of the type of family one belongs to, the education one receives or whichever corner of the country one resides in, the issue of casteism is one that is deeply rooted, and we can only escape the shackles of this casteist society over time.

HOWEVER, THERE IS SOME light at the end of the tunnel. There are families and individuals, such as that of Kashwi, who are defying the institution of caste that has been poisoning Indian society for millennia. But, in order to expedite the path to the end of this seemingly never-ending tunnel a few plausible steps surface. Presently, politically-fuelled propaganda and media play a significant role in sustaining the system. As G Mamatha writes in her paper titled , ‘The mass media, or the mainstream media as it is popularly called, which could play such an important role in addressing issues concerning casteism, is unfortunately not doing so.’ Therefore, first and foremost, our society is in dire need of greater organic awareness —as opposed to politically filtered awareness—on this topic. With this awareness, an urgent need follows. The past is a testimony to the strength that youth resentment holds. In Indian society, especially among youngsters, demonstrating resentment towards and rejection of politically wrought laws disguised as affirmative action for the socially disadvantaged (an example of which is the Bill on 10 per cent reservation for the economically backward, which now awaits Presidential approval) seems essential. Lastly, in order to allow Indian society to reconstruct the very pillars it has been built on and stood on—the caste system—it is vital for us to provide it time for self-healing.

J V Pawar—the co-founder of the Dalit Panther Movement in India—writes in his autobiographical memoir titled, , about his hopes of compiling another book that enlightens the youth about the fight against casteism. In a concluding paragraph he writes, ‘I am going to put together that book. It would again bring forth the glory of the Black Panther and the Dalit Panther, and then Panthers would be born in every house. They could give their organization any name, but the ultimate achievement would be to become a panther, to fight injustice. If that happens, not only would untouchability be eliminated but power, wealth and dignity would be at the feet of the Ambedkarite community. I am hopeful about that.’ Like Pawar—who renounced violence to write about the struggle instead—many great individuals who have fought the battle against caste for epochs have first, taken the path of violence, then non-violence and have now surrendered to time. Yet, as he writes, hope persists—in their minds, and in the minds of Gen Z.