A bold response to a social reality 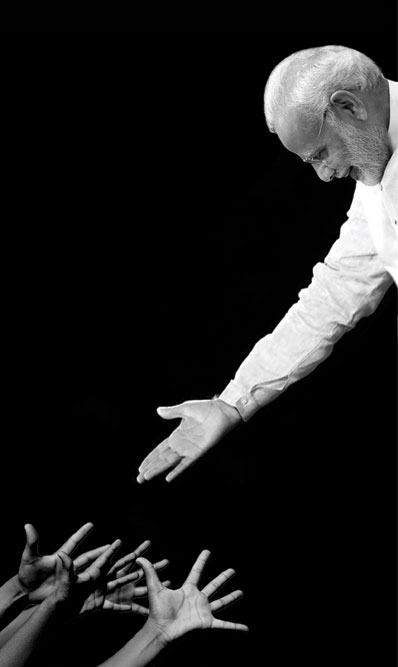 IN HIS 2008 ruling on the ‘creamy layer’ among OBCs, the then Chief Justice of India KG Balakrishnan, who headed a five-judge bench, had stated: ‘When socially and educationally backward classes are determined by giving importance to caste, it shall not be forgotten that a segment of that caste is economically advanced and they do not require the protection of reservation.’ Implicit in that is an acknowledgement that in a rapidly growing economy like India, the converse is also true: that is, a segment of a caste group, even if considered socially and educationally ‘forward’ traditionally, may need the aid of reservations at some point in time to overcome adversities in a current economic context.

In recent years, calls have arisen for a revision of India’s affirmative action policy to include in its ambit new groups on the basis of dynamic criteria of people’s circumstances—such as economic status—determined by survey data. There have been agitations for quota inclusion by groups considered politically influential, such as Marathas, Gujjars, Jats, Kapus and Patidars in states like Maharashtra, Haryana, Rajasthan and Gujarat, some of which have been violent enough to fracture society. Among these are upper- caste groups that have for decades been regarded as enjoying high social capital and also intermediate castes that would fall in the ‘creamy’ bracket in terms of income. While Patidars have demanded OBC status, Gujjars in Rajasthan wanted to be considered SCs rather than OBCs. Influential castes such as Marathas, Jats, Kapus and Patidars have also demanded quotas.

It was clear that resolving tensions over the reservation policy would take political courage, especially since the Constitution did not recognise economic backwardness as a criterion for inclusion, only deprivation of social capital. Any intervention would have to focus on reconciling social aspects with changing economic realities. The Modi Government’s inclusion of economic backwardness as a criterion for a 10- per cent quota has now given constitutional recognition to the claims of those who are not well-heeled among the socially advanced of all communities and declared them eligible for affirmative action.

The move means that the Supreme Court-imposed cap of 50 per cent on all reservations of government jobs and educational seats will rise to 60 per cent overall, leaving 40 per cent in the General Category. The amendment passed to that effect could now be challenged in court, but there is nothing in the Constitution that bars inclusion of economic backwardness as a new criterion for quota eligibility. The judiciary itself may face a challenge if it seeks to nullify an amendment passed by Parliament in the face of changing socio-economic realities. The fact that no major party opposed it in Parliament speaks for itself.

Political parties can ill afford to turn a blind eye to quota politics in a diverse, fragmented society, especially given the electoral stakes and group sensitivities involved. The BJP described Prime Minister Narendra Modi’s move as ‘historic’ for its potentially far-reaching effects on society. In co-opting the opposition and pinning down cross-party support, Modi had played a masterstroke. Had these parties rebuffed the Government’s gesture of solidarity with upper-castes, they would have risked looking anti-upper caste just months before this year’s General Election. These vocal groups were perceived as drifting away from the BJP due to the ruling party’s aggressive OBC and Dalit outreach to expand its vote base. Not the least of their apparent disenchantment was pinned on the Modi Government’s decision to reverse the Supreme Court’s dilution of provisions in the SC/ST (Prevention of Atrocities) Act that upper-castes complained of. The latest quota comes as a pre-poll olive branch to these sections of the electorate.

Quota politics was turned into a potent electoral weapon three decades ago, in August 1990, when the then Prime Minister VP Singh decided to implement recommendations of the Mandal Commission on reservations for OBCs. The Commission, set up in the late 70s by the Morarji Desai Government, produced a report that identified ‘socially and educationally backward classes’ among intermediate caste groups. Singh spoke of ‘social justice’, but the Mandal card was also a shrewd move to fend off an imminent threat to his minority government, under pressure at the time from both the Left Front and BJP. By putting in place a 27- per cent quota for OBCs, Singh portrayed himself as a messiah of the country’s most populous social strata. An internal threat to his government was from Devi Lal, who had helped Singh become Prime Minister and was threatening a revolt at a planned rally that August. Four leaders considered close to Devi Lal—Lalu Yadav, Nitish Kumar, Sharad Yadav and Ram Vilas Paswan—struck a Faustian bargain with Singh: they would dump Devi Lal if he activated the Mandal report.

The Mandal implementation triggered off a bitter social conflagration and deepened fault lines across the country between OBCs and upper-castes. But Singh ensured that no political party could afford to oppose the decision publicly, for fear of electoral repercussions, and in doing so, he gave quota politics its ballast.

Decades later, Modi’s decision to turn the main opponents of reservations, India’s upper-castes, into beneficiaries themselves may finally have taken the sting out of protests against the idea of affirmative action. Available data suggests that some 95 per cent of the country’s population will be eligible for quotas on the basis of the proposed criteria. Objections are likely to be few and far between.

In the turbulence of the 90s, as the ‘Mandal-Kamandal’ debate raged, the Congress had lost the support of upper-castes as well as relatively influential sections of OBCs (for backing the ‘creamy layer’ exclusion). Today’s Modi-led BJP, however, seems unlikely to find its supporters pulled apart. Apart from Brahmins, Banias, Thakurs, Bhumihars, Jats, Marathas, Kapus, Kammas and several trading classes, the new clause in Sections 15 and 16 of the Constitution will make quotas accessible not only to upper-castes of the majority community, but of all others, including Muslims.

The pique at what Modi has pulled off may have been why opposition parties have charged him and his party of cynically using the quota policy as an electoral ploy. By that token, however, VP Singh’s Mandal deployment— hailed by most of these parties— was pure political warfare.

Some critics of Modi’s quota move argue that the policy was not meant as a poverty alleviation programme that would move the poor up within the class structure, but primarily as a tool of social justice to allow groups long discriminated against to compete on fairer terms with the socially and educationally advantaged. Virtually every expert on the subject has referred to economic weakness as being inextricably linked to social backwardness. In 2008, sociologist Dipankar Gupta wrote, ‘In the strict Mandal scheme of things, if one scored high on the social backwardness criteria, then, there was no need to go any further and bring in economic and educational considerations. Mandal had set aside 12 points for social backwardness whereas only 11 were needed to make the grade. On the other hand, if one were poorer than a church mouse, one could only score four points in all for economic backwardness. This is how absurd the Mandal system for determining backwardness is and it is precisely this recipe that OBC activists want to retain.’ That absurdity may now have been addressed.

While the Constitution endorses affirmative action by the state to ensure social justice, a caste-based quota was not originally part of it. Sections 16(4) and 15(4) were included only after the apex court struck down a Tamil Nadu law that introduced caste quotas. The framers of the Constitution conceived of it as an instrument to achieve an egalitarian society and a robust democracy, one that would adapt to changing times. It does not claim oracular power, and has been amended several times since its adoption.

Another criticism is that there are few government jobs to be had in the first place and that over half a million vacancies have not been filled. Here’s the thing. It is not the Government’s job to employ every job seeker; its remit is to create an enabling environment for both the private and public sectors to generate jobs. Consider the words of BG Deshmukh, former principal secretary to Rajiv Gandhi, VP Singh and Chandra Shekhar, from an interview years ago: “I used to argue with VP Singh. If I recall right, we calculated that the Mandal Commission would, at the most, generate a lakh and a half jobs. He used to say, ‘You see, Mr Deshmukh, government jobs carry much prestige in the north, so even if there are only 10 jobs, I want to give it’.” Referring to that incident, Deshmukh emphasised that politicians frequently go for short-term goals for easy returns even at the cost of threats to social harmony. India’s job scarcity does not date back to Modi’s rise to power; it was the Congress that first began ‘right-sizing’ the Government with liberalisation, reducing the state’s role as an employer.

For now, Modi has calmed tempers over caste. The Prime Minister is a man of unconventional solutions for complex problems, political and otherwise. Even the Congress, which had dubbed the decision an election ‘jumla’ at first, welcomed it publicly shortly afterwards. How successful it proves in attracting Hindi-belt upper-castes said to be disenchanted with the BJP will be clear only in the election results. But Modi’s ability to think boldly and take political risks cannot be underestimated. The Congress leadership has learnt a hard lesson in the process: attacking the Prime Minister for everything he does could be risky for it.