Salman Khan: The Cult of the Superstar 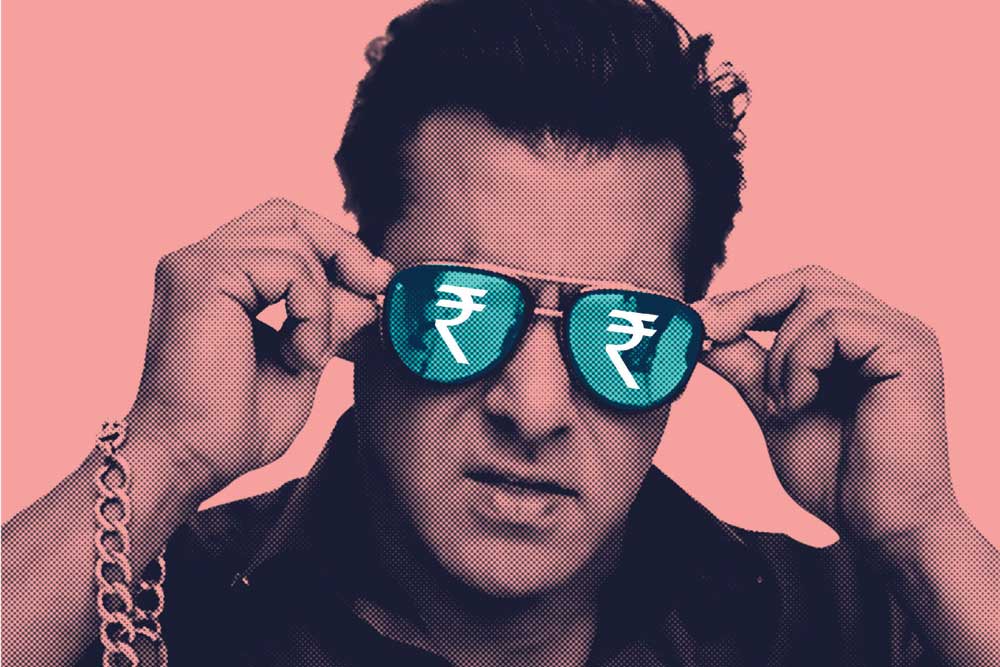 SALMAN KHAN HAS never been a darling of film critics, but even so, in recent times reviewers have been more benign with him, making a special effort to say nice things because his movies were doing well despite their quality and his usual non-acting abilities. But Race 3, his latest, has managed to be so bad that even the subconscious (there can be no other explanation) sympathy of reviewers had had enough.

Consider these snippets from reviews that appeared in different media outlets:

‘While the film wants to keep you guessing on who will finish the Race first, you are left wondering when you will cross the finish line’: Times of India

‘To add insult to injury, the film has also been released in 3D so you could, for an extra hundred bucks or so, suffer the sheer pointlessness of this movie in an extra, bonus dimension. Go on, you must. I’m going with one out of five for Race 3. It’s over two-and-a-half hours of complete drivel’: CNN News18

‘It’s left to Salman to come to the rescue, and he does his thing, but that thing, or those things, are now so jaded that even his fervent fans, sitting ahead of me, couldn’t bring themselves to cheer’: Indian Express

On the other hand, these are like words written on water. In just three days after its release, Race 3 managed to cross the Rs 100 crore mark, the yardstick for a Hindi superhit nowadays. After about a week, the numbers started tapering off and it might not enter the Rs 300 crore club, which he is used to, but the mere presence of Salman has been enough to make more than enough money for everyone to celebrate till next Eid. Compare that to the star Salman Khan replaced in the Race franchise. Saif Ali Khan had played the lead in the two earlier movies that had been superhits. But nothing that he does now seems to work. Good movies, bad movies, everything meets the same whimpering fate at the box office.

Superstars have a unique relationship with their audience. They do fall out of favour, but not for too long. That has been the story of the three Khans in Bollywood over the last two decades. They have had bad patches, but with a little tweaking of their image, they bounce right back. Right now, Shah Rukh Khan is probably going through the worst phase of his career. But you can take a safe bet that it is too early to write him off. Or take someone like Amitabh Bachchan, who in the 90s saw his appeal diminishing to the point that everything he touched turned to stone. But all it took was one quiz show and a realisation that what his fans had had enough of was seeing him as a young hero. Once he made the shift to elder characters, it was as if all of India was back in his pocket again. Contrast that to the long line of stars who went out of the reckoning. People like Govinda or Sanjay Dutt, who were both at the peak of the Bollywood food chain, but haven’t got any traction for a return. And they have tried. In recent times, the only superstar to have bucked the trend and fallen irrevocably was Rajesh Khanna. But you could also ask whether he was at all a superstar if a defining characteristic of one is longevity and not mere popularity. Khanna just ruled the industry for about half a decade. It is not only in their professional lives that fans are so indulgent of superstars. Salman’s history of legal cases and controversies have meant nothing to those who love him. While on the flip side, his supposed acts of kindness are quoted ad nauseam to argue why he deserves adulation.

The explanation of the phenomenon of superstars is usually put forward in sociological terms. Amitabh was the voice of the angst of an era, Shah Rukh Khan was fantasy in a sexually repressed India, and so forth. In south India, this sociology has been exploited by superstars to become political leaders, Rajinikanth being the latest edition of that crop. But that is only half the explanation. The other half is psychological. Take a condition called Celebrity Worship Syndrome where fans become pathologically obsessed and addicted to a public personality. A 2013 article on it in Psychology Today magazine listed the symptoms of the disorder as per a study that ‘identified three independent dimensions of celebrity worship. These were on a continuum and named (i) entertainment- social, (ii) intense-personal, and (iii) borderline pathological.

• The entertainment-social dimension relates to attitudes where individuals are attracted to a celebrity because of their perceived ability to entertain and to become a social focus of conversation with like-minded others.

• The intense-personal dimension relates to individuals that have intensive and compulsive feelings about a celebrity.

• The borderline-pathological dimension relates to individuals who display uncontrollable behaviours and fantasies relating to a celebrity.’

All you need is to tone these symptoms down and apply it across millions of Hindi film watchers, and that will be an explanation for why Salman’s movies do so well. It is hard to give up an addiction even though you know it has no substance.