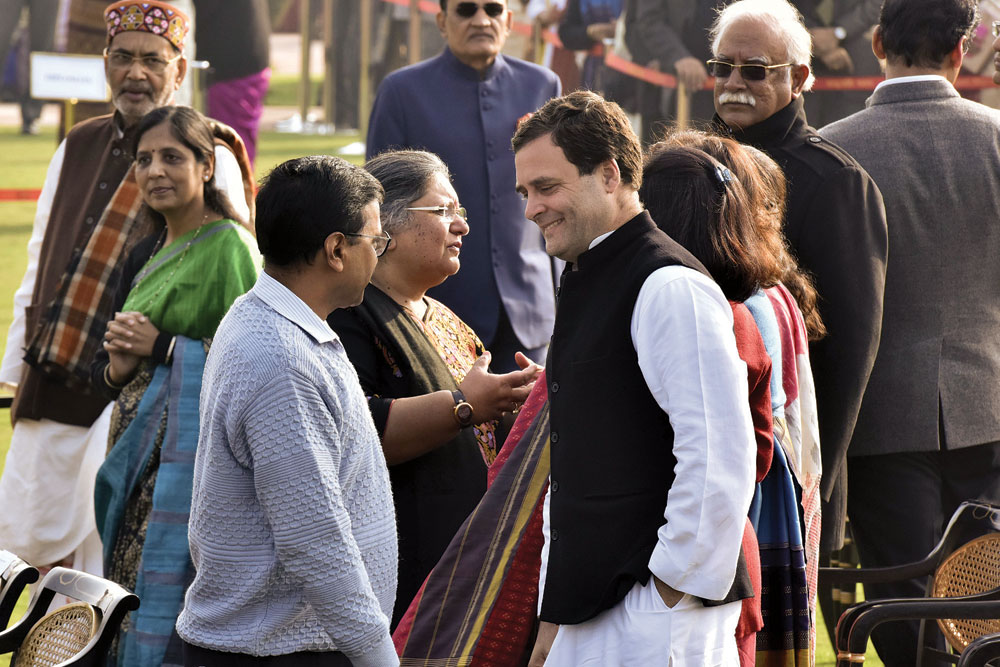 ON JANUARY 1ST, 2014, when Arvind Kejriwal took oath of office as Chief Minister of Delhi from a bursting-at-the-seams Ramlila Maidan instead of Raj Bhavan with all his typical dramatic flourish, it was a historic moment for Indian democracy. We had a chief minister who used public transport to work and even to his swearing-in, let common people feel that now they had rulers who knew their trials and tribulations of life, and swore by the ideals of Mahtama Gandhi. More than a year after he parted ways from his mentor Anna Hazare and launched a political outfit, the Aam Aadmi Party (AAP), following months-long, largely Delhi-centric campaigns against corruption that attracted national attention regardless, Kejriwal and his enthusiastic and scholarly associates sold us a dream of a compassionate government that would live up to Lincoln’s great aphorism of democracy: for the people, by the people and of the people. The cliché suddenly acquired a new meaning and there was hope.

From that hope has come despair of not being able to grow as rapidly as the party had envisaged. The goals were so lofty that the AAP now suffers from a huge crisis of perception. A likely alliance with the Congress to jointly fight the BJP has fallen through, adding to the woes of the six-year-old party.

After all, in early 2014, the hope of a new beginning wasn’t only because of the possibility of electing leaders having their ear to the ground and sensing the pulse of the common man. What was remarkable about the entry of the AAP into Indian politics was that it ushered in a new culture of political entrepreneurship that didn’t discriminate against new entrants; their years of experience in politics, family connections, educational qualifications— none of that mattered. The AAP made history by lowering the entry barrier for political aspirants. This was no mean feat considering that other major parties had set high entry benchmarks for those looking to become part of the political process and to make policies and law. The Congress party, India’s oldest political outfit, had largely become dynastic, after having grown rapidly under the Mahatma in the thick of the freedom struggle as he experimented with ways to attract world attention to India’s plights and mobilise Indians under one umbrella organisation irrespective of how they behaved in a rigid feudal hierarchy, or thanks to religious affiliations. To break through to the Congress scheme of things today for a common man is a tough task. Within the BJP, too, things are no different since many of the cadres continue to be from the RSS nursery, if not from party families. In many ways, these two parties reflected Bollywood, India’s biggest film industry headquartered in Mumbai. Regional parties, too, have become family enterprises and behave like family-owned enterprises. This is famously true of parties such as the DMK in Tamil Nadu. The Left Front parties, for their part, recruit party workers with greater care, after screening cadres meticulously for their loyalty.

So, it was no surprise that the AAP came to power in the 2013 December polls in Delhi with much aplomb and offered relief to the common man because many of the new MLAs were from the bottom of the social pyramid with no experience in politics. Securing 28 seats in the 70-member Assembly with conditional support from the Congress, the AAP government did several things that were unthinkable before: reaching out to people over what is to be done, for instance, when it got into a deadlock over the passage of the Jan Lok Pal Bill. The AAP called it quits after 49 days in power. Everything about the AAP was a novelty.

Year 2014 also saw the BJP sweep Lok Sabha seats in Delhi and the rest of the country, winning an absolute majority in the Lok Sabha on its own. Kejriwal, who contested against Modi from the Varanasi seat lost by a huge margin and was crestfallen. Yet the anguish was short-lived. In 2015, AAP rode to power in Delhi securing 67 out of 70 seats in an emphatic poll triumph.

But since then, the AAP has battled with infighting, starting with Kejriwal’s unilateral decision to get rid of anyone who could be an intellectual adversary. Over time, more and more people from the senior echelons left the party complaining of Kejriwal’s dictatorial tendencies, while he and his team of close associates launched sharp attacks at the Centre for not allowing them to function. Standoff with two lieutenant governors and myriad bureaucrats ensued.

Congress insiders say that the talks with the AAP for sharing seats in Delhi didn’t come to fruition because of most of its party leaders do not trust Kejriwal, who, not surprisingly, cried foul and blamed the Congress for having truck with the BJP after the parleys failed.

The Congress was, it is learnt, hoping to make gains in Delhi in exchange for aligning with the AAP in Punjab and Goa. But the rethink in the Congress camp was prompted by a series of factors, including how the AAP treated the party despite its offering Kejriwal conditional support in 2013-2014. Some senior leaders of the Congress were also of the view that it would be imprudent to help the AAP make an impact in Goa. As for Punjab where the AAP is not seen as a party with a difference, thanks to its association with reportedly subversive entities in the previous state elections, the Congress thought that any such realignment would hurt its interests in Punjab.

The AAP also has its own fears. It is a party that came into prominence through an anti-corruption agitation against the Congress. It is a party that battered the Congress and ate into traditional Congress vote banks in Delhi. Its focus on education and healthcare for the poor has won applause, sectors routinely neglected by the Congress government. There are those who feel these parties, therefore, are essentially incompatible because the AAP’s growth meant the Congress had to pay a price. The AAP grew by decimating the Congress base in Delhi and damaged it beyond repair. This was why despite fervent calls from other opposition parties, the Congress decided not to align with the AAP in Delhi’s seven Lok Sabha seats. Many pundits aver it was the AAP’s rejection of a formula—three seats for the AAP, three for the Congress and one for an independent celebrity candidate—that precipitated matters. It is not unlikely that the Congress, which did well in the 2017 municipal election, is looking to improve its tally and hoping to win back lost glory with the AAP’s sway showing signs of wane. The AAP is also understood to have been ‘inflexible’ about the seats it wanted in Haryana and Punjab.

A section of Congress leaders also successfully impressed upon President Rahul Gandhi that anti-incumbency against the AAP in Delhi that might play spoilsport in the 2019 elections. Anxieties about how any such alliance would impinge on the 2020 Assembly elections also prompted the Congress to change its mind, leaders admit.

Both the Congress and AAP may have surely gained electorally thanks to an alliance because their respective vote banks would have brought out a large chunk of people together against the BJP. Now that the two parties are going to vie with each other, the BJP is naturally expected to gain. For all the slogans of opposition unity, the biggest hurdle for these two parties coming together was clearly their inherent hostilities. It is a missed opportunity for both. 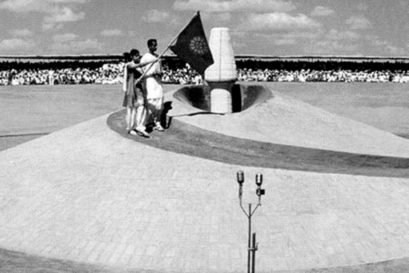