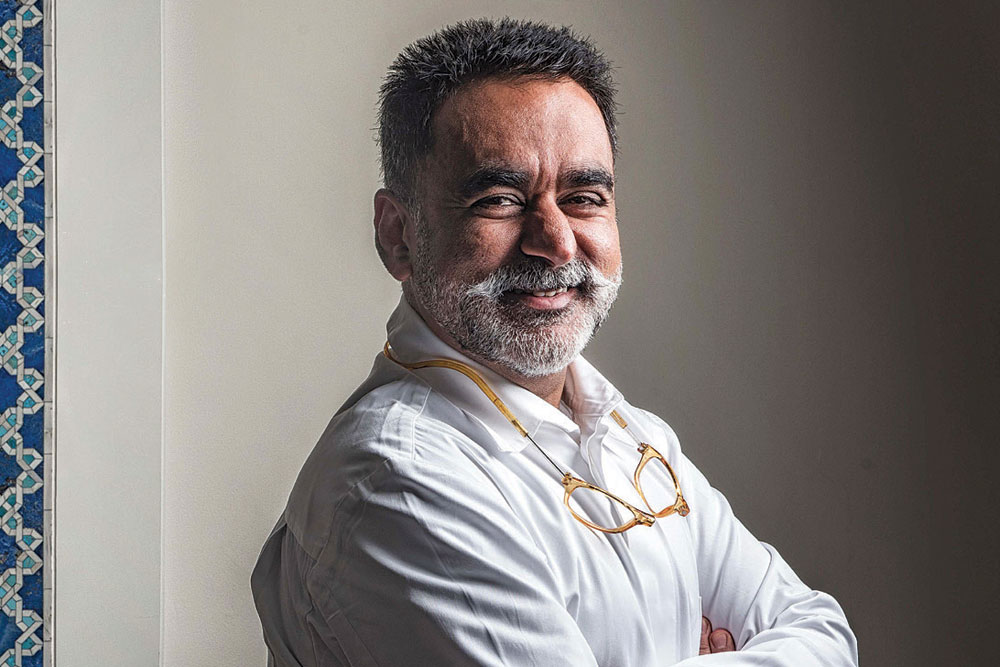 The first Indian to get a coveted Michelin star, he made modern Indian food the toast (or shall we say naan?) of London with a series of trendy restaurants, beginning with Zaika, going on to his very own Rasoi and, most recently, starting Kama, a deli counter in hallowed Harrods. The affable chef, who owns eight restaurants all over the world, started at The Oberoi in Mumbai but gave it all up in 1993 to fly to London with £7 in his pocket. From there on, the inventive dishes he’s produced have become staples of other restaurants and other chefs—behold the blue cheese naan and the chocolate samosa—but that hasn’t dampened his enthusiasm for fresh tastes and new travels. Now all he wants to do is conquer London again with a new restaurant.