The Prime Minister Who Never Was 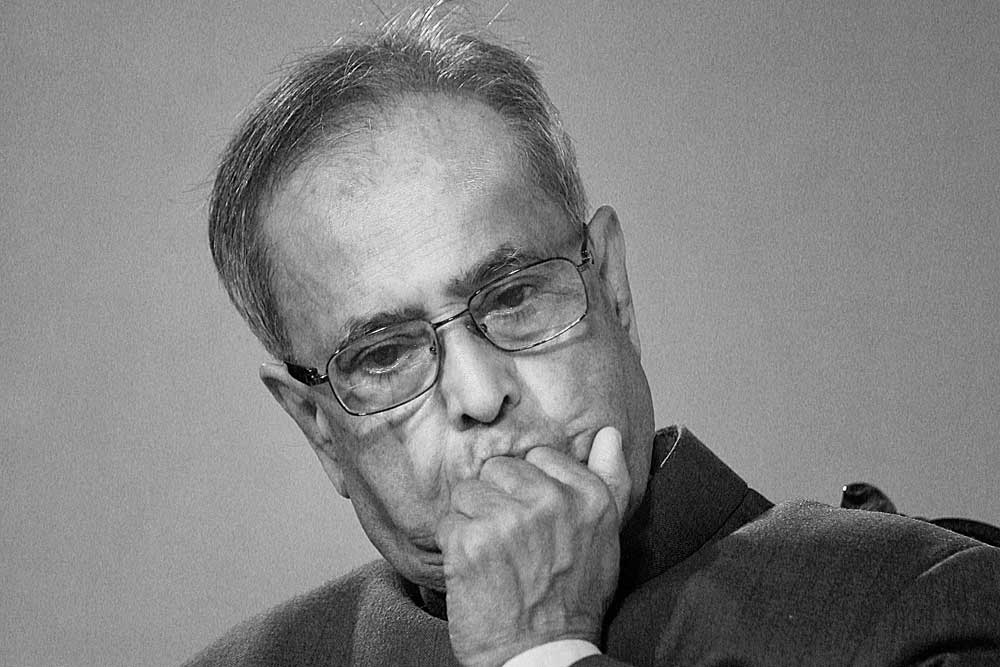 IT IS NOT for intellectual analyses that you read autobiographies—they are only one point of view in an ocean of opinions. In this book, we see the struggles behind the successes, the man behind the image called Pranab Mukherjee. Having tracked almost half of his 37-year-long tenure in public life in several capacities, as a reporter and an editor, in his North Block office, at his 13 Talkatora Road home (and even in his car), I found Mukherjee to be an epitome of courtesy, competence and control. A disciplined soldier, he remained a Congressman who never rose to the top in his dynasty-dominated party, a prime minister India never got. This book captures those journeys.

In the post-1990s’ changing political landscape, Mukherjee was the most effective coalition manager of India. This book, his third in a series of autobiographical notes, talks about his adventures in managing interests and egos to bring stability to coalition politics, some of them behind the scene, some public. Above all, Mukherjee brings out the humans that lie behind the pictures of the powerful. Among all these, I found his management of the final dash to the Rashtrapati Bhawan in general and the way he negotiated Mamata Banerjee, in particular, riveting. ‘Throughout the entire campaign, [Benerjee] had provoked me and urged her supporters to use un-parliamentary language against me. She possibly wanted to goad me to comment, thus giving her an excuse to abstain from voting,’ he writes. Mukherjee refused, and in the end, ‘I got her total support.’ Lesson: never underestimate the power of silence.

Sink into the book, read between the lines and you come out with practical learnings of India’s legislativepolicy space. The use of ordinances, for instance, ‘are yet another aspect of the distortion in our Parliamentary functioning’. The repeated use of the ordinance route to lawmaking, he writes, leads to ‘weakening of the Parliament, and violates the spirit of the Constitution’. There have been 28 ordinances in the first three years of the current Lok Sabha, compared to 25 in the 15th, and 36 in the 14th Lok Sabha. As Finance Minister, Mukherjee has been guilty of taking this path too; the June 18th Securities and Insurance Laws (Amendment and Validation) Ordinance of 2010, which amended four Acts of Parliament to manage a small tussle between the insurance and capital markets regulators over a tiny product, for instance, could have been handled better. So could the issue of retrospective taxation in the Vodafone tax case, introduced in his 2012-13 Budget to ‘undo the Supreme Court judgement’, and which he defends in the book, ‘to protect the interest of the country from the revenue point of view’.

Beyond his life as a political strategist and leader, a holder of the big three portfolios (Finance, External Affairs and Defence), the go-to man for India’s oldest party (the Congress), a conduit for intra- as well as inter-party negotiations and a trouble-shooter par excellence, if there is one word that captures his spirit, it is ‘survivor’. In 1984, he fell out with Rajiv Gandhi on the issue of who gets to lead the Congress after Indira Gandhi’s death. In 1986, he left the party to form the Rashtriya Samajwadi Congress, but remained a Congressman at heart and merged his party with Congress three years later. After the death of Rajiv Gandhi in 1991, Prime Minister Narasimha Rao appointed him head of the Planning Commission and Foreign Minister four years later. When Sonia Gandhi became party president in 1998, Mukherjee returned as its coalition manager to steer UPA 1 and UPA 2. While the office of the Prime Minister evaded him, he got ample support to become President.

This is a book about the ups and downs of India’s politics at a time when the country was moving away from the political monopoly of the Congress to an era of complex coalitions, told by a man who’s been there and done that. A must read for every serious politician.