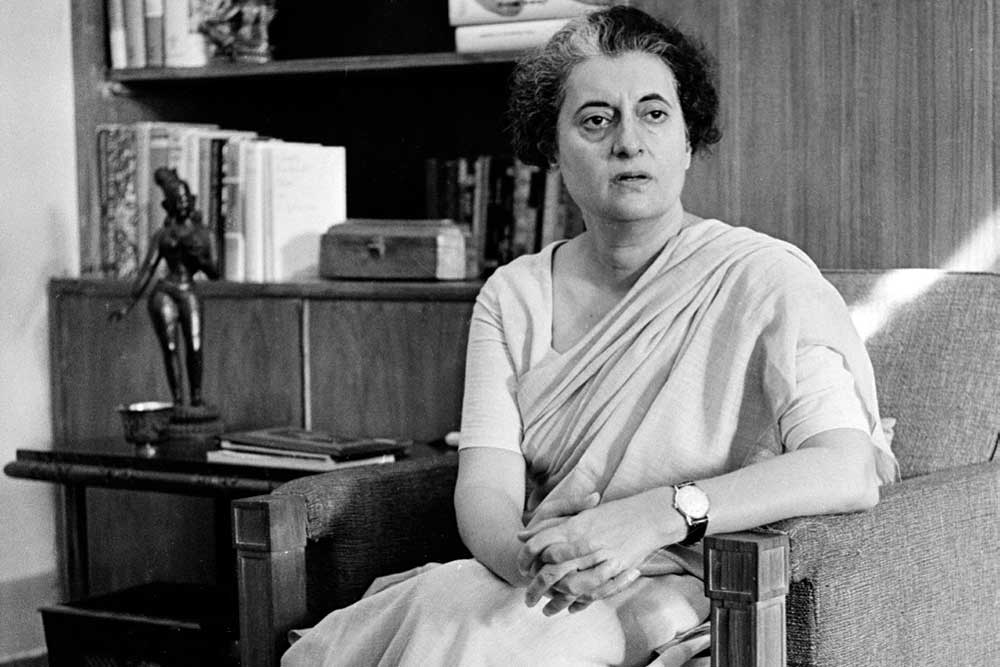 WITH AN ESTIMATED 150 biographies already surveying Indira Gandhi and her legacy, the first question we must ask of the latest addition to the list is if it inspires any fresh reflection. Or is it merely a readable rehash of dated material to ‘cash in’, perhaps, on a centennial year and a vast crowd of young readers unlikely to pick up denser, heavier volumes? Sagarika Ghose’s new ‘journalistic portrait’, with a brilliant Raghu Rai cover photograph and a significantly less brilliant subtitle, passes the test. And it passes, not so much because it brings to the fore groundbreaking new material (despite her interview with Priyanka Gandhi) as much as because it reveals the makings of a well-meaning but insecure, embattled, and often bitter mind, doing so with empathy while eschewing melodrama.

Ghose certainly is in awe of her subject, but it is a reasonable kind of awe that does not preclude asking questions of Mrs Gandhi’s ‘combative brand of politics’. While the outlines of the tale are well known enough to be tedious— the splendour of the Nehrus, the charisma of Jawaharlal, the ‘bewildered misery’ of Kamala, and the rise and fall of Indira—Ghose is at her strongest when scrutinising how Mrs Gandhi became the person nobody thought she would be. They wanted a son, but got ‘Indu-boy’ instead. Her father, who recommended frocks over saris, sent her to Oxford, where she was a ‘mousy, shy’ failure. Her imperious aunt called her ‘ugly and stupid’ and Indira, in turn, nursed a lifelong grudge. Her only real affection was for the people of India; affection that ironically became a recipe for disaster: a ‘near-conviction that she alone knew what was best for India’.

Ghose does a compelling job of building her narrative and weaves in many charming quotes and anecdotes. There is also sharp analysis, especially in reaching the conclusion that while ‘secular India had been her life’s stated mission’, secular India was also Mrs Gandhi’s ‘greatest failure’. The book, unusually, contains letters written by the author, from her perspective in 2017, to ‘interrogate the ghost’ of her subject. Although the intention of these letters—which are rather flowery at times—is evidently to set the tone for the reader, in actuality they often provoke a temptation to skip some pages altogether. Structurally, otherwise, the book is solid, and has certainly benefited from the work of a clear-headed editor (unlike Bertil Falk’s biography of Feroze Gandhi, which is rich in information and could be read alongside Ghose’s Indira, but meanders a great deal).

Ghose’s storytelling is also appealing. We meet a Mrs Gandhi who insisted Ronald Reagan wore make-up before his TV appearances, and who bluntly called out Gandhian ‘hypocrisies’, not least because immediately after blessing her doomed marriage, the Mahatma proceeded to lecture her on the importance of marital celibacy. The Indira who comes alive in this book is neither a saint, nor the kind of person who had any patience for saints. She is, on the contrary, a conflicted mortal, somewhat uncomfortable in her own skin, constantly seeking purpose in order to obtain validation. On the one hand, she had to work twice over to win the adulation-by-birthright that her father could command, largely due to the accident of sex. But on the other, her own political success came from a ‘subtle synthesis of aristocracy and populism’, which guaranteed for her more mass worship than even her father.

On the whole Ghose has produced an engaging critique of Mrs Gandhi, not just as formidable leader and Machiavellian politician, but also as a woman and an individual. And when you turn the final page, the person you remember is one who wished to do good, but couldn’t fully rise above the ghosts haunting her conscience. For every decision she took and every lapse she permitted, it was an entire people who paid the price. And the price Indira paid, in return, was that of her life—a life convincingly captured in a creditable book.