The Anonymity of Greatness

The Urdu novelist who has slipped out of the pantheon 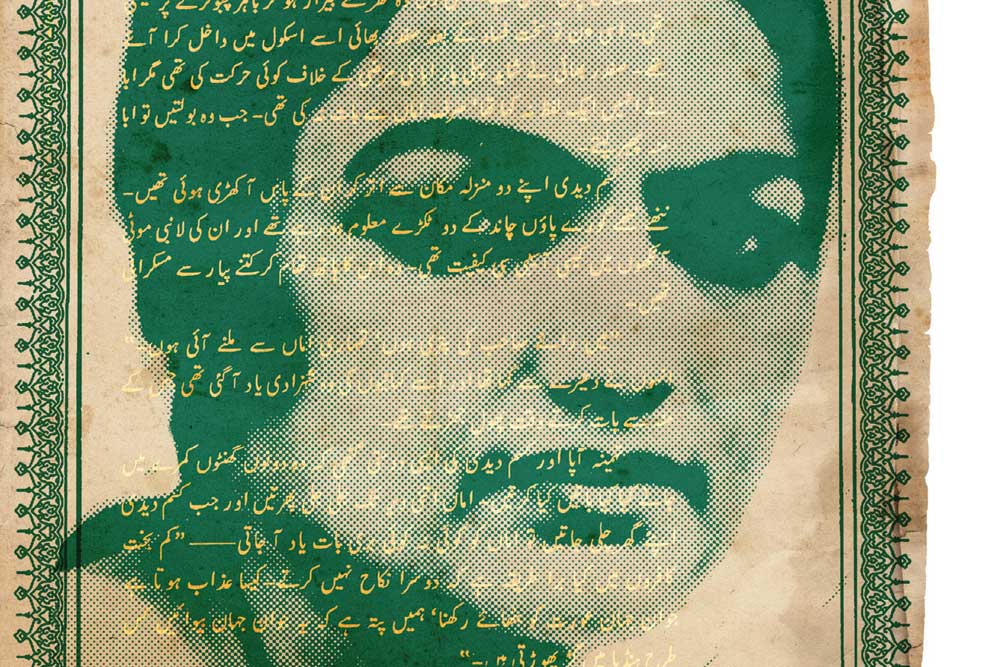 DESPITE THE FACT that my eyes are not so good at the moment, I picked up this 400-page novel and devoured it in two sittings. Powerful storylines fluently told in a deceptively simple and colloquial style, strong, outspoken characters and plenty of action kept the pages turning. Woe betide you if you skip a chapter—you will miss another key twist in the plot.

So who was Khadija Mastur, the author, and why is she not as well known as other Urdu and Hindi authors of the years immediately preceding and after independence, writers such as Ismat Chughtai, Qurratulain Hyder, Manto and Bhisham Sahni? The internet is horribly quiet about her, calling her ‘An Urdu author from Pakistan’. But she wasn’t. She was born in 1927 in United Provinces and spent the first 20 years of her life in Undivided India. Her father was a doctor in the army and her mother contributed to women’s magazines. When Khadija was just ten, her father died and the family was reduced to near penury. At independence, she and her younger sister, Hajira, also an author, migrated to Lahore. Khadija wrote two novels, Angan, published in the early 1960s—a remarkably productive decade for South Asian novelists—and Zamin, as well as five collections of short stories. Of all these, the one to have made the greatest impact is Angan, translated here as The Women’s Courtyard.

While her other works remain untouched, this is the second time this novel has been translated in recent years. The first translation was by Neelam Husain for Kali for Women. Daisy Rockwell, who has produced the second translation, is experienced and highly accomplished and it’s no surprise that her version is such a joy. However, perhaps I’m wrong, but I think in her Afterword she could have avoided picking out flaws in Neelam Husain’s work. It’s a bit like blowing your own trumpet. Re-translation needs no justification; it is not uncommon. Every translator knows that every sentence can be translated many different ways, as there are no exact equivalents and often even no approximate ones. Just look at the title itself: ‘Angan’. Husain translated it as the ‘Inner Courtyard’ and Rockwell as ‘The Women’s Courtyard’. Which is better? I leave it to the reader to decide.

Personally, I enjoy Neelam Husain’s translation too, and in some ways, being less anglicised, find it more appropriate for an Indian audience. I feel you lose something by reducing Phuphis and Chachis and Dadis to Aunties and Grannies for simplicity’s sake and elder brothers to Big Brother—a phrase that brings to mind Orwell’s 1984, the reality TV series and its Indian clone Big Boss.

Also, throughout the book, the sounds reaching the courtyard from the outside world, whether of sweet sellers, itinerant sadhus and fakirs, political processions or birds provide a soundscape for the novel. More than once, the koel calls, a symbol in so much Indian poetry of love and longing. Husain keeps the word ‘koel’ but Rockman translates it as cuckoo. It belongs to that family, but ‘cuckoo’ in English refers to the Eurasian Cuckoo of cuckoo-clock fame. Even in English, the official name of the koel is, funnily enough, Koel.

The important point about there being two English translations and two publishers backing them is that it underlines just how good this book is and how much it is considered Khadija Mastur’s defining work.

So why Khadija Mastur not so well known in India? Like Ismat Chughtai, she was a progressive writer. Unlike Chughtai, 12 years her senior, she had not really made a name for herself in India before 1947

The novel is set in a middle-class politically active Muslim family in the period Mastur witnessed herself —the height of the freedom movement and, in the final chapters, Partition and its aftermath. The political discussions of men and their visitors take place in the outer sitting room, a male preserve. These discussions are audible within where the women rule, and by keeping the action in their space, their voices are central to the novel. There is also a kind of universality about the women’s experience described here. One introduction to the Urdu novel says that this Angan is everyone’s Angan.

The central character is Aliya, a child growing to a young woman and forming her own views of love and life based on what she sees around her. There is much passion, often suppressed, and a fair amount of contempt openly expressed. These are stormy times individually as well as in the country. Mastur is an expert at indicating her characters’ thoughts and feelings in a brief phrase, a description of a detail, often just in a gesture.

The women rulers of the courtyard uphold an unbending code of hierarchy, wealth and honour—in fact, patriarchy. It is better to poison a daughter than to have her fall for a man of low birth, for example. They have also perfected the art of argument and verbal abuse, and Aliya’s mother venomously lambasts her husband for his transgressions, including supporting the Congress Party and putting his government job in peril. Aliya witnesses her home impoverished as the menfolk sacrifice their prosperity and their family life for the freedom struggle without even consulting those left at home. The effects of global events are seen at a household level. World War II not only carries off young men to the battlefront, it brings inflation, making it even more difficult to survive on a meagre income.

While the world is in conflict, the iron fist of the dominant women in the courtyard is challenged by the next generation. Readers will gasp at the self-destructive audacity of Aliya’s young relative Chammi, as she challenges orthodoxy, takes tongue-lashings and gives back as good as she gets. She flaunts a boyfriend and, flinging on her burkha, departs the house and roams the locality whenever challenged. Furthermore, she supports the Muslim League (not with too much thought: ‘I am a Muslim therefore I support the Muslim League’) in a staunch Congress household. She even organises a crowd of local children to shout League slogans to antagonise the master of the house and his colleagues in the sitting room. The patriarchal answer to a problematic woman is: marry her off. Here too, the elder women are the champions of patriarchy. But quick fixes prove no solution.

Aliya observes the lack of meeting of minds in her parents’ and other marriages, the kindness of her father and mercilessness of her mother. She also observes how women run after love, often with deadly results. She is determined to chart her own path, avoiding the kind of unsuccessful relationships she finds around her. The only escape at hand is education. She goes to school aiming for higher studies. With migration to Pakistan, her courtyard world is shattered. Allotted a Hindu home in Lahore, Aliya’s feeling for the losses brought by Partition are seen as she carefully stores away the image of Krishna she finds there.

So why is Mastur not so well known in India? Like Ismat Chughtai, she was a Progressive writer. Unlike Chughtai, 12 years her senior, she had not really made a name for herself in India before 1947. This could be one reason. In Pakistan, she was appreciated, and for a time headed the Progressive Writers’ Movement there. In her insightful Afterword, Rockwell tells us that Khadija and her younger sister Hajira were even known as the Brontë Sisters of Pakistan. Rockwell’s analysis is that in some ways, this is a fair comparison. Through her translation, Indian readers too have the chance to visit The Women’s Courtyard . Whether they will agree with the Brontë comparison or not, the journey there is well worth making.