Are Indian Muslims exiles in their own country? 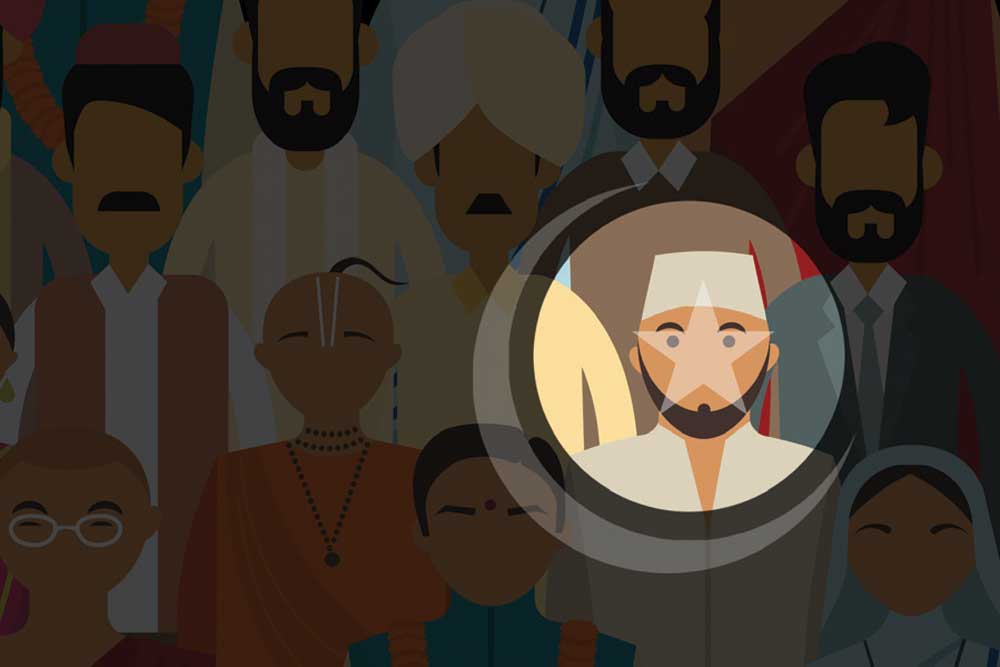 IT IS RARE to find friends, relatives and admirers question an author to whose book launch they have been invited—because book launches in our part of the world are ‘sacred’ and questioning is akin to public shaming. This was, however, the case at the launch of Saeed Naqvi’s Being The Other: The Muslim in India, where the author was grilled by his friends and relatives, apart from adversaries. And those who were ‘deeply disappointed’ by Naqvi’s provocative positions taken in the book as well as the ‘pessimistic views’ on India’s future and Muslims’ place in it included photographer Raghu Rai, the author’s daughter and senior journalist Saba Naqvi, former diplomat turned politician Pavan K Varma, and veteran journalist and author Mark Tully. Varma and Tully were in conversation with the author at the launch in Delhi.

They were disappointed because Naqvi, through this book, makes us uncomfortable as he challenges our views and understanding of important issues like Partition, secularism, communalism, riots, the making of the Kashmir problem, Babri Masjid demolition, rise of Hindutva, and the role of the Congress party and its towering leaders including Jawaharlal Nehru.

Take this for example: ‘The principal excuse given for partition is the two nation theory credited to Muslim League supremo Mohammad Ali Jinnah. However, what is not widely known is that…[it] was first articulated by colonial theorist James Mill… In fact, as senior Congress leader KM Munshi points out, ‘it was (Jinnah) who warned Gandhiji not to encourage the fanaticism of Muslim religious leaders.’ According to Naqvi, more than anyone else, Nehru and Sardar Patel were responsible for the partition of the country. To substantiate this claim, the author cites various communications and meetings between Mountbatten, Gandhi, Nehru, Patel and Maulana Azad. Here, it is important to note that Nehru was once a hero for the author and his clan. In his own words, Nehru was ‘the undisputed leader of Muslims in India’.

According to the author, after Partition, the Babri Masjid demolition was the biggest shock for Muslims in India. This was not just because a mosque was brought down, but because it was a political statement, a declaration of victory of Hindutva forces and failure of secular politics. Naqvi rightly notes that, ‘The Babri Masjid demolition served as a shocking eye-opener for Indian Muslims. It destroyed whatever confidence the community had in the Indian political class and…Congress.’ Moreover, after the 6 December 1992 event and subsequent riots, a covert and often overt dislike of Muslims in this country has gained traction. Discussing the rise of Hindutva, he notes that ‘the growth of the RSS in north India was not without Congress support.’

Adding insult to injury, Naqvi contends, the so-called war on terror has brought on another round of the ‘othering’ of Indian Muslims. As he believes, ‘the global war on terror has become the newest platform on which to build Hindu nationalism.’ Post 9/11, ‘every fake encounter or atrocity committed by militant groups has been laid at the doorstep of the country’s Muslim community… It is not by accident that thousands of angry Indian Muslim men are routinely picked up on charges of being suspected jihadis,’ he notes. It is another story that most of them get acquitted by different courts as the cases against them prove to be flimsy.

The book might come across as anti-Congress and Nehru-bashing, based on a selective reading of it. But here’s the spoiler: the book is hardly so, and the devil lies in the details. Read more closely it is equally critical of the BJP and other political parties. It ably demonstrates, using real life examples, how Muslims have been ‘othered’ over the years and how the process continues. It showcases the institutionalised biases, impunity and indifference of the system and society at large.

In one sentence, I would say that this is a firsthand account of a veteran journalist who happens to be a Muslim and who tries to convey his views of how Muslims have been betrayed in India and explain why he feels like an expatriate in his own country. And this is what makes its initial title (‘Exiled at Home: How India’s Muslims Were Betrayed’) more appropriate, for it captures the essence of the book accurately.