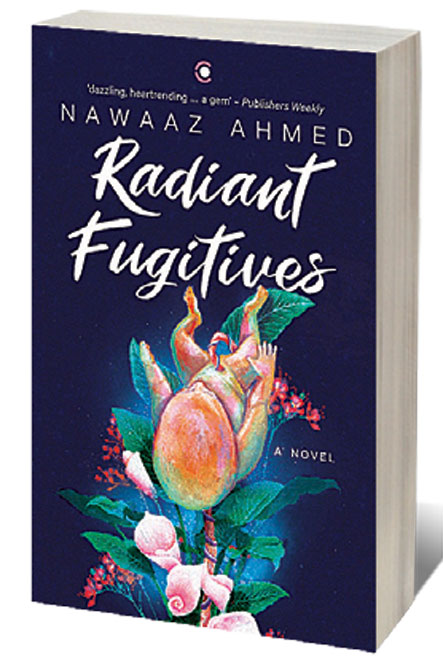 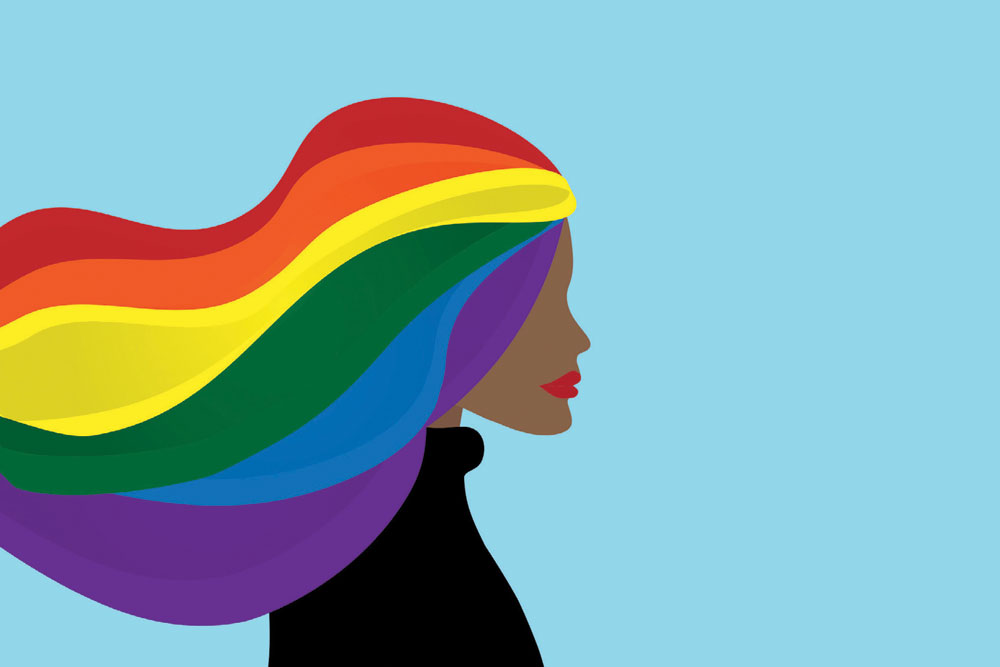 
NAWAAZ AHMED’S NOVEL Radiant Fugitives is one of the most mature queer-themed books to have been published in India after the reading down of Section 377. It unpacks the baggage around coming out through the story of Seema, a queer woman who is tormented not only by her family of origin but also her chosen family. Her father and sister cannot stand the fact that she desires women; her queer pals abandon her when she begins sleeping with a man.

The book is set primarily in Chennai, San Francisco, and Irvine, framed through the viewpoint of Seema’s son Ishraaq at the moment of his birth. His impending arrival is an opportunity for reconciliation, and also the recollection of past hurts. It is hard to shake off the feeling that Seema, Tahera, Nafeesa,
Bill, Ismail, Arshad, Amina, Fiaz, Leigh and Divya are merely characters in a novel, not people that you have met in flesh and blood.

Ahmed’s prose will tug at your heart with questions that are worth reflecting on: How does faith offer sustenance when family lets you down? Is grace available to all, or does it discriminate on the basis of sexual orientation? Why does the act of prayer arouse discomfort, even terror, in the minds of people who identify as secular? What makes believers and practitioners walk around with that annoying air of self-righteousness?

The fate of these characters is intertwined with the political destinies of Barack Obama and Kamala Harris, queer organising around civil unions and same-sex marriage, Muslim anger in response to hate crimes tied to the legacy of 9/11, South Asian activism in the Bay Area, and the complicated relationship that African Americans share with their Black Panther heritage after studying at Ivy League universities that have benefited from the slave trade.

Ahmed does not make a virtue out of identity politics; he does not abhor it either. He investigates why people are drawn to it, how it affects their intimate relationships, what they stand to gain and lose, and the hypocrisies they permit themselves. His literary gifts are at their finest when his characters behave in completely unexpected ways, moved by something more solid and deeply felt than a label, ideological framework or belief system.

What makes this a luminous piece of work is Ahmed’s empathy for those who long to be loved, without caveats and conditions, with all their history and pain and emotional drama.

They suffer because they care too much for validation. They are often so consumed by their own grief that they refuse to open their eyes and see the wounds that others are tending to. They believe, oddly enough, that all shall be well when the universe dances to their tune.

This novel will make you wonder how sisters—who shared a childhood filled with books and biryani and memories of braiding each other’s hair—are so cruel to each other. It will compel you to think about the regrets that mothers carry through a lifetime of wanting to do the best for their children but never understanding what they truly need and want. It will make you feel sorry for fathers who try desperately to be in control, knowing that they are bound to fail.

Radiant Fugitives is a novel about immigrants who struggle to blend in, and immigrants who want to assert their difference. It is about the exacting standards that human beings set up for each other, and how they punish those who fall short. It is about expressing love through cooking. It is about making peace with illness and ageing. It is about holding your own when others try to steer the course. It is about deception, jealousy, and the fragility of human bonds. It is also about the healing power of forgiveness to fix what seems beyond repair.