Of Nations and Illusions 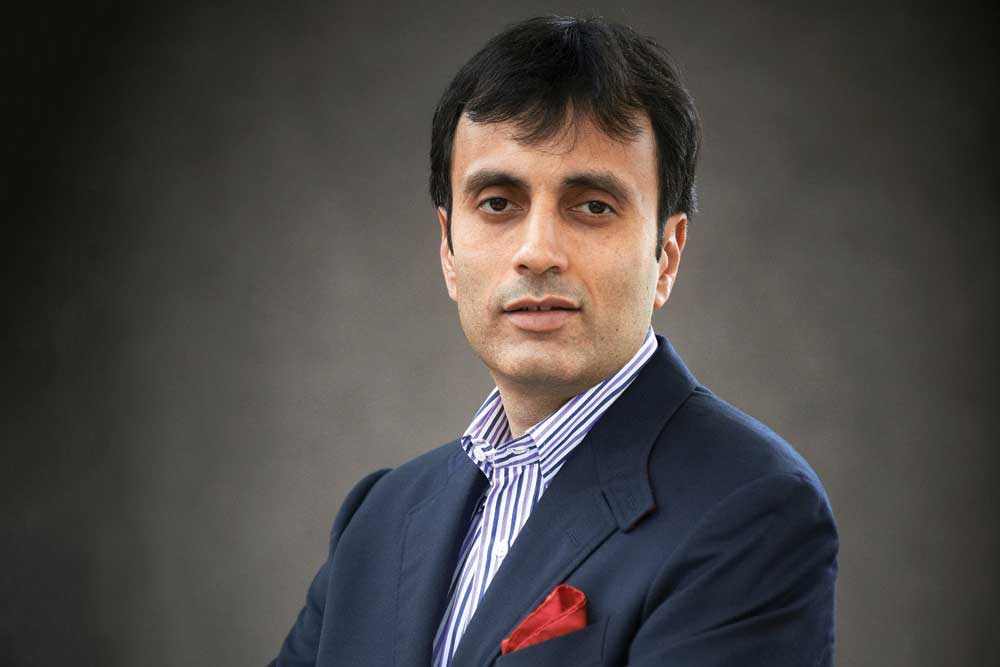 IN THE FIRST decade of the 21st century, a curious illusion gripped economists, investors and statesmen. A large number of these otherwise careful people began to believe that the elixir of economic growth had been found. Growth, it was assumed, would continue for the foreseeable future. What made this possible was the learning of the right lessons—openness to trade, greatly reduced government interference in markets, and globalisation, among other policies had unlocked a secret that had eluded the world since at least the Neolithic age.

The illusion was short-lived.

‘Then came 2008. The years BC (Before Crisis) gave way to the years AC (After Crisis). After the Crisis, the expectation of a golden age gave way to a new reality. Hype for globalization yielded to mutterings about ‘deglobalization,’ writes Ruchir Sharma in his new book The Rise and Fall of Nations.

Sharma, who is head of emerging markets and chief global strategist at Morgan Stanley Investment Management, is among a set of investment strategists who have stayed clear of the extremes of exuberance and pessimism. Investors are expected to run on a strange diet. Because they handle other people’s money, they are expected to show decent returns and hence invest with caution. But they are also expected to have loads of optimism. An investment manager who says there aren’t many investment opportunities to be had is unlikely to last in business. At the same time, too much ‘cheerfulness’ can lead to poor investments that only lead to grief later. The world is full of examples of such opportunities (due to pessimism) and bad bets (due to too much exuberance) at all levels—from stocks and bonds all the way to nations.

The question that Sharma seeks to answer is a difficult one: in the huge pile of nations, how to sift between those that are a good bet and those that aren’t? Economists and investors look at a big dashboard of indicators that range from well-known metrics such as growth, inflation, imports and exports, to more difficult to measure ones like effective political leadership. Professional investors never really reveal their exact ‘recipe’ when they take such decisions. Sharma, however, lists ten rules for an uncertain world that are a good measure of what will work and what won’t. Some of these are well known. For example, is the country in question pursuing good economic policies such as keeping inflation low and being open to trade (and ideas)? Others are less clear, even if they are hugely important: for example, a country’s geographic location. There are yet others that are so clear that highlighting them is to state the obvious. Yet these obvious lessons go unheeded, often for a long time and at a great cost.

Investment by countries—in factories, in building roads and bridges, railways and ports and education and healthcare—is perhaps the single biggest driver of modern growth.

Sharma says, ‘Looking at my list of the fifty-six highly successful postwar economies in which growth exceeded 6 percent for a decade or more, I found that on average these countries were investing about 25 percent of GDP (Gross Domestic Product) during the course of the boom. Often growth picks up as investment accelerates. So any emerging country aiming to grow rapidly is generally in a strong position to do so when investment is high and rising—roughly between 25 and 35 percent of GDP. They are in a weak position to grow when investment is low and falling—roughly 20 percent of GDP or less.’

India is a good example of what happens when you don’t invest enough. As a result of pre-2014 mistakes, there is still no sign of an investment boom

India is a very good example of what happens when you don’t invest (such as the period 2008-2013 when investment tapered off) or when you invest poorly. Economic growth slows down to the point where jobs are not created and those on offer are of poor quality that don’t impart the skills necessary to ascend the economic ladder. Once that happens, it becomes very hard to undo past mistakes.

‘The modern outlier is India, where investment as a share of the economy exceeded 30 percent of GDP over the course of the 2000s, but little of that money went into factories. Indian manufacturing had been stagnant for decades at around 15 percent of GDP. The stagnation stems from the failures of the state to build functioning ports and power plants or to create an environment in which the rules governing labor, land and capital are designed and enforced in a way that encourages entrepreneurs to invest, particularly in factories. India has disappointed on both counts: creating labor-friendly rules and workable land-acquisition norms.’

In more than one way, India is a fascinating story of what can go wrong because of misguided policies. Another one of Sharma’s ‘rules’ is about how geography can be a ‘sweet spot’ for a country to leapfrog its way to prosperity. There are certain places on the earth— often at the intersection of key trade routes and sea-lanes—where location itself can give a big boost to growth. If, for example, a country has a seaport on these lanes, it can be a centre of trade along that route. Hong Kong, Singapore and Dubai are well-known examples. (A map on page 408 illustrates this point.)

For a long time, India had one such geographic sweet spot: Bombay. At the heart of Subcontinental commerce, Bombay (now Mumbai) got eclipsed into insignificance after Independence. India began looking ‘inwards’ and eschewed trade as a source of growth. In doing so, it destroyed the vitality of one huge geographic advantage it had before 1947. Then, to compound this mistake, it began making ‘wrong’ investments for at least three decades. Instead of building roads and transport facilities, it began investing in factories owned by the Government that produced goods inefficiently, gave cradle-to-death employment security to a labour ‘aristocracy’, and established production centres deliberately away from transportation networks. By the time these mistakes began to be corrected in the 1990s, the world had stolen a march over the Golden Sparrow. Colombo and Chittagong now rival Mumbai as seaports and are closer to other big consuming and trading nations in East Asia.

If that was not enough, the same mistakes— of not investing sufficiently— were repeated again in the 21st century. From 2008 to 2013, India invested too little and consumed too much, with the result that economic growth slowed down. By the time this process began to be reversed in 2014, more problems emerged. It is 2016 now and there is no sign of an investment boom.

What is paradoxical is that India is still considered a strong bet (though I am not sure if Sharma thinks so). In his list of ten rules, it seems, other countries have made bigger mistakes, the cumulative cost of which to the world is much higher than what India has had to suffer. Some countries (for example, Brazil and Russia) invested much less than India. Others, such as China, overinvested—at one point China was investing 47 per cent of its GDP—and paid the price of that extreme. It is because of this gradation of mistakes that ‘in the Land of the Blind, the one-eyed man is king.’ The Rise and Fall of Nations is a useful guide to identifying who is blind and who is one- eyed in this world.