Of Cheeks and Slaps 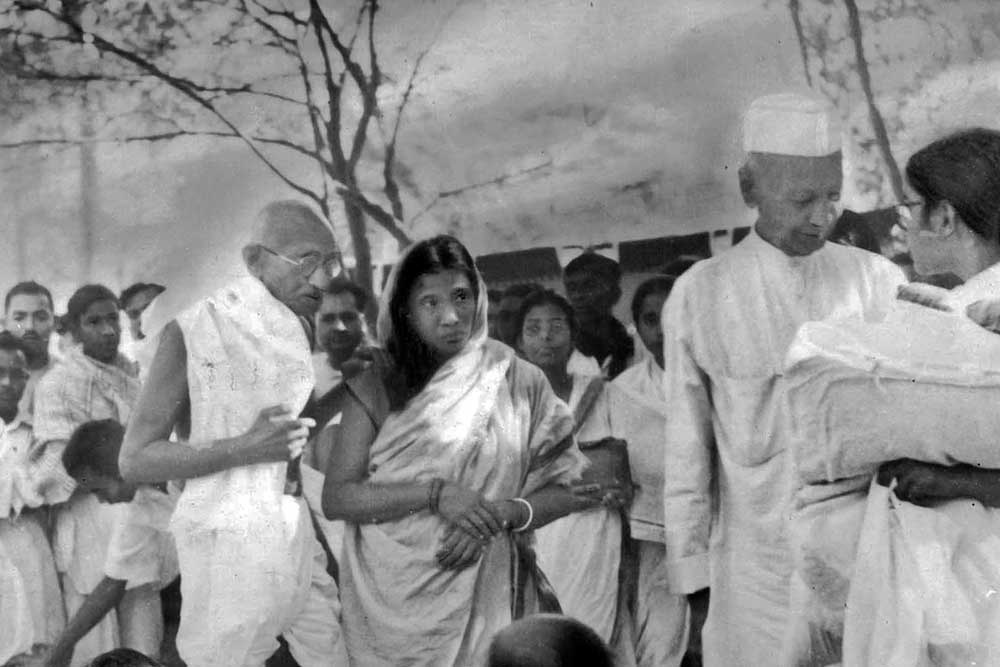 SUPPOSE THAT ON your way to work you notice a policeman beating a person on the road. Even if the man is a criminal—and the policeman is no one to judge that—can you forcibly stop the policeman, say, by throwing a stone at him? Legally, of course, you will be in trouble for impeding a public servant, but morally you have as much right to stop the policeman as you have to stop a private citizen in a similar situation.

It is a provocative idea, but one that has been elaborated at length by Jason Brennan, a prolific academic at Georgetown University, in his new book When All Else Fails: The Ethics of Resistance to State Injustice (Princeton University Press, 2019, Rs 1,988). But Brennan makes it clear quickly that he is not in favour of anarchism (even if he finds the idea interesting), ‘strategic linkages’ or civil disobedience and, finally, actions taken after some time in an attempt to rectify injustice. The latter is revenge, he says. In effect, his is a ‘here and now’ theory that has a distinctly libertarian flavour. It is another matter that injustice at the hands of governments is often too complex to be remedied quickly. Reading his book makes one feel that he wants governments to be fair and just but does not want to prescribe remedies that do away with their powers. The result is a rather narrow domain to take governments to task.

Brennan makes an interesting assertion: ‘The belief that governments enjoy authority is widespread; even people living under illiberal and highly corrupt regimes tend to think their governments are legitimate and authoritative. Nevertheless, if governments do indeed have authority, it seems like there should be some morally relevant property or set of properties that explains why governments have authority. (Everyone agrees that it can’t just be that “the property of being a government” is what confers authority.) If there is such a property, then it seems plausible that people should be able to identify it. But over the past twenty-five hundred years, a large number of highly qualified people have spent a large amount of effort trying but failing to identify that property’ (page 78).

It is an interesting question made even more so after Brennan tries to debunk accepted theories of the state; for example, those based on consent between the rulers and the ruled that go back to the English philosopher Thomas Hobbes. In these and other theories, it appears that Brennan’s objection lies in the obligation part of the consent: Why should people listen to a government or heed its commands even if they have consented to give it authority? One answer to Brennan’s question is historical: at any point, as long as a significant fraction (and that does not necessarily mean a majority) of people in a jurisdiction continue to obey a government, then its authority persists. If not, then there’s violence and political upheaval. This is not a philosopher’s answer, but it has worked well for a long time. The other answer, one that goes back to philosophers of absolutism, is that all great political phenomena, including the formation and persistence of states, are mysterious at their core. Once again, this is a claim that is at odds with the modern search for the authority of a government. But perhaps it makes some sense after all: religion and belief have predated state forms by much longer. If political phenomena are transformations of religious ideas, then it is not too hard to see why people behave the way they do.

Why should people listen to a government even if they have consented to give it authority? One answer is historical: as long as enough people obey, it persists. The other is that all great political phenomena are mysterious

Brennan’s theory is an interesting way of looking at the world. Even with his clearly specified injunction that his theory does not extend to civil disobedience, Gandhi’s agitation in the first two decades of the 20th century are instructive from this perspective. In The Nonviolent Struggle for Indian Freedom: 1905-1919 (Hurst & Company, 2018, Rs 3,275), historian David Hardiman looks at the tangled web around the idea of ahimsa or non-violence both as a religious creed and its crossing over to the political domain at a time when organised mass mobilisation had just begun in India. His is, of course, a theory that believes in the idea of ahimsa on its own and without any rationalisation on the basis of other theories. The book starts with ‘passive resistance’ during 1905-06 in Bengal and ends with the Rowlatt Satyagraha in 1919. During this phase, the results of Gandhian resistance were a mixed bag. The Rowlatt Satyagraha was by any measure not successful: not only was the draconian Rowlatt Act passed, but its aftermath in Amritsar in April 1919 was violence that had not been seen in British India since 1857. There were, however, successes as well. Gandhi’s agitation in Champaran in 1917 is one example.

The two events make for an interesting comparison. What explains the relative success of Champaran and the ‘failure’ of Rowlatt agitations? It was, for example, well known that farmers in Champaran had been exploited for a long time by British planters, who literally forced people to plant indigo. Yet it was only in 1917 that the agitation became possible. One reason were the dire economic conditions after World War I. British historian Judith Brown has noted the shortage of rolling stock in 1917. Only one-fifth was available for rail traffic and moving goods in and out of a district like Champaran became difficult. Due to this bottleneck, farmers in the district could not send their crops to other parts of India and in turn it became difficult to get necessary items such as salt and fuel. The result was soaring prices of necessary goods and a fall in those of farmers’ output. Far more than the longstanding exploitation of farmers, it was this adverse movement of prices that gave Gandhi the opening he required. Of course, the Mahatma never looked at the terms of trade before launching agitations.

So was Gandhi exacting revenge in Brennan’s terms? After all, he acted on behalf of these farmers long after it became known that the latter were being treated unjustly. In Brennan’s narrow sense, the answer is yes. But take a pause and think hard: it is obvious that ‘revenge’ is not only an inappropriate expression here, but one that makes little sense. The mere fact that one waits for an appropriate time to act does not detract from the substance of injustice or make the remedial action vengeful. In the real world, there are plenty of obstacles on the path to justice. To insist on taking action here and now is not only counterproductive at times but futile. The Rowlatt Satyagraha falls in the latter class. Though Hardiman does not go into the reasons for the failure in the political sense, it is clear that the Satyagraha did not have sufficient traction. In Punjab it took a violent turn, while other parts of India were too distant from the centre of events (Punjab) to have made any difference to an imperial regime. The mechanism of action and response under such rule differs from that under a democracy.

Brennan’s book brims with clever ideas and forces one to think about the nature of government authority. But in the end, it is a narrow theory of what persons can do in the face of injustice. Often, the forces of injustice operate on different time-scales and what is needed to counter them requires more than just individual or narrow collective action. That, in the end, is the limitation of libertarian political theories.