A haunting first novel set in Pakistan of the 70s 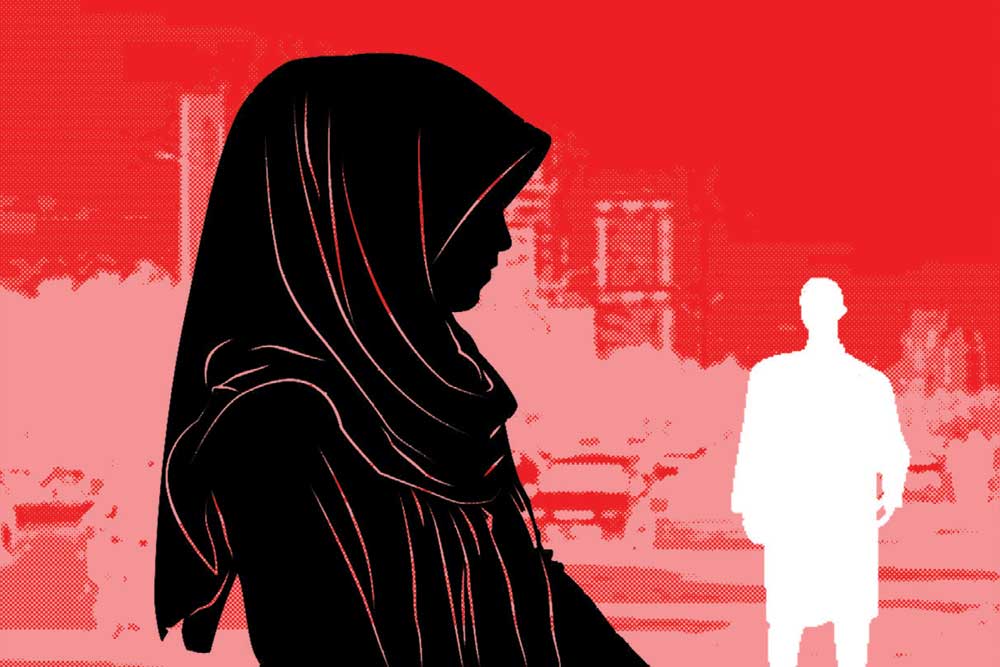 IN THE BOOK’S inner jacket, the novel has been described as ‘Little Women meets The Virgin Suicides’. In its characters and story set-up, This Wide Night does resemble Little Women, the 1900 classic by Louisa May Alcott. The novel’s denouement takes from The Virgin Suicides, the 1993 bestseller by American author Jeffrey Eugenides.

The story is based in Pakistan of the 1970s. The four Malik sisters who are the protagonists echo the March sisters of Little Women in their talents, preoccupations and natures. The narrative voice is mainly that of the Maliks’ neighbour, Jamal or Jimmy, who calls to mind Laurie, the orphan grandson of the March family’s neighbour.

Book One of the novel makes for a familiar yet uncomfortable read because it often recalls the older novel and inevitable comparisons arise in one’s mind midway through passages. The sense of heaviness is enhanced by the narrative voice. Book One is told in past tense by Jimmy, who is by turns confused or morose. He watches with admiration the long-haired Malik sisters and their graceful mother, Mehrunissa, play out their daily routine. He is grateful to be allowed a conversation with one or the other or to sit at their table at tea time. He longs to belong here.

Hasin’s writing style is erratic. The phrasing of some descriptions is muddled up: ‘Above the sink, I could see just my eyes hanging in the mirror. Beneath them were stains of disordered sleep colouring the bottoms of my eyes.’ In portions it is terse and visually evocative, the dialogue crisp, and a pleasure to read. Jimmy watches the outer workings of these five women. He vaguely senses —and speculates—that there is more going on between them than meets the eye. However, he neither observes nor describes anybody else. Servants of the household, neighbours or tradesmen, for instance, are rarely mentioned although the family lives in a big, bustling city. Khalajaan, the only relative the Maliks have, is not described in Book One, although Ayesha, who Jimmy is in love with, spends a lot of time at Khalajaan’s place. Even on pages describing the illicit gambling that Jimmy organises at his grandfather’s house, his friends and customers are shadowy. Scenes and characters remain words on the page.

The canvas opens up in Book Two when Jamal is sent away by his grandfather to London. This part is narrated in third person, so although the story continues from Jimmy’s point of view, it allows in more light and air. There are a few pages of brilliant prose describing Jimmy’s brief but calming affair with a fellow student, Sophie. After which Jimmy meets Leila, the youngest Malik, in Paris and after a whirlwind courtship, confusing in its logic, marries her.

The author truly settles into her ruminative, impressionistic style of telling in Book Three, the final part of the novel. The story shifts back to first person narrative with Jimmy telling it, but this time it plays out on Manora, an island off the coast of Karachi.

The island is a fascinating setting, lending its lonely, rain-drenched aura to the state of mind of the novel’s protagonists. Mehrunissa has died and her daughters cleave together to recoup from the loss. There is the playing out of an actual relationship between Jimmy, his wife Leila, and Ayesha, to whom he has always been drawn. The novel’s conclusion is gloriously poetic and gorgeously etched against the backdrop of night, sea and death.

Hasin is a literary talent to watch out for. A wider canvas and an original storyline would have powered This Wide Night to be a more satisfying read, but even with its flaws, Hasin’s storytelling has the capacity to move and haunt.