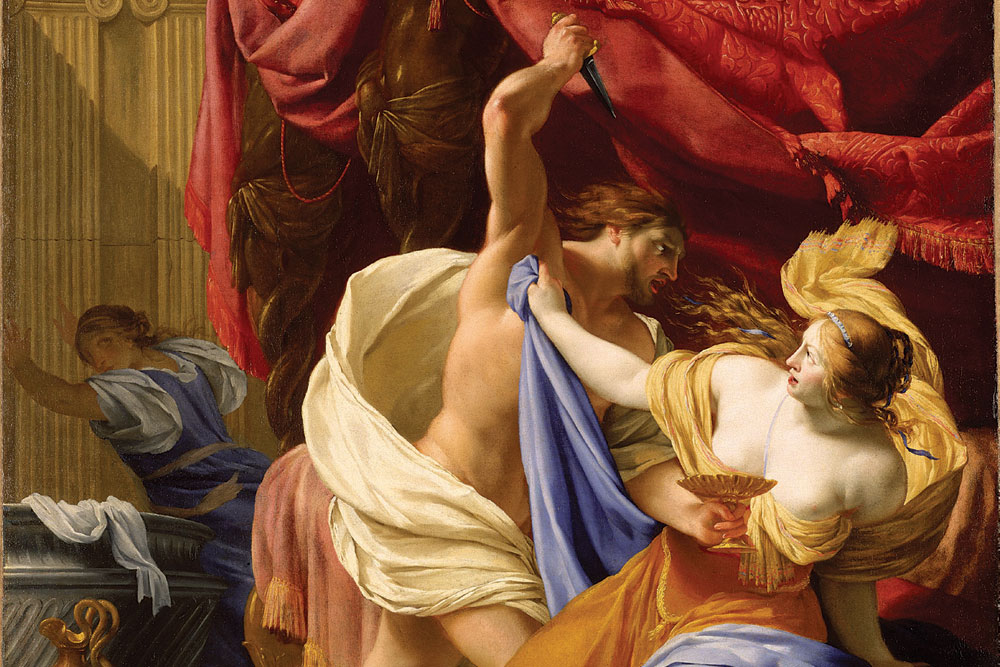 THE WORD ‘RAPE’ as used in this essay will apply only to penetration of the vagina of an unwilling human female by the penis of a human male. It will not be a portmanteau word into which are tipped sexual assaults of many kinds, involving outrages inflicted with different instruments in different parts of the body. In the interests of clarity, the category of rape has here been decluttered, and the instrument involved limited to the penis and the site of the penetration to the vagina.

Though some of us might like to think of the vagina as sacred, and casual use of it as a desecration, it has never been revered. The name ‘vagina’ is itself an insult. In Latin the word means ‘scabbard’, that is, ‘sword sheath’. Why this ugly word should have been accepted by the ‘civilised’ world as the correct appellation for the birth canal is bewildering. The vernacular names for the vagina are now amongst the most shocking words anyone can say. Every English town used to have a Gropecunt Lane; now you won’t find one anywhere.

These days the vagina is routinely accessed not only by the penis, but by a range of other instruments, to take cervical smears, swabs and samples for the diagnosis of a range of infections, for pregnancy terminations, for bimanual pelvic examinations, and for certain forms of ultrasound investigation. Today’s women can expect to spend more time in the stirrups with a speculum in situ than any women in history. Not so long ago the vagina was feared as the entrance to the wild womb, but those days are long gone. Steroids have neutralised it. Even so, the vagina is not a hole like any other.

Rape is an awkward word, encumbered with all kinds of historical baggage, but its substitution by the expression ‘sexual assault’, as is the case with the penal code of New South Wales for example, is not an improvement. It has the effect of emphasising the level of violence involved, when rape itself need involve no violence at all. You can rape a sleeping woman without even waking her up.

Rape is not a rare and catastrophic event or an extraordinary act carried out by monsters; from the banal to the bestial rape is part of the tissue of everyday life. The US Rape, Abuse and Incest National Network is wrong in describing rape as ‘caused by the conscious decisions of a small percentage of the community to commit a violent crime’. It is simply not true that ‘All rapists are cowards, criminals, and losers and belong in prison’ as Suicide.org founder Kevin Caruso tells us on the website. Nor is Professor John EB Myers of the McGeorge School of Law at the University of the Pacific right when he asserts that ‘Nonconsensual sex without force is not rape’.

As Margaret Sanger wrote in 1920, ‘Woman was and is condemned to a system under which the lawful rapes exceed the unlawful ones a million to one’. Bertrand Russell was thinking along the same lines when he pointed out that ‘marriage is for women the commonest mode of livelihood, and the total amount of undesired sex endured by women is probably greater in marriage than in prostitution’.

Rape is not a rare and catastrophic event or an extraordinary act carried out by Monsters; from the banal to the bestial rape is part of the tissue of everyday life

RAPE IS A jagged outcrop in the vast monotonous landscape of bad sex; we can only understand its prevalence and our inability to deal with it if we position it correctly within the psychopathology of daily life. Many years ago when I was a guest at a country house party, I was awoken in the wee small hours by the woman in the bedroom next door shouting at her husband. ‘Rupert! Leave me alone. Stop it. Get off me.’ The protests went on. At one point someone fell out of bed. The cries subsided, to be replaced by rhythmic creaking of bedsprings. Not long ago I asked her if she remembered the occasion. It turned out that it happened like that fairly often. Her husband slept badly, would read for half the night as she slept beside him, and would wake her up for sex that she didn’t want. Fearful of waking the whole house, she would eventually stop struggling and protesting and give in.

‘Was that rape?’ she asked.

I replied that I was afraid it probably was, and added, ‘But you wouldn’t want him put away for seven years, would you?’

She laughed wryly. With five children between them, and a loving if stormy relationship, she certainly did not. A different kind of feminist might have set about persuading her that she should feel resentful of this treatment and take some sort of action to discourage her husband’s casual use of her body, but I could see no merit in persuading her that her situation was oppressive or that rebellion—or separation—would be a better option. She has survived and they are still together, and have a dozen grandchildren.

If you google ‘too tired for sex’, say, you will read many accounts of non-consensual sex, some of them heartbreaking. It hurts to read the testimony of a woman with chronic pain who feels that it is her duty to pretend to enjoy sex with her husband, or the bitter words of the man whose wife winces if he touches her. How have we come to this pass? Non-consensual sex is banal and deeply ordinary but that is not to say that it is not an evil, with damaging consequences for both parties. A man who has sex with an unwilling woman alienates himself from intimacy with her. The woman who endures sex without pleasure suffers a steady corrosion of her self- esteem. Diurnal rape stifles love and imposes loneliness and withdrawal. The bitterest irony is that it is the unresponsive woman who will be blamed for the obliteration of what was once a mutual love…

Why are women so afraid of rape? If we stick to the kernel of the offence, it involves the most vulnerable part of a man’s body, his penis. Most of men’s pet names for their penises signify weakness and foolishness. Even basketballer Steven Adams refers to his famous equipment as ‘junk’. More diffident men use pet names like ‘willy’ or ‘winkle’ or ‘plonker’ or ‘todger’. Australians use ‘dick’ often in connection with ‘head’ to mean complete fool.

According to Patricia D Rozee’s article ‘Fear of Rape’ in the Women’s Studies Encyclopedia, women fear rape more than any other violent offence. This intense fear of rape, Rozee says, common amongst a significant majority of girls and women, develops in childhood, between the ages of two and twelve. She reports that women participating in the studies claim to remember hearing parental warnings about stranger danger at very young ages. In The Female Fear: The Social Cost of Rape, Margaret T Gordon and Stephanie Riger say that fully one-third of the women in their study reported worrying about rape once a month or more. Others said that the fear of rape is just something that lives in the back of their minds at all times, even when it wasn’t present in conscious thought. Another third of the participants claimed to never worry about rape but even so they took precautions to guard against it.

In Against Our Will: Men, Women and Rape, her groundbreaking feminist work on rape, Susan Brownmiller famously wrote:

‘A world without rapists would be a world in which women moved freely without fear of men. That some men rape provides a sufficient threat to keep all women in a constant state of intimidation, forever conscious of the knowledge that the biological tool must be held in awe, for it may turn to weapon with sudden swiftness born of harmful intent.’

The ‘biological tool’ is the penis, presumably; to suppose that it turns into a weapon is to imagine that what does the harm in a rape is the poor old penis. To buy into such a notion is to share one of the male delusions about the penis, that it is an awesome, powerful thing. An elbow, a thumb even, can do you more harm than a penis. It is a nonsense for our daughters to be more frightened of penises than our sons are of knives or guns.