Attending the English classes at Cambridge 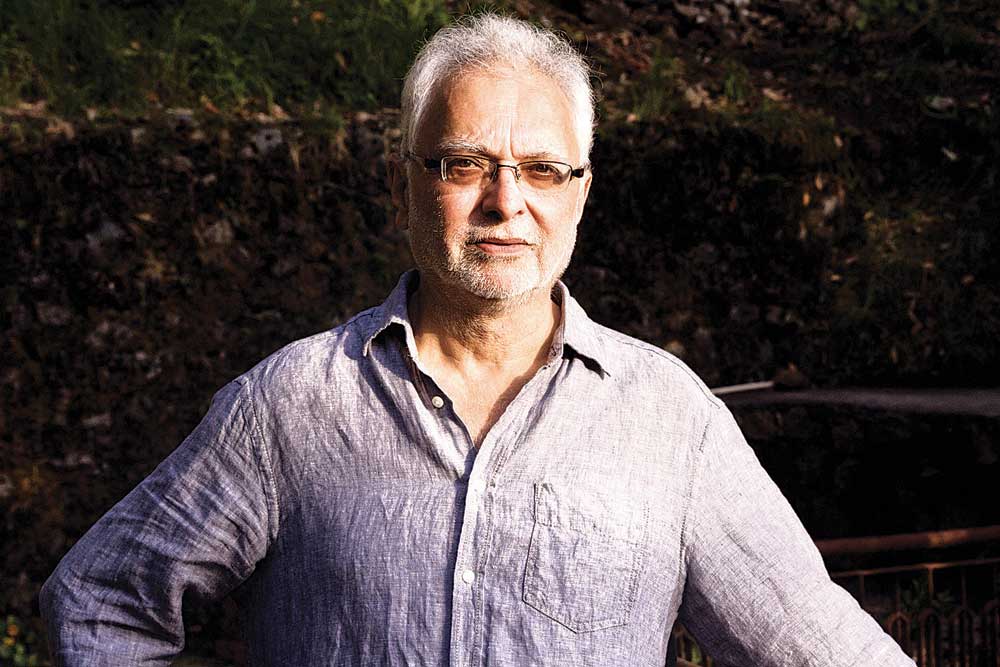 CAMBRIDGE MAY WELL be ranked the UK’s top university this year and have an unbroken academic history of over eight centuries. Its mere list of illustrious alumni would fill thick tomes, but for an Indian lad moving there in the mid-1960s on his own, it was straight out of a picture book. ‘Stone walls and enclosed courts. Gates like those of castles in the movies.’ Those are the first impressions of Farrukh Dhondy, who attended Cambridge to study Natural Sciences on a Tata endowment. He went on to add English to his degree and be a chronicler to a Britain waking up in a post-colonial world, albeit through an Indian lens.

Before that remarkable journey came this stint at college, now chronicled as Cambridge Company, almost half a century later. It could be read as giving faces to London Company (2013), a fictional work covering a sometimes overlapping period of a nation clashing over its soul. But for its coming more than three decades later, this tome is a perfect compendium for those familiar with Farrukh Dhondy’s Poona Company (1980). It continues the narrative, moving from a fondly remembered Sarbatwalla Chowk seen from a child’s lens to a more waking-up-to-real-world experience in a cold English university of the 60s.

Dhondy’s oeuvre, which includes not just novels but also memoirs, plays, short stories, children’s books as well as scripts for film and television, would come to be significantly shaped in these brief, heady years. Over time, his voice has stood for a multicultural experience, exposing layers of prejudice, hope and strife in between. This wasn’t unique in 1960s UK, where entrenched ways of life were coming face to face with an unprecedented wave of immigrants, especially from her erstwhile empire. And ideas and questions that were still heretical, despite their growing resonance—gender parity, sexual liberation, gay issues, communism versus the world. Hindsight makes the delineation of larger trends more legible, but at the time, for him and his peers, it was also just about coping and making it in an alien land.

Dhondy’s close-up look of college life is a heady mix of pilchards, donkey jackets, an emerging working class taking on ‘toffs’, grime, lust, literary criticism of FR Leavis, and faraway love. As this non- linear vignette amplifies, life was about learning on the quick. The snapshots capture life often at its barest, and we find our protagonist struggling to make ends meet at just about every juncture. He was ready to sacrifice sustenance— after all, Gandhi had, he reminisced then. An overland trek through Europe, Turkey and Iran makes for a fascinating read, as much for reasons of social anthropology as Dhondy’s felicity of brevity in prose.

Even though Dhondy’s time at Cambridge overlapped with some pretty famous names (think Rajiv Gandhi, for example), there is little overall for those looking to tabloid information. Instead there are people like Enid, with whom he shares ‘sex without love’ or Paul Danahar, proficient at sweater knitting and passionate about the working class. Indeed, the big class divide in England keeps recurring across characters, indicating just how deep a rupture it was. It suited Dhondy’s activist vein perfectly, even if the references here are more oblique than in London Company.

Even in this rather matter-of-fact recollection, there are moments of empathy, revealing just how different the realities were not so long ago. Look no beyond Aspy Khambatta’s mother, poor and ostracised, struggled between ‘hunger and shame’. Or Chaucer tutor Catherine, who sought out forgiveness for a past deed. There are romantic interludes too, especially with his former wife Mala, who married one of his friends just so she could come to England and be with Dhondy.

Just why it is that this Company has been so late in coming remains unclear. Right down to the rather conflicted fan latter to his university colleague, Clive James, his characteristic style is ever present. Multicultural, yes. Provocative, yes. Earthy, check. Lyrical, of course. This one is for Dhondy fans.