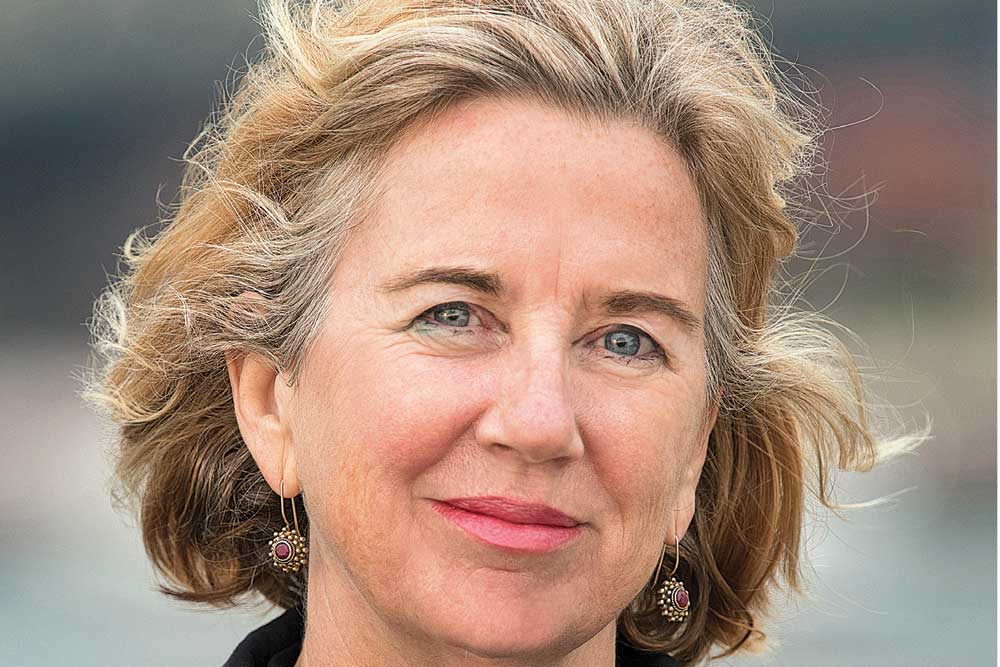 IN HER LONG essay about life and writing, The Getaway Car, the novelist Ann Patchett observed: ‘Dorothy Allison once told me that she was worried she had only one story to tell, and at that moment I realized I had only one story as well (see: The Magic Mountain—a group of strangers are thrown together…), and that really the work of just about any writer you can think of can be boiled down to one story. The trick then is to learn not to fight it, and to thrive within that thing you feel deeply and care about most of all.’

This is a point that can be easily misunderstood. Patchett herself has accomplished incredible things with her novels, within the space of what she calls her ‘one story’, the structure of which was unconsciously inspired by The Magic Mountain, a childhood favourite. And, of course, not all her books follow the ‘a group of strangers thrown together’ plot anyway. The point I am about to make is that there are some deeply ingrained patterns that a writer keeps going back to, almost obsessively. They could be either thematic or structural, and they provide an abiding centre to a wholly new work.

In the case of Deborah Baker, a non- fiction writer whose A Blue Hand (2008) I had absolutely adored, there is this recurring motif. Her lens invariably teases out and then focuses on a set of men and women—often artists, invariably representative of their generation’s paradigm shifts—whose individual lives are flickers against the backdrop of their heady times. So, even in In Extremis (1993), her much acclaimed biography of Laura Riding, her principal subject is constructed in relation to her brilliant circle of friends and artists: Hart Crane, Gertrude Stein, Edmund Wilson, Malcolm Cowley, Allen Tate, Robert Penn, a generation whose work redefined not only American literature but also the American academy. Similarly, in A Blue Hand, Baker writes about the Beats and their vital encounter with India. While Allen Ginsberg is the ‘first among equals’, so to speak, in Blue Hand, Baker chronicles an entire generation of poets and their (artistic) other halves: Ginsberg’s lover Peter Orlovsky, fellow poets Gary Snyder and Joanne Kyger who are on their own journey in India (Joanne’s voice is one of the most wonderful, capricious things about the book), Jack Kerouac and William Burroughs, as well as their counterparts in India such as Sunil Gangopadhyay and Shakti Chattopadhyay of Calcutta.

Baker’s new book, The Last Englishmen, however, is more ambitious. At its centre is an interlinked group of Britons and Indians, several of whom are poets and artists, and several are the Empire’s last men standing, doing peculiarly imperial jobs. But since the backdrop is the last two decades of British rule in India, a detailed world of colonial life is woven into the texture. There are walks in the Lake District; artists in cold studios in London; Communist spies among the British elite in India and their elaborate protocol to evade the ‘Special Branch’; wonderful addas in the salons of Calcutta; accounts of Raj-era jobs—surveying, identifying and naming; and remarkable women charging at the gates of Equality.

Shimmering above it all is the shadow of Mount Everest, the conquest of which has become an obsession to many Englishmen as the hold of the Empire slowly but surely wanes. Each slice-of-life account is a product of research and creates intense narrative density.

Even though the ‘Cast of Characters’ helpfully provided by the author at the beginning runs into three whole pages, there are, in the final analysis, three chief protagonists in The Last Englishmen. The first two are British. John Bicknell Auden, a pioneering geologist employed by a grand institution of the colonial machinery, the Geological Survey of India, and Michael Spender, an unnaturally tall engineer who was the first to draw a detailed map of the north face of Mount Everest. While they never really liked each other very much (despite having gone on the Shaksgam Expedition together, an episode that appears in the book), Auden and Spender had three things in common. They both dreamt of an ascent to Mount Everest. At different times, they had both been in love with the brilliant if slightly neurotic painter Nancy Sharp (Spender and Sharp later divorced their respective spouses and married each other). And John Auden’s younger brother, Wystan, and Michael’s younger brother, Stephen, were not only notable poets of that age but also belonged to the same set of writers, which also included Christopher Isherwood, Louis MacNeice and George Orwell.

The third protagonist, a unique foil to Auden Senior and Spender Senior is Sudhindranath Datta, a remarkable poet, essayist and thinker whose voice was one of the true originals to have emerged in the post-Tagore world of Bengali poetry, and who brought new life to the ‘adda’: ‘The adda was a Calcutta institution. It generally took place at a settled rendezvous at a fixed time. This might be a verandah, a rooftop, an office, or a street-corner tea stall. Adda participants could be unemployed graduates or middle-class men with bookish interests. Women and children were scarce. In its purest sense, adda was an ongoing conversation among strong and sparring personalities…. At the centre of an adda was the addadhari, the sun around which all members orbited. For the Parichayadda, Sudhindranath Datta was that sun.’

And yet, even though he was a sort of poster-child for what was best in the marriage between the East and the West, he could not escape this awareness: ‘[H]owever well versed in European manners, literature and laws, Sudhindranath Datta was forever marked by a melancholy truth: to the most philistine of Englishmen, he was yet another Bengali baboo.’ This leads him to an inexplicable melancholia that mirrors John’s unease with the Empire. And here, in what can only be a serendipitous symmetry in the story, both Sudhin and John fall in love with Miss Sheila Bonnerjee, painter, beauty, adda-goer and granddaughter of WC Bonnerjee, first president of the Indian National Congress.

The Last Englishmen is structured in the same, somewhat unconventional form Baker had used to such effect in A Blue Hand, where individual narratives are advanced in small measures; and the chapters are strung together to build a layered narrative canvas. However, given the vivid and varied worlds recreated in The Last Englishmen, each researched so closely that it’s like a miniature, one might need to keep a notebook on the side to scrawl reminders to oneself about the different paths the characters take over a span of two decades, give or take.

Noted critics have said that The Last Englishmen reads like a novel. That’s where I find myself in disagreement. For a book that is so closely and creatively based on research, it is conscious of its narrative role and does not attempt to read like a novel at all—instead re- affirming, in its difficulty and detail, its provenance. Where it feels like the best of novels is in the sophisticated structure it employs, reminiscent of Vikram Seth, who spoke memorably in the voice of Amit Chatterji in A Suitable Boy: ‘I’ve always felt that the performance of a raag resembles a novel—or at least the kind of novel I’m attempting to write. You know,’ he continued, ‘first you take one note and explore it for a while, then another to discover the possibilities, then perhaps you get to the dominant, and pause for a bit, and it’s only gradually that the phrases begin to form and the tabla joins in with the beat…and then the more brilliant improvisations and diversions begin, with the main theme returning from time to time, and finally it all speeds up, and the excitement increases to a climax.’

The beauty of The Last Englishmen is in adapting this form to non-fiction so bravely—right down to the climax, with the Great Calcutta Killings when the original Set of Sudhin’s adda find themselves divided as never before. Buy this book. And then take your time reading and re-reading it.