Reinventing an ancient era with all its cultural diversity 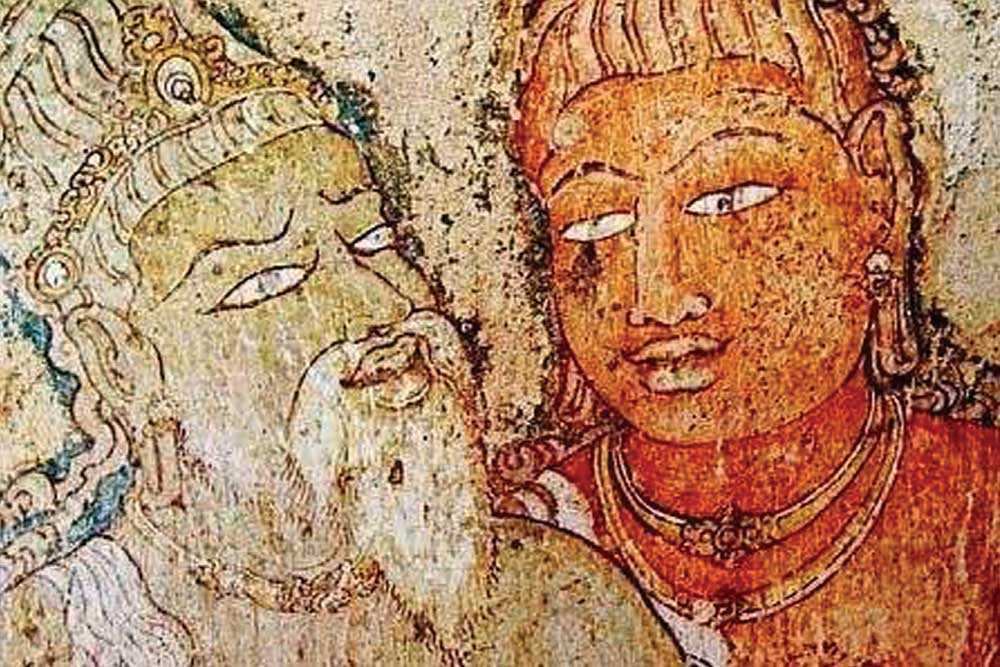 THE KNOWLEDGE YOU acquire in school has a certain half-life. All we remember of south Indian history was that there were Cholas,Pandyas and Pallavas. And that these dynasties fought one another.

Devi Yesodharan’s Empire mandates a plunge again into this ocean of history. Yesodharan’s debut is set in the zenith of Cholan glory; under Emperor Rajendra, they were a vast polity, stretching from what is now Odisha to Sri Lanka, from Singapore to Indonesia. Many of the influences of Indian culture you see today in South East Asia can be traced to them. Under their great kings, celebrated temples, art and literature flowed like the Kaveri. All of this a thousand years ago, when Europeans were still waiting to be killed off by Black Death.

Yesodharan, who served as a speechwriter to Narayana Murthy, has a keen eye for power and the foibles of those who yield it. Her Rajendra Chola, while a great conqueror, is seen worrying about his wig and makeup. There are also impromptu management lessons: ‘This is the paradox of power. You can chart out the big things, but you lose the right to interfere in the hundred daily decisions that ultimately count towards history.’

Yesodharan assembles the usual cast, apart from the king; there is the stern teacher, the mysterious rajguru and so on. The tale however is told by deftly shuttling between the POVs of two characters; Anantha, the gruff commander, or Cholasenathipathi, and Aremis, a teenaged Greek girl-turned-warrior.

Aremis is captured by Anantha when a Greek piratical raid goes wrong. She is naturally White, blonde and a kind of slave. This plays well enough into a certain kind of Indian male fantasy, but Yesodharan goes in another direction. Aremis is a quasi counter-intelligence agent, working stealthily at night, climbing over roofs, taking out targets with tranquiliser-tipped arrows.

Despite certain anachronisms which the author doesn’t clarify, like Aremis invoking Zeus, in an era where Christianity had overturned the elder gods, Yesodharan assembles all the players and the plot gets going.

Today, we take for granted the vast invisible canals of commerce and information that gird the earth. What one doesn’t realise is that the Cholas dug some of these canals of capital and goods, connecting East and West, helping Chinese and Indian goods reach new markets. This is the lever of the plot; a struggle over trade routes between the Cholas and the Srivijayans, another Indian polity, based in present-day Indonesia. The scene of the action is Nagapattinam, a city whose ‘lamps never dimmed’. Now it might be an unremarkable coastal town, but back then it had the cachet that Dubai or the Bay Area have today. A medieval boomtown into which flows ‘a river of silver and gold that dwarfs the flowering wealth the Kaveri brought us long ago.’

Yesodharan builds this world well enough, with its courtesans and traders, taverns and palaces, and its mores (being called lazy is the worst insult for a Chola). With lavish descriptions of food—ranging from fried ‘duck eggs…to be eaten with millet flatbread’ to sweet rotis topped with fresh coconut— one could write a Chola cookbook as a spinoff.

There are ambushes on an ominously silent Lankan coast, an enemy capital is taken by coup de main, a tracheotomy performed on a woman in labour. There are medieval flamethrowers, elephant- carrying troopships. The ever-present backdrop is however war, with the coming invasion of Srivijaya the central thread of the narrative. We see a kind of Chola identity being forged through these wars; at the heart is what Ibn Khaldun called asabhiya or social cohesion. Khaldun was probably the world’s first sociologist, back in the 1400s. In Khaldun’s vision, there was an endless cycle as empires grew decadent, to be overthrown by barbarians, who in turn would become soft and civilised.

Empire is rife with plenty of plot threads—prophecies, royal impostors, conspiracies, which don’t always add up. It has been assembled very well, but somehow doesn’t make full use of the scene setting and characters. You read all this with a terrible foreknowledge: the silver may be gone, some of the palaces and the art may have survived, but the people are lost, a past that is now irreversibly past.