The unsung heroines of the Mughal era 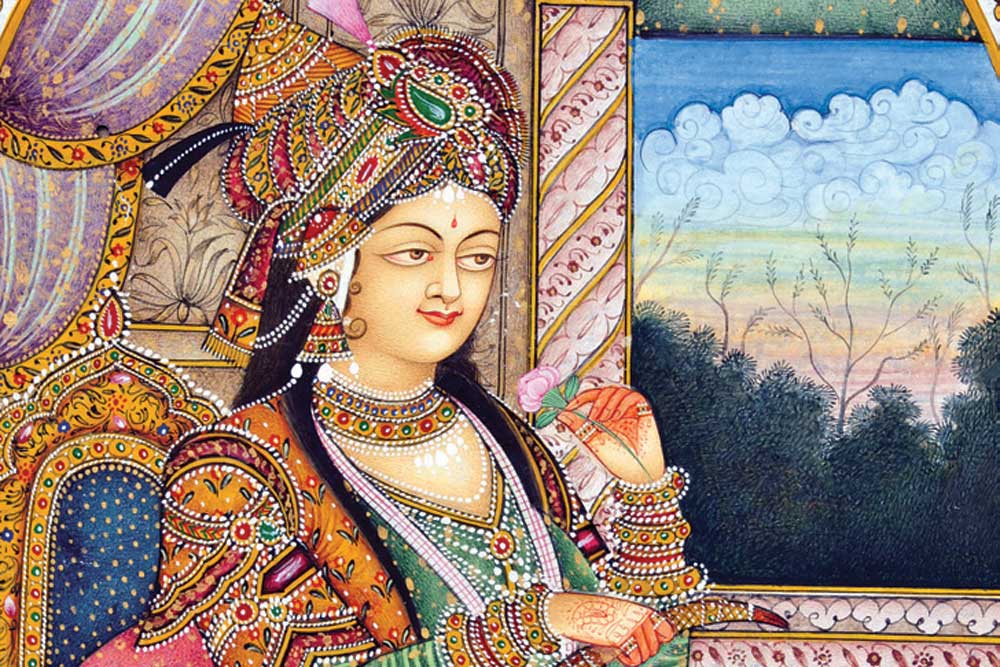 THE BRILLIANT SUN of the Mughal imperial rulers shone brightly over India for more than two centuries. While the story of Mughal emperors and princes has been told often enough, we sometimes forget the equally fascinating and surprisingly influential women who were also a part of that family. It is therefore refreshing to come across an account that relates the stories of a series of ladies connected to the Mughal family, as daughters, wives and ‘milk-mothers’. The breadth of the treatment, from the time of Babur’s youth to the death of Aurangzeb’s daughters, more than two centuries, is also impressive.

Ira Mukhoty tells us that veneration of powerful women was among the earliest traditions of the Mughals, who traced their lineage from both ‘Timur the lame’ and the Mongol Chengiz Khan. On one hand, this was an integral part of their myth of origin, since the Mongols traced their beginnings to a mythical female ancestor called Alanquwa. On the other hand, the women of the family enjoyed considerable respect, authority and independence, and displayed extraordinary leadership, courage and fortitude. The author traces for us a vivid picture of the remarkable women from the earliest days of Babur and Humayun—mediating disputes, leading diplomatic missions and offering themselves up as hostages in difficult situations.

Once the empire came to be more settled, from the time of Akbar, we see them in slightly different roles, now usually not called upon to endure the hardships of the struggles of the early empire-builders, but as well educated and financially independent women. They played important roles, whether in directly controlling affairs of the state—as Nurjahan did as the wife of Jahangir, or in mediating struggles of succession between princes, as did Jahanara and Roshanara, the daughters of Shahjahan.

Recovering the voices of these ladies is not easy, and this by itself makes the work admirable. The richness of detail in the memoirs of Humayun’s sister Gulbadan provided the living, breathing, rounded personalities that populate the earlier period’s biographies. The author points to a ‘disappearance’ of women from the time of Akbar, which is in fact simply the unavailability of a comparable personal record. In formal court chronicles, or even in autobiographies written by men, such as that of Jahangir, the women are indeed largely missing, though we still get ample evidence of their continuing importance, such as the trading activities of Harkha Bai, the mother of Jahangir. The author draws her evidence for this period from these official histories and the accounts of a number of European visitors to the Mughal court. Both lacked first-hand experience of the intimate inner world of the Mughal family, the official chroniclers displaying a stiffness and propriety that created bloodless paragons instead of flesh-and-blood women. In the case of the foreign accounts, the picture is equally unreal, coloured as it is by cultural prejudice and tainted by bazaar gossip.

The author is aware of the shortcomings of her sources and has nevertheless tried to draw a balanced picture from these biased accounts. Her style is easy to read but by no means bland. The descriptions are vivid, and the characters and events presented with a fair amount of detail. For a historian, however, this raises a troubling question: how much of this is based on historical accounts, what are the sources that have supplied this, and have they been critically evaluated? Footnotes are the lifeblood of history writing and are usually what back up the narrative, but sadly, those for this work are by not comprehensive.

There is definitely a lot to be said for historical writing that is entertaining as well as informative. But it is essential to draw a line between writing on a historical subject with some degree of creative licence, and writing history. A clear indication of where the author places this book would have been reassuring.