Beauty of the Moment 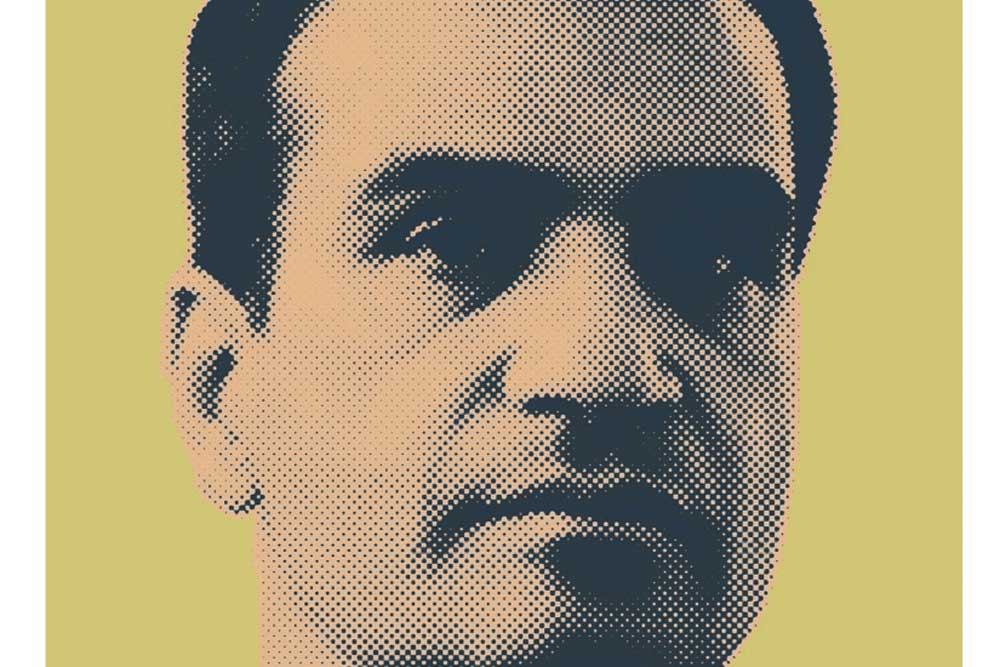 AT THE CENTRE of Nadeem Aslam’s The Golden Legend is a book.

And not just any ordinary book either. It’s a ‘large, magnificent book,’ written by the protagonist’s father-in- law, and we first encounter it in her husband Massud’s hands, on the day he dies. There’s a shoot-out on the street, between two Pakistanis on a motorbike and an American in a car, and Massud and Nargis happen to be there as part of a human chain transferring Islamic books from one of the city’s oldest libraries to its new premises.

This incident is pivotal not only because it sets off the chain of events in The Golden Legend—Nargis is threatened by the military to pardon the killer for strategic political reasons, and we also get to know she’s been keeping a dangerous secret from her husband—but also because it embodies the single most important theme in Aslam’s novel: that of connection. Not only of forging connections between communities, religions, ethnicities, but also acknowledging how the world has been, and perpetually continues to be, shaped by the transfer and travel of peoples and ideas. The book itself, (a tad tweely) titled That They Might Know Each Other, seems to celebrate this, ‘tracing the umbilical connections between places’ by being a ‘meditation on how pilgrimage, wars, trades, and curiosity had led to contact between cultures’. Pertinent then that it’s ripped to shreds by a military officer who visits Nargis, and even more so that through the course of The Golden Legend we see it being carefully stitched together by different characters—Nargis, Helen, the daughter of their Christian servants brought up as their surrogate child, and their new friend, Imran, a Kashmiri youth who’s deserted a Pakistani military camp.

As with his previous novels, Aslam is concerned with the here and now (and also with careful contextualising). The novel is startlingly contemporary, weaving in incidents fresh in recent memory—the lynching at Dadri in 2015, for example, or America’s recent drone bombings of the region—as well as painting a picture of a modern-day Pakistani city, in this case the fictional Zamana, in which sectarian violence is astonishingly, and disturbingly, normalised. When Lily, Helen’s father, is discovered to be having an affair with his neighbour, the widowed daughter of a Muslim cleric, the violence that breaks out in the neighbourhood leaves many dead. From here on, our characters are on the run. Lily disappearing into the bowels of the city, and Nargis, Helen and Imran, Tempest-like, fleeing to an island on the outskirts of the city. Here, she and Massud had built a mosque intended through its architectural detail to heal the rifts between different branches of Islam. The original plan was that a Hindu temple and a church would be erected beside it, but that lay abandoned after a murder was committed inside the mosque. But here the trio retreat, spending their days mending page after page of That They Might Know Each Other with golden thread. If the symbolism feels heavy, that’s because it is. And this is what lends The Golden Legend an ill-wrought earnestness it could happily do without.

In the section on Kashmir, for example, Imran and his brother, find a snake in an orchard that had ‘mistaken its tail for a separate creature and bitten into it, and begun to swallow. The circle was smaller with each passing minute, twitching tighter…’

Yet Aslam, as always, skilfully forges together moments of beauty, moments of pain.

A co-mingling that ensues not just in event, or place, but also language, bringing forth pockets of quietude and hope. And this is what carries us through a novel laden with cruelty and death—the wind chimes Imran fashions on the island, the glass museum where Lily finds shelter, the image, at the end, of a book, whole and mended.