Love is a moral trauma in KR Meera’s new novel 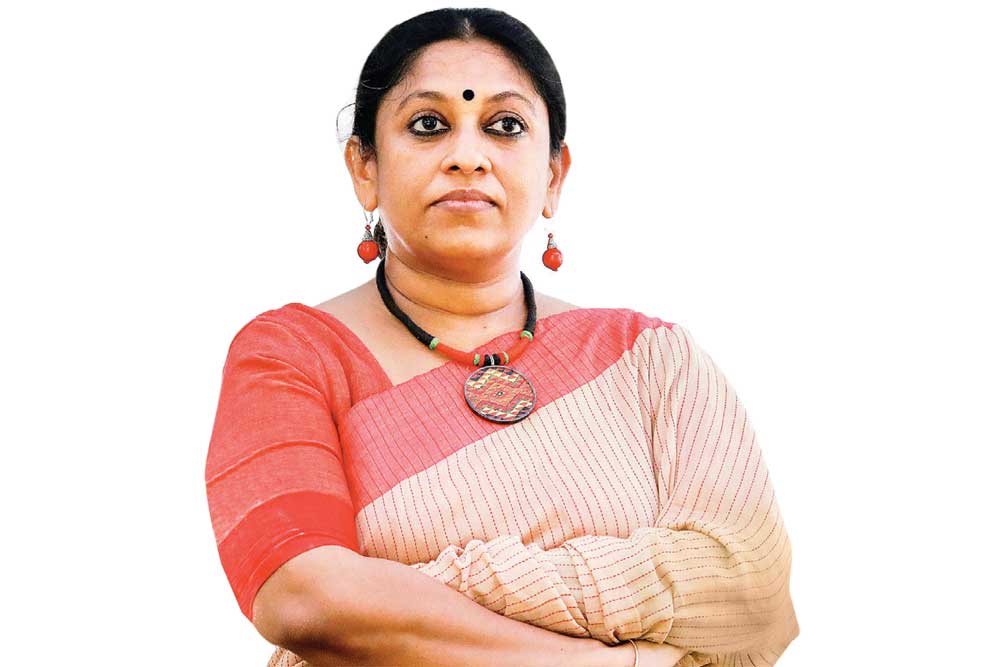 KR MEERA’S The Unseeing Idol of Light is a dark novel. Every character’s life is marred by seemingly unending darkness, especially in love and marriage. Prakash lost his sight soon after he married eight-month pregnant Deepti, which was just around the time she disappeared. They were travelling by train, when her berth was found empty in the middle of the night—no sign of her bags or bedsheet, nothing.

Without Deepti, Prakash’s ‘life ha[s] become devoid of meaning’. For the last 10 years, he has been searching for her. His friend Shyam has been helping him. Shyam was to be married two days after Deepti’s disappearance but the wedding was called off because Shyam insisted on helping search for Deepti. Since then, Shyam has dedicated much of his life to helping Prakash locate her.

When the two men hear of a woman who matches Deepti’s description at a missionary institution, they go to see her. Although this woman is bedraggled and frail, Shyam is convinced she is Deepti. Prakash, however, even though he cannot see, insists this woman isn’t his wife. Eventually, Shyam and Deepti’s father insist that the sightless Prakash is mistaken and they bring the woman home.

In the meanwhile, Prakash is wrestling with feelings for Rajani, a longtime lover who has also been helping him search for Deepti. Rajani met Prakash through his work at the library, and has also adopted a blind boy whom Prakash is fond of. For many years, Prakash has refused to marry Rajani, claiming that Deepti is the only woman for him. Now, after Deepti is home, he decides he wants to marry Rajani. This causes a heated dispute between Shyam and Prakash as Shyam disapproves of his friend’s flighty desires.

Soon after, however, Shyam discovers that Prakash had indeed been right—the woman they brought home isn’t Deepti. But they choose not to send the mentally unsteady woman back, and she remains in Prakash’s house, though her relationship with the family remains tenuous. The relationship between Rajani and Prakash also strains and she ultimately marries someone else, though without any affection for him. A complicated web of marital and romantic relationships unspools and frays, with Deepti—or at least the enigma of her—at its centre.

Each character in the novel—including Shyam, and Prakash’s aunt and mother—we learn, has experienced a dark marital life, with adultery and discontent and several attempts at suicide by different people. Prakash’s father committed suicide many years ago for reasons that Prakash has been continually trying to unearth—a buried romance emerges as one of the complications. Prakash’s aunt was abandoned decades ago by her husband for a much younger woman and she must reconcile with her unhealthy marriage when her husband returns without announcement. Shyam, too, after nearly losing everything— including his life—is suddenly reunited with an estranged love. Prakash is left to make sense of this cyclical devolution of the relationships around him. The layers are many and mired in metaphor. All these relationships echo Deepti, whether they are directly affected by her disappearance or simply mimic the patterns of secrecy and violence of her story.

In these various strands of darkness, indeed of the characters’ blindnesses, we see lost people attempting to find light, not necessarily in the form of hope but more as reconciliation with their predicaments and choices. But this overarching theme, for the most part, reads as contrived. There are just too many different tales that take too long to unwind, ultimately to labour a similar philosophical point about seeing from within darkness. While the novel attempts a complex tale of love, morality and female agency, it offers an overwrought narrative that begs more subtlety. Because the book is translated from the Malayalam perhaps some of uneasiness in the prose arises from the change of language—many sentences do read heavier than they should.

Still, it is hard to get past the often over-embellished imagery and metaphor that resides in the original. Both the story and the language are too melodramatic for a story that wants to speak of simple people.