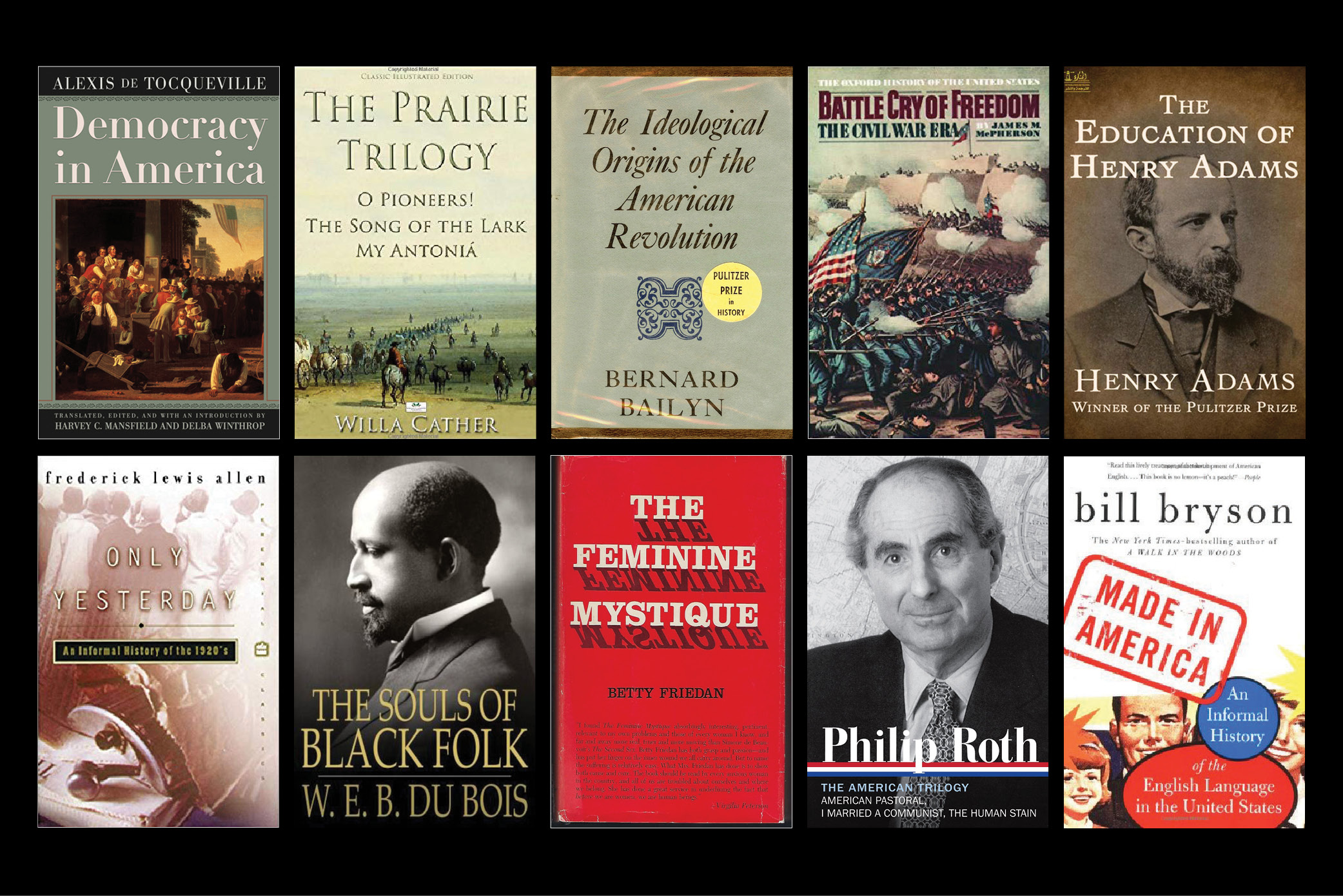 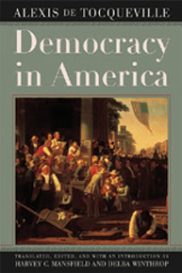 Frenchman Alexis de Tocqueville hadn’t intended to write about American democracy when he set foot in America in 1831. But the four-volume work turned into one of the most celebrated books of the 19th century with its study of American individualism, society and politics. Written in elegant prose, this complex narrative was an eye-opener for Europe on the new republic. De Tocqueville’s observations have been found to be insightful even on matters like press freedom, the power of civil society and so on. Democracy in America is, above all, a hymn to the new nation, one de Tocqueville was convinced held significance for the future of his own continent. 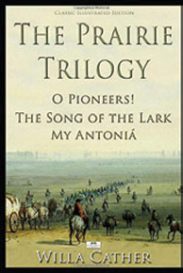 America cannot be understood without the frontier, its westward advance. Life on the frontier was hard and the bravery (and the violence that destroyed Native American life) of ordinary men and women was a building block of America. Cather produced one of the most important works of American literature in My Ántonia, a story of the endurance and courage of pioneers on the plains while O Pioneers! is about a young frontier girl burdened with responsibility after her father’s death. Despite scholarly histories of the frontier, there’s hardly a more poignant portrait of frontier life.

BERNARD BAILYN | THE IDEOLOGICAL ORIGINS OF THE AMERICAN REVOLUTION (1967) 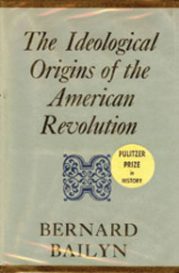 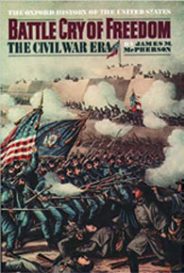 The Civil War almost ended the ‘United’ States. Both the run-up to the Civil War, with its debate on slavery, and the aftermath of Reconstruction in the South are phases in American history whose impact on socio-political reorganisation, economic and demographic changes made the US a country reborn. James McPherson’s Pulitzer-winner is the sixth volume of the Oxford History of the United States and one of many top-rate histories of the war. But its importance lies in its scope—covering an entire era (beginning with the Mexican War of 1846-48) and not just the Civil War. 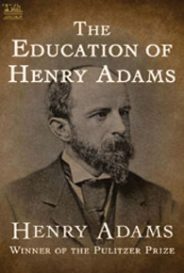 A descendant of two Presidents and born into a Boston Brahmin family, Henry Adams was a historian whose autobiography is a socio-political, intellectual and even technological history of the US over a half-century. It is a compendium of the changes in Adams’ own lifetime, filtered through his own intellect which in turn becomes his organising theme when he contends that the education, as offered in 19th century America, was inadequate to help a person comprehend the speed and quality of the changes occurring around him. Adams’ autobiography is also an intellectual bridge between the 19th and 20th centuries.

FREDERICK LEWIS ALLEN | ONLY YESTERDAY: AN INFORMAL HISTORY OF THE NINETEEN TWENTIES (1931) 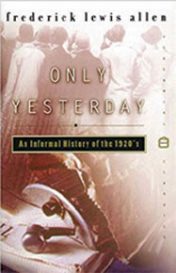 Frederick Lewis Allen’s Only Yesterday, published soon after the Wall Street Crash of 1929 was an ‘instant classic’ and remains a definitive account of the Jazz Age although its timeline ends just as the Great Depression began. The book offers a penetrating insight into how the ‘Roaring 20s’ unleashed rapid socio-cultural changes in America. It is also an economic history that looks at the post-World War I depression and how the US quickly recovered from it. This chronicle of American life explains the world of The Great Gatsby and is a lament on the glitz and glamour that were quickly gone. 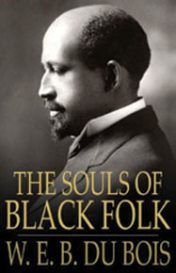 WEB Du Bois was many things. As a historian, sociologist and civil rights activist, his influence on African-American intellectual and literary history was decisive. The Souls of Black Folk, a collection of essays, has at its centre not only Du Bois’ own life in African-American society but also a wider history. A key phrase bequeathed by the work is ‘double consciousness’, with regard to Black self-image and social image. Du Bois, breaking with the post-Civil War African-American literary tradition, looked back at the South from where African-Americans were migrating North. Along with A Testament of Hope: The Essential Writings and Speeches (1986) of Martin Luther King Jr, the book is essential reading for understanding race in America. 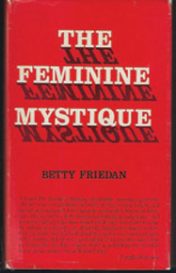 Betty Friedan’s book began the Second Wave of Feminism in the US and was perhaps the most significant work on women in society since Susan B Anthony’s speech on women’s suffrage in 1873 that had ultimately led to the Nineteenth Amendment to the US constitution in 1920. Friedan, surveying her former classmates and suburban housewives, found them unhappy with the roles thrust upon them by 1950s America. The book was a bestseller and a socio-psychological tour de force that destroyed assumptions about marriage, housework and the sexual circumscription of women’s lives. America, like much of the West, was not the same afterwards. 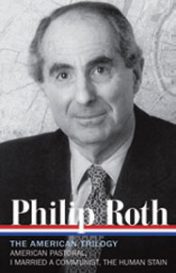 Philip Roth’s ‘late blast’, as Salman Rushdie called it, is a set of three novels, each set in a specific decade and critical for grasping the defining events of that decade through the impact on individual lives. American Pastoral deals with the turmoil of the 1960s; I Married a Communist with McCarthyism in the 1950s; and The Human Stain with the constricting political correctness that emerged in the 1990s. The Plot Against America (2004) may be added to the trilogy, although it is an alternative history of the 1940s when Charles Lindbergh becomes president and anti-Semitism becomes normal in America.

BILL BRYSON | MADE IN AMERICA: AN INFORMAL HISTORY OF THE ENGLISH LANGUAGE IN THE UNITED STATES (1994) 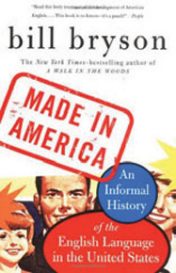 The evolution of the English language in the US is a fascinating story—and Bill Bryson’s book is one of the best places to start. Bryson, also the author of Mother Tongue: English and How It Got That Way (1990), offers a portrait of the remaking of the English language in the US, showing how social and economic pursuits shaped the changes to the language and how words from everyday life, but peculiar to America, created a new lexicon that also reflected the character of the country.