Aligned but not Allied 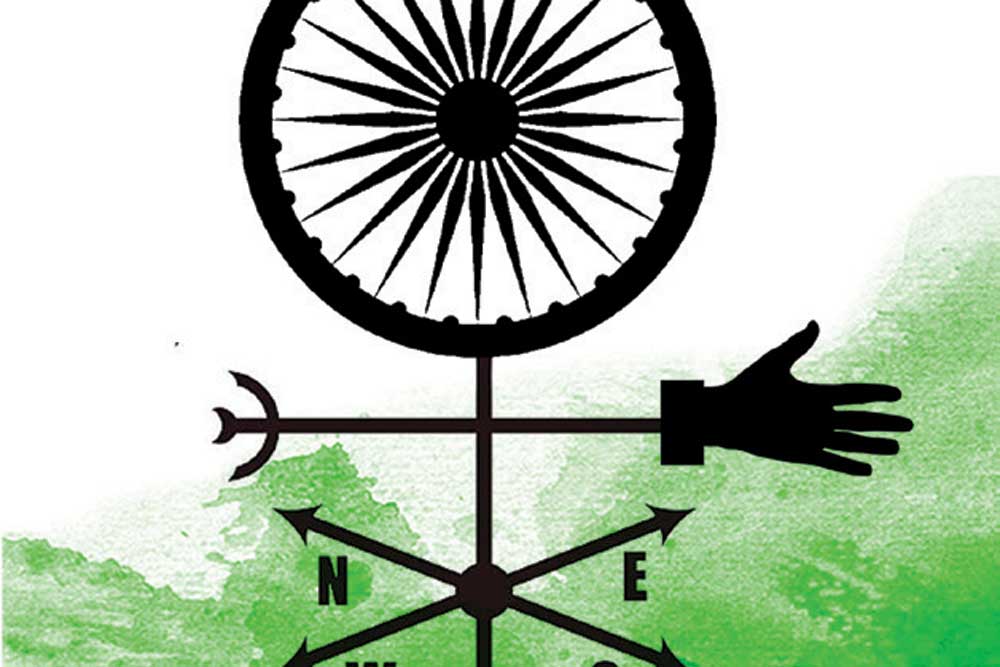 SOMETIME IN 1994, PV Narasimha Rao and Bill Clinton met for lunch during the Prime Minister’s visit to the United States. The Soviet Union had dissolved some years earlier and India was without a powerful friend in the international arena. The pragmatic Rao had quietly begun the process of rebuilding relations with the US. But a history of frost, created by decades of mistrust, could not be overcome at a single lunch. The “only subject of strategic significance discussed was a dispute over almond trade”, as Frank Wisner, a former US ambassador to India, recounts.

Nearly a quarter century later, the two countries have left almonds alone: there are bigger and better things to pursue. Since then, the US has become a major supplier of quality military hardware to India. Politically, the two countries have shed baggage from the past and irksome issues like nuclear non-proliferation are now a distant memory. The fashionable phrase to describe this is that the two have overcome ‘the hesitations of history’.

Yet, as Alyssa Ayres notes in her new book, Our Time Has Come: How India is Making its Place in the World, much remains to be done. If anything, the two countries squabble and bicker as before. India goes along with the US at the UN just one-third of the time on ‘important votes’, the same voting ratio as China’s and that of Uzbekistan, ‘a dictatorship that has boiled dissidents alive.’ Somewhere between the rhetoric of friendship—reiterated at every high- level bilateral meeting—and day-to-day realities, matters turn South. From trade disputes to tactical differences on a large list of topics, there are no signs of convergence.

Ayres, a former US deputy assistant secretary of state for South Asia, covers the territory on this theme very well: from India’s well-known caution to the divided attention of its leaders. This is familiar ground. Analytically, the topic is muddy and needs clarifying. This book charts how India’s perspective on the world has changed in the last 25 years. From a ‘moralist’ tone of its foreign policy—which exasperated US leaders and diplomats during the Cold War— India is now viewed as pragmatic. This change has not been easy and it will be far-fetched to describe Indian caution as a form of realism: even after decades of stultifying socialism—when eschewing bloc politics made sense—influential intellectual opinion continues to clamour for ‘Non-Alignment 2.0.’ Leaching out socialist ideas will take some time.

If one discounts this ideological detritus, there does remain a core of realist concerns that prevents a tighter embrace of the US. For the lack of a better expression, one can call this India’s ‘Eurasian tangle’. Can New Delhi afford to antagonise both China and Russia even as it gets closer to the US? Even Pakistan, at the height of its closeness with the US—from the time of Ayub Khan down to its Zia ul-Haq era—had one major Eurasian power as a friend: China. Over and above its historical habits of caution, this may be one reason why India is careful in dealing with the US. This may or may not explain some matters that Ayres finds baffling, but does give them salience. For example, India’s siding with Russia after the latter invaded Crimea—something strikingly against ‘the priority New Delhi usually attaches to territorial sovereignty matters, especially considering its own concerns about Pakistan’s claims to Kashmir, and China’s claims to parts of Arunachal Pradesh…’ The book has other examples that underscore this point.

What is striking, however, is how far US diplomats and commentators have come in understanding India’s line of reasoning and its broader ‘culture’ of looking at these matters. Ayres, for example, writes that, ‘India’s transition… still contains a core belief that formal alliances threaten national independence. While many countries see alliance relationships (with the United States or others) as a beneficial security umbrella… in India the idea spurs anxieties about servitude and subordination. That is India’s choice, of course, so looking ahead, the United States will need to adjust its sights on what a partnership with India should entail in order to manage expectations appropriately.’ She adds that the US will benefit from closer relations with India even if the relationship does not resemble a traditional alliance.

India could do with more such understanding friends in the US.