The Indian self is a work in progress 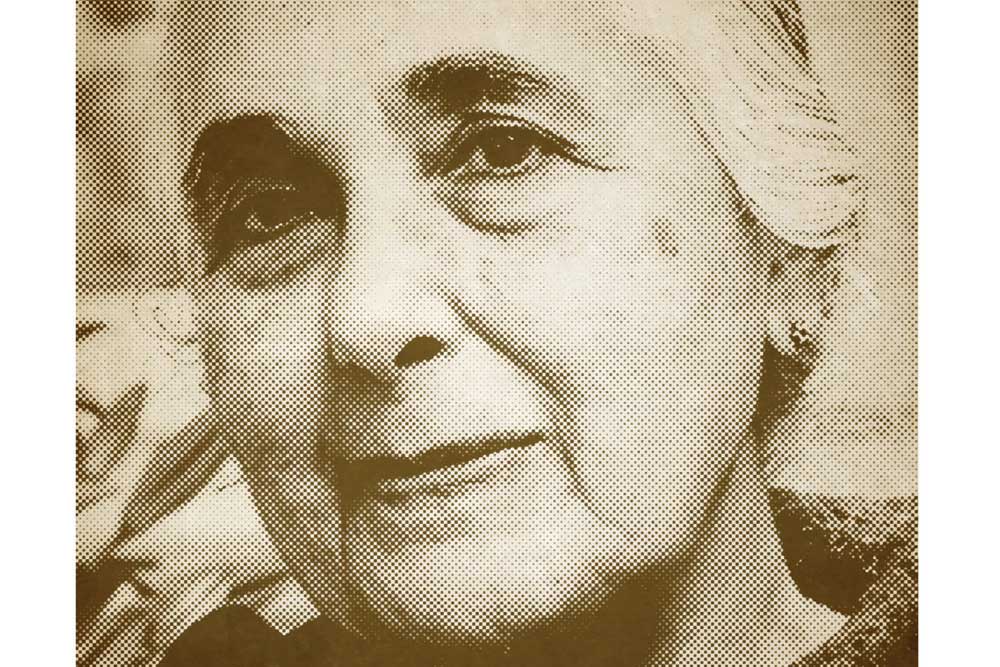 AT 86, ROMILA Thapar is one of our most magisterial historians, and each collection of essays that she has published in recent years bears witness both to the depth of her engagement with ancient and medieval India, and the intensity of her preoccupation with our troubled present. The plurals in the title of her latest collection of essays offer a significant and salutary clue to her capacious understanding of ‘what happened in history’, to invoke Gordon Childe’s memorable phrase. As against those who would impose a singular and homogenised culture—often paraded as a shared ‘national culture’— Thapar reminds us that India is composed of many cultures, variegated and linked to region, caste, ethnicity, religious tradition, level of technology, shifting norms and customs, and numerous other factors. And as against those who would force us to subscribe to a singular narrative of the past—told from the viewpoint of a contemporary religiosity that is read back onto previous millennia, and used to erase the kaleidoscopic complexity of cultural confluence, migration, syncretic forms of belief, and the vigorously experimental life of the contact zones between cultures— Thapar asserts that we are, in fact, the inheritors of multiple pasts, both the accomplishments and the disquietudes that these pasts have generated.

Our habit of thinking of culture in the singular and attaching it to a society or nation, she points out, is rooted in a patrician and ultimately imperialist form of thinking about ‘civilisations’ as unitary and unique models of collective living, in which philosophical and material conceptions of value are defined by elite groups and disseminated through the rest of society. Through such a civilisational optic, we view an entire society or nation through the ideology, self-interest, and world-view of its dominant groups, which come to define our understanding of that society or nation. Thus, for instance, the ‘American way of life’ has often reflected an unexamined White ascendancy that has little space for the perspectives of people of colour; and thus, also, the vision of ‘Indian culture’ that is currently in the ascendant, which is premised on an upper-caste Hindu world-view and will not accommodate the perceptions and aspirations of Dalits and religious minorities.

Indeed, if we turn back to the four components on which such a notion of civilisation was based—the homogeneities of ‘territory, language, religion and the classical’ in Thapar’s formulation— all four break down. The further back we look in history, the more we see that frontier zones rather than centres were the leading edge of cultural vibrancy; that the civilisations of the past were polyglot, multi-religious; that the classical is only a name we give to the hybridity we have forgotten. Tradition is what we would like it to be, to legitimise our present choices; the past is shaped by the exigencies of the present.

The seven essays brought together to form Indian Cultures as Heritage: Contemporary Pasts engage critically with a range of subjects, including the concepts of time, infinity and tradition in ancient India; the cultural history of science and technology in India; the negotiations of women questors with religious traditions and social sanction; and the origins and mutations of the caste order. The animating and propulsive energy of this volume comes from Thapar’s concern with the tension between culture as a pluralising repertoire of diversity, on the one hand, and a singularising contemporary politics of identity and self-assertion, on the other.

Thapar reminds us India is composed of many cultures, variegated and linked to religion, caste, ethnicity, religious tradition, shifting customs, and other factors

The condition in which this tension plays out was characterised by the sociologist and philosopher Zygmunt Bauman as ‘liquid modernity’, with the processes of globalisation dissolving borders, interrelating economies through planet-wide mobility and access to ideas and goods in an epoch of accelerated consumerism. Two responses are possible in such a scenario. Either one might embrace such a condition and courageously refine its cosmopolitan potential; or one might yield to insecurity and defensiveness, and entrench oneself in what Bauman called a ‘neo-tribalism’. It is this latter choice that instrumentalises culture into a ground of identity, designed to set boundaries to what is ‘authentic’ and what is ‘alien’, to privilege ‘insiders’ and stigmatise ‘outsiders’, and to project ‘society’ and ‘nation’ as aggressive, exclusionary constructs.

By contrast, Thapar explores the possibility— not simply as an academic exercise but as an ethical commitment—of approaching culture in a spirit of critical yet empathetic inquiry, in all its multiple dimensions and with all the challenges and dilemmas that it throws at us, as our true heritage. She invites us, accordingly, to unself ourselves, to step out of our naturalised social positions and consider the locations of other participants in this drama of culture, identity and heritage. ‘Multiple communities make up the body that we now call Indian citizens. Some identities come from having been imprinted by elite society, others go back a long way and are distinctively different from those of the elite,’ she writes. ‘The latter see their heritage as demarcated from that of the others, having its own history of origins. Do we include all these in what is labelled as Indian heritage today, or do we prefer to set them aside?’

This passage serves as a prelude to a brilliant, associative arc of argument, in which Thapar dwells on the pan-Indian prevalence of the horseman cult, and demonstrates how, although the horse is celebrated in elite Sanskrit texts, its iconography is more widely associated with rural low-status groups. The roadside hero-stone tells us a different story from the account of the Ashwamedha. Transiting from iconography to the theatre of political struggle, Thapar reflects on the recent agitation of the Dongria Kondh community to defend its sacred and environmental heritage in Odisha against the claims of bauxite mining. The Niyamgiri Hill, which they worship, ‘hosts sacred groves of sal trees and has some of the finest pristine forests in India’ and ‘is a fine example of biodiversity’. Pointing out that the media reaction to the crisis of the Dongria Kondh community has been desultory, Thapar asks whether the same lack of interest would have met the attempt of a corporation to mine bauxite from ‘beneath a temple or a masjid or a gurudwara’. In disdaining the legitimate claims of Adivasi communities, Thapar observes that we work from time-honoured elite prejudices against the forest people, evident in Kautilya’s suspicion of the forest-dwellers, the otherwise magnanimous Ashoka’s strictures against them, and Banabhatta’s characterisation of them as ‘primitive and alien’.

Indeed, some of the most urgent and extraordinary arguments advanced in this book have to do with the forms of discrimination that have been hard- wired into elite notions of Indian culture. Thapar traces these to the key conflicts of the first and second millennia CE, those between the Brahmanas and the Sramanas (the Ajivika, Jaina and Buddhist lineages), and between the Arya and the Mleccha. From the elaboration of these—I summarise Thapar’s nuanced account crudely—emerged idioms of genetic purity and ritual pollution, inclusion and exclusion, social and spatial distancing, and, eventually, a logic by which to legitimise the derogation of the excluded as subhuman. Tragically, these idioms continue and have even assumed perverse new avatars in the age of print and digital communication and in defiance of progressive policy-making.

‘Questioning exclusions and identities will explain how and why they came about, their contribution to the making of what we call our civilisation and our ethical values,’ writes Thapar. ‘It might also lead us to effectively annul that part of our heritage that denies social justice and is ethically unacceptable.’ In reading Thapar, we are reminded of how schismatic the contemporary Indian self, how plural, a work in progress, to be crafted through critical vigilance and productive debate. By contrast, a triumphalist cultural selfhood that represses its contradictions would wish away not only the differences within itself, but also the bearers of difference outside itself. That is the road to annihilation against which Thapar cautions us.