The Myths and Reality About Nipah Virus

The fear of the bat 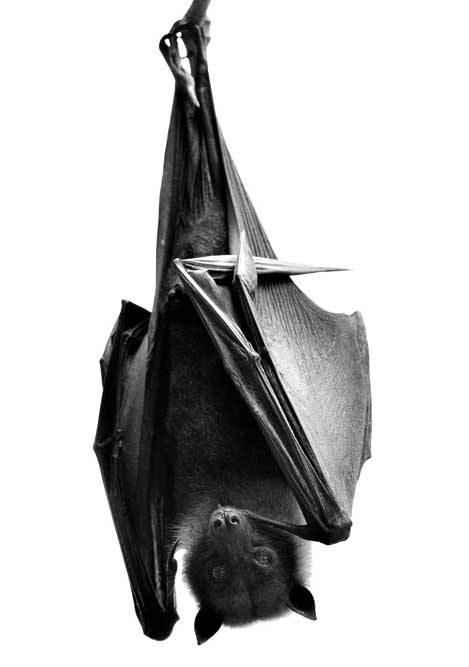 BATS LIVE EVERYWHERE, and, in addition to Nipah, they carry more viruses than we know. They have carried them around for the last 52.5 million years. And yet, we didn’t know of Nipah Virus till 1998, when it caused a human illness.

Why, after millennia of quiescence, did this virus suddenly emerge as a fatal illness?

Since 1998, Nipah Fever has appeared at least 12 times in Bangladesh and several times in West Bengal before this outbreak in Kerala. During this time, the disease has changed profile: it has grown more dangerous. In 2015, WHO listed it among the seven pathogens prioritised for research, because of its high potential to precipitate an emergency. Which just means that Nipah Virus—which has drawn attention to Pteropus giganticus, the Indian fruit-bat—could get worse.

Nipah Virus [NiV] is a paramyxovirus. This unwieldy group includes old enemies like mumps and measles virus, respiratory syncytial and parainfluenza viruses, and others like rinderpest and canine distemper virus better known to veterinarians.

Paramyxoviruses have been around a very long time—which explains their early détente with a very wide range of hosts. Mammals, reptiles, fish, birds and insects are all reservoir hosts for paramyxoviruses.

These are RNA viruses. They live on the edge of chaos, and mutate rapidly. Many of them are antigenically stable—attacks of measles and mumps confer life-long immunity.

Nipah Virus’ kissing cousin is the Hendra Virus [HeV], first isolated in the Queensland suburb of that name in September 1994. Because of their similarities and cross-reactivity, Hendra and Nipah are together called Henipa viruses. They have a proclivity for respiratory epithelium and are highly fatal. There have been more studies on HeV than on NiV in bats, and the parallels are justifiable.

WHAT MAKES THE bat hospitable to so many viruses? (Lethal filoviruses Ebola and Marburg, and the menacing coronavirus that produces SARS-CoV are also on its guest list.) Bats host many more zoonotic viruses than their closest competitors, rodents.

To qualify as a natural reservoir for a virus, an animal should harbour high virus diversity, live in large gregarious groups, travel widely, and live long enough for adequate dispersal. (This last requirement is defeated if the virus makes the animal sick enough to die.)

Bats offer all household conveniences for viruses to replicate, diversify, and disperse widely across many host species. Bats are social creatures and aggregate in large groups. Caste and creed are no bar as many species roost together. So there is active viral exchange, and with each exchange, viral diversification allows novel forms to emerge.

With all their lethal burden, bats remain blithe on the wing when killer diseases explode in human populations. The reason may lie in the ancestral pact between bats and viruses. Bats may even process viral infections differently from other mammals. What sets them apart from other mammals, anyway?

They have developed biochemical pathways to meet the demands of sustained flight. The genes that tailored these changes have also altered the bat’s natural immunity—and its longevity.

FOR THE VIRUS, the bat is Woodstock on the wing: wild sex on board, whistle- stops for hook-ups with new species, far-out holiday destinations, and all this practically forever as bats live longer than most mammals their size.

What is the pay-off?

We do not know, and we need to consider viruses from the bat’s point of view.

How has this ancient détente between bats and viruses worked for us humans?

THE NIPAH STORY began on a pig farm in Malaysia. Before reports of human illness raised an alarm in September 1998, the disease had already been rife among pigs for several years on the index farm in the state of Perak. The first human case appeared in January 1997, followed by 5 more within a year.

In this window of time, farming had intensified. Mango trees were planted close to pigsties. Eager bats feasted on the fruit and urinated and defecated on the pigsties. Half eaten fruit, drenched in bat saliva, littered the grass.

Pigs had been segregated by age. The younger, immunological naïve pigs were more susceptible than their elders. When it was time for these little pigs to go to market, Nipah Virus went with them to Negeri Sembilan, Selangor, Penang, Malacca and Johore.

Pig farming is economically important in Malaysia. The pig population before the outbreak was 2.4 million.

All over Malaysia, pigs developed a new illness. A loud cough earned them the label ‘barking pigs’. The ‘one mile cough’ was harsh enough to be heard at that distance. In very young pigs, the illness was respiratory. Older sows and boars had neurological disease. Suckling pigs, the worst affected, had both. The illness in pigs was followed by human disease: fever and headache leading on to convulsions and coma.

Between September 1998 and April 1999, there were 246 cases of encephalitis, mainly among pig handlers and abattoir workers. Most cases occurred on farms within flying range of bat roosts.

In this first phase of human infection, the bats, with high circulating levels of Nipah Virus, shed the virus generously in their urine, saliva, faeces.

Once pigs contracted the virus, they fell ill and then shed the virus in their secretions to infect their handlers.

This story is straightforward—but with one unsolved question. Do bats shed viruses all the time, and in quantities enough to infect a new host? Or, is this episodic, driven by a special set of circumstances?

There was no human-to-human transmission in this outbreak. All the people who fell ill were infected by sick or dead pigs.

The pig obviously was an amplifying host. The solution was equally obvious: a porcine massacre. Nearly a million pigs were slaughtered across Malaysia, and the outbreak was contained.

Nipah Virus emerged in Malaysia because an abrupt change in land use offered fruit bats an irresistible source of food within their flying range. This gourmandising tipped the balance toward disinhibited viral shedding near a very susceptible amplifying host.

But there is a footnote. Prior to the outbreak, the ENSO event of 1997-98 caused a drought. The agricultural fallout was slash- and-burn deforestation. One can only guess at the size of the displaced sylvan population of bats. Also, continual forest fires sustained a hot haze. Did this drive Nipah Virus to emerge? The answer depends on how bats respond immunologically to stress. Does it tip the balance to cause a spillover into a different species? And that vulnerable species is… us.

THREE YEARS LATER, the outbreak in Bangladesh and Siliguri was an entirely different story. There was no pig in this scenario.

Toddy is a popular beverage in rural Bengal. Bats, too, are toddy connoisseurs. The earthen pot tied to the palm tree trunk is a welcome sight to man and bat alike.

But the situation is far from convivial, thanks to the bat’s dodgy table etiquette. Having fed to the full on the sap from the pot, it urinates in it.

Topped up with fresh sap, the pot ferments its contents in the growing warmth of day. By the time villagers turn up for a sundowner, the pot contains toddy—laced with bat saliva, urine and perhaps faeces as well. An ordinary matter for the toddy seller—he simply strains out any particulate matter. But his unsuspecting customer imbibes a wallop of bat secretions as well.

Can Nipah Virus survive in toddy?

It survives in bat urine for seven days at room temperature, and at least for one day in contaminated palm sap.

It takes a stiffer drink than toddy to kill NiV: toddy has only 6-7 per cent alcohol. Without doubt, contaminated toddy packs a hefty whack of NiV.

How does Nipah Virus enter the human body?

Henipa viruses are transmitted through droplet inhalation, through the lining of the mouth and nasal passages. Body secretions of infected patients who actively shed virus infect people in close contact with them, usually care-givers either at home or hospital.

In the first outbreak in Siliguri in 2001, 67 people died before basic barrier nursing could be enforced. The unidentified index patient in one hospital infected 11 people, and two of these went on to infect an additional 33. At another hospital, where the illness lasted two weeks, two generations of transmission occurred. Even more remarkable was the outbreak in Faridpur, Bangladesh, where the chain of transmission was traced through five generations and involved 34 people.

The source of emergence of the Bangladeshi and Bengali outbreaks is murky. The clinical pictures of the Malaysian and subcontinental outbreaks are different. In India and Bangladesh, the respiratory illness is more severe. These outbreaks had no intermediate host. Human-to-human transmission was rapid, from salivary contamination and droplet infection. The fatality rate was higher too.

Are we dealing with a different strain of Nipah Virus? A more virulent form?

AT PRESENT, containment through barrier nursing and supportive treatment is all that is possible. Until newer therapies are discovered, our best strategy is to prevent outbreaks. To achieve that, we must look closely at the NiV neighbourhood.

The habitat of fruit bats is threatened by deforestation and urbanisation. This places new burdens on the bat. It must find new roosts, new food sources.

The very human reaction of dread will only exacerbate the problem. We will clear out bat roosts and cut down more trees.

Identifying the bat as an enemy will only increase the dangers of more emergent diseases. As the host population is thinned, stress will alter the state of the enzootic reservoir and precipitate spillovers.

The bat has owned the planet longer than we have. It is wiser in its dealings with viruses than we are. Instead of hunting it to extinction, why not learn from it?

(Ishrat Syed and Kalpana Swaminathan are surgeons who write together as Kalpish Ratna. They published The Secret Life of Zika Virus last year)

Nipah: A State of Virus