India at 70 is feeling what it means to be free 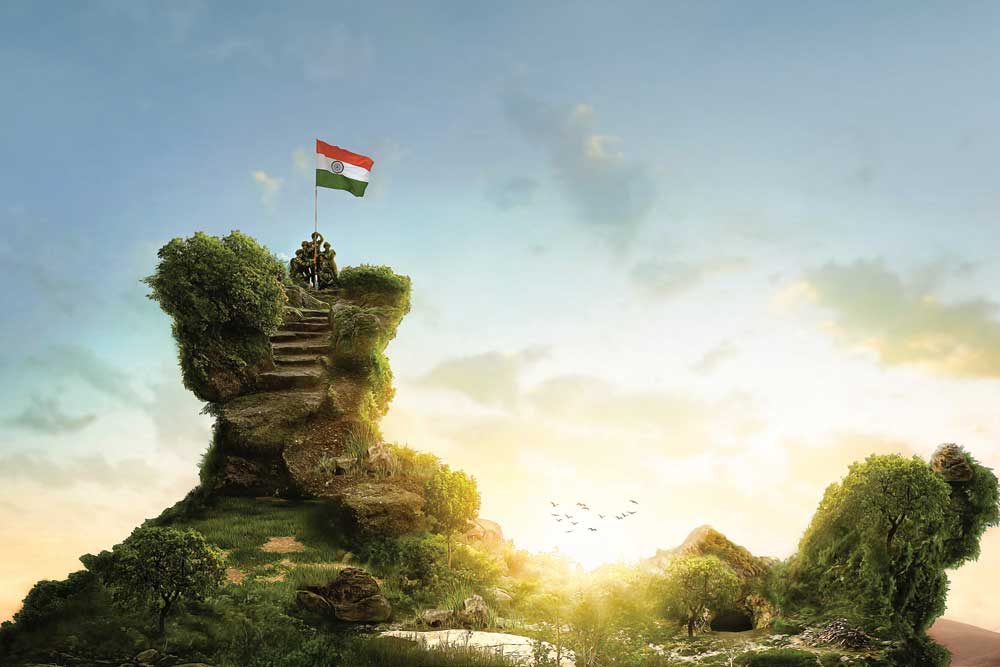 When nations celebrate their birthdays, the moment is marked by simulations and resolutions that make the past a struggle, the present an opportunity and the future a fable. It’s when the possibilities of memory become a political project, and national sentimentalism pervades the freedom text. India at 70 is one of democracy’s morality tales populated by every mutation of the political beast, coloured by all imaginable variations of salvation theologies, and we can retell it only with a long sigh. The story has reached a point of rupture. The narrator and the structure have changed.

Suddenly, the nation is upon us. For so long, the politics of tentativeness and the pretences of varying isms had made it a necessary inhibition. In the early decades of free India, the grand endeavour of nation-building was socialism without the horror of a commissar, but it was very Soviet—in its prosaicness, in its size, and in its rejection of the individual spirit. It could be argued that the state, all knowing and intrusive, was an inevitable arbiter in the beginning. Its wisdom mattered more than the attitudes and aspirations of the individual. It was then such a place that Gandhi had already become not an inspiration, but an invocation. And that was the fate of prophets anyway, anywhere.

The nation that Nehru built, doctrinaire but robust, was more ambitious than most of its contemporaries. Next to an Islamic Pakistan, there could not be— should not be—a Hindu India, and the calamity could only be avoided by a scientifically modified Indian. It was Nehru’s socialist responsibility to create one: the secular new Indian. In his quest for the model citizen, Nehru had to resist the twin temptations of the nation and religion. A submission to the nationalist idyll, he believed, was an abdication of your essential humanity. It was the kind of fanaticism that brought man closer to a sense of nationalist absolutism.

While keeping the nationalist impulses under control, he had to contain the other evil: religion. He was not content with just the separation of the state and the church. He wanted a state in which the citizen was cleansed of religious instincts. The Nehruvian golem was a rejection of man’s natural intimacies as a social being, shaped by ancestral memories and a million little traditions. In the emerging socialist republic, this creature was meant to be the happiest specimen of freedom, controlled and conditioned by the state. The creature was tutored, by the state of course, to be sceptical of not just gods. Wealth generation was not a good golem’s quality. Leave that too to the state.

Such golems, history tells us, were born out of ideology’s pursuit of the perfect home on this wretched planet. They were destined to disintegrate, because they were artificial. Like the New Man projects of communism in its original homelands, the Nehruvian golem too would fail, and a moment of regeneration would come. It took a long time for India to reach there. In the history of nations, it was a journey few democracies had taken with such stoicism. We played the Third World part to textbook perfection. We championed the post-colonial brotherhood of freedom, and became apologists for quite a few cannibalistic regimes. Even as the legitimacy of freedom struggles was turned into a licence for dictatorship, an abiding Third World legacy, India, the leading light, remained passive, as the upholder of an immoral solidarity. Well, that was the other side of Nehruvian internationalism.

We internalised the worst instincts of the socialist model. What saved us was the absence of its apparatus and a supreme leader. India was the only democracy, in the true sense of the word, in this part of the world. But a super state of a different kind would emerge. Nehru, the original socialist sophisticate, even as he strived for the perfect home for the perfect citizen, set the stage for one of the world’s longest serving dynasties. Nehru’s daughter would become India’s first—and last—mother figure. Indira Gandhi strengthened her father’s socialist legacy, and added emotional content to it. She was the intimate ruler that India indulged; she was the paranoid mother India looked upon in awe. It was her character flaws that contributed to her aura. India still carries the scars of her totalitarian temptations, but the idea of Indira continues to concentrate its mind. What’s unravelling today, though, is not just the family project she had inherited and enhanced. The Establishment, kept intact for so long by ideology and entitlement, is coming to an end.

What’s happening today is the kind of cultural shift the historicity of which tends to get lost in the everyday drama we are riveted to. The ruins are all around us. The family project is beyond redemption, and the prince cannot even comprehend the script that was thrust upon him. It’s not just that the Congress century is behind us; its last desperate remnants are fading out in the absence of a Gandhi’s sheltering shadow. The leftist Establishment, built over decades, even in its last hours, is busy inventing nationalist demons in every corner. A new one is in the making, and the shouters are not necessarily its model members. Beyond the noise and theatre, a reimagined India is gaining confidence. It’s one man’s belief in the uses of power—and in his own life story as a national text of redemption. There’s a severity about his commitment, and the thought of an entire system built on one man’s integrity can be unsettling for some. Conditioned by a culture of entitlement, they have to take his assertion as transgression. Such alarmism is their way of dissent, but in truth, it’s merely their refusal to accept his political existence. Living outside history, they are in denial. India, globally open minded and nationally aware, is fast shedding the last remains of its acquired identities. It’s not travelling back in time to a glorious yesterday; it’s conversing with the future with a greater sense of national confidence. The only discordant note is the shrillness of the vigilante fantasising a unipolar Hindu rashtra. Transformation has to live with the madness of the fringe, always.

Resist the distraction, and we realise that India, at seventy, is feeling what it means to be free. 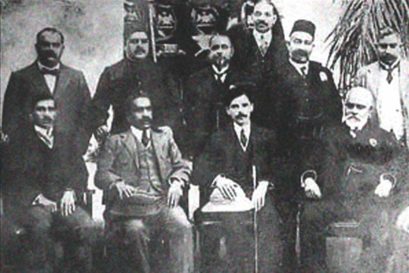 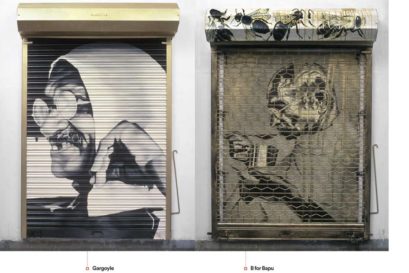 Gandhi on My Canvas

An artist of non-violence 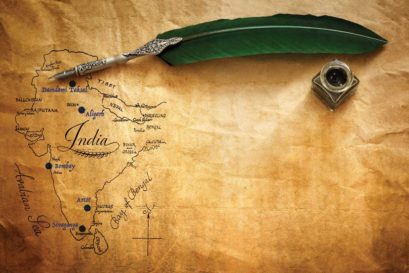 The lesser known sites of pivotal relevance to our national experience