A hard bargain, but good for India 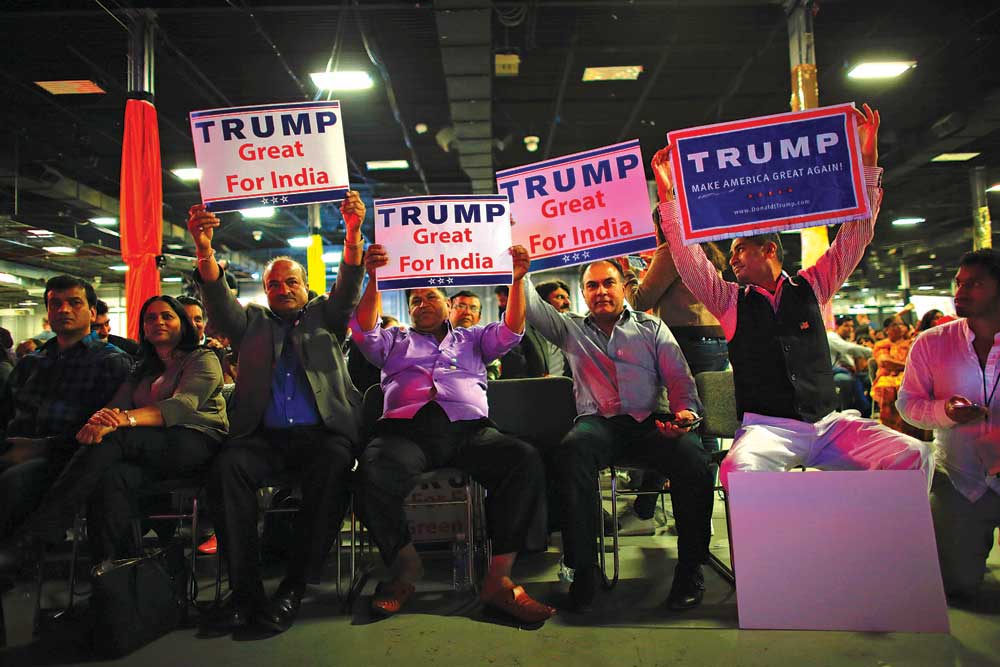 DONALD J TRUMP COCKED a snook at the political system, smashed the competition within his own party, alienated just about every constituency in America, rhetorically trampled on old shibboleths, openly courted President Vladimir Putin and the country’s old Cold War nemesis, Russia, even asking the Kremlin to cyber-dabble to derail Hillary Clinton and the Democratic Party in the general election, waved off the A-listers of his own Republican Party panel of policy experts who had disavowed him, trashed the political play-book, and for his excesses was rewarded by the American voter with the presidency of the United States.

Trump’s ascent must remind Prime Minister Narendra Modi of his own rather dramatic rise as an insurgent upsetting the old order within the ruling BJP headed by Lal Krishna Advani, who wanted to contest the top job one last time, and then comprehensively beating the two-term Manmohan Singh-led Congress Party Government at the hustings.

Modi will, however, find Trump in the White House less socially convivial than Barack Obama but politically more simpatico, especially if the former plays the ‘Muslim card’ and gets the US to dump on Pakistan. Indeed, ‘Hindus’ residing in the US, who arranged for a Bollywood-style event in New Jersey a fortnight back in support of Trump, claim to have contributed ‘millions of dollars’ to the Republican’s election campaign, delivered the PIO vote to Trump in this state as also in Florida, and now hope to cash in by shaping the prospective Trump administration’s approach to South Asia. A member of this group, Dharam Dass, originally from Trinidad & Tobago, called me from New York to say this group would enlist the Trump regime in doing bad things to Pakistan, a possibility some in the RSS and BJP may happily clutch at. Such enthusiasms may get a leg up with the 58-year-old former US Army Lieutenant General Michael Flynn advising Trump.

A paratrooper, Flynn served with the 82nd Airborne Division and was the theatre intelligence chief during ‘Operation Enduring Freedom’ in Afghanistan, 2004-2007, and later partook of ‘Operation Iraqi Freedom’. Retired in 2014 after two years as Pentagon’s head spook—Director, US Defense Intelligence Agency, he was tapped for advice by a number of Republican presidential hopefuls, among them Carly Fiorina, Ted Cruz and Trump, because of his reputation as a hard-charging, no-nonsense, call-a -spade-a- shovel kind of soldier who had run afoul of the Obama administration. They liked his pungent criticism of ‘failed’ Obama policies in West Asia and the Maghreb, his attributing the intervention in Libya following the previous bad experience in Iraq and the nuclear deal with Iran to “zero strategic thinking out of [the Obama] White House” and to “a national security structure that has lost its way when it comes to strategic thinking and strategic decision-making.”

In the event, Flynn ended up joining Trump’s team at a time when better known, more highly regarded defence intellectuals and military professionals shied away from associating with the Republican nominee. Trump’s gratitude may translate into Flynn’s appointment as the next US Secretary of Defense, or National Security Advisor.

Obviously, the containment of extremist Islamist ideology in the Muslim world, including Pakistan, could be a baseline for the Modi Government to egg on the Trump administration

So, what are Flynn’s beliefs that may resonate with the Hindu fringe? In an interview published in the Washington Post on August 15th, 2016, he said that “Islam is an ideology and there’s a religious component to it that’s radicalised and in some cases it masks itself behind that religion, especially in our country, because of freedom of religion.” He went on to say that extremism is in the nature of Islam, asserting that “there’s a diseased component inside the Islamic world, the Muslim world… It’s like a cancer and it has metastasized and grabbed hold in a much bigger way”. “There is,” he added, “a problem in the Islamic ideology” but that this “significant expansion of radical Islamism” was not called out by a politically correct Obama.

Obviously, the containment of extremist Islamist ideology in the Muslim world, including Pakistan, could be a baseline for the Modi Government to egg on the Trump administration. Flynn also echoes Trump’s sentiments about restricting the flow of Muslim immigrants into the US from, among other countries, Pakistan. In any case, Flynn’s clincher is in his extending Trump’s line on NATO states having to pay for the US military presence in Europe to American client states in West Asia and in the US Central Command area (encompassing Pakistan and Afghanistan). Wealthy countries in this region, he said, would have to pay “for the relationship they want to have with the United States, to continue to provide some means of security and stability in the region” or, in lieu of financial compensation, Washington, he stated “can put a different set of demands on these guys. Our conversations have been too polite. Our conversations have been political conversations with political people who try to be politically correct and not with people who can say, ‘Okay, what is it we want to have going forward?’” Such a demand could involve, according to Flynn, the countries having to take verifiable steps to cleanse their societies of the extremist virus.

In this context, the problem for the Modi Government may be this: The Pakistan Army and political circles are past masters at emptying American wallets while ostensibly fighting terrorists. Islamabad has benefitted from similar US programmes of quid pro quo in the ongoing US war against the Taliban in Afghanistan, for instance, that have generally ended up enriching and strengthening the traditional elites in that country. And Messrs Trump and Flynn, consistent with their policy vis-a-vis NATO and West Asia, may demand either that India pay in cash for the US blunting the terrorist threat emanating from Pakistan, or pay in kind by fielding Indian Army units alongside US Special Forces deployed in Afghanistan—not the sort of bargain New Delhi may be looking for.

Russia, far from being a bugaboo for Trump, is a country the US president- elect thinks he can do business with as long as the Kremlin shows the US, in Flynn’s words, proper “respect”. China is another matter. Sino-US relations may be in for a bumpy ride because Trump will feel hard-pressed to deliver on his promise to correct the trade imbalance with China, renegotiate new terms, or shut off Chinese access to the US market, and thereby start a trade war. In either case, India is in a position to exploit the US fears of China, on the one hand, and to force Beijing to deliver on its infrastructure investment promises and actually open up the Chinese market to Indian goods, on the other hand.

The core benefit to India (as argued in my ‘Why Trump is Good for India’, Open, July 29th, 2016) could be that it will cure the Indian Government of perceiving the US as the foreign policy crutch of choice in the new millennium. For too long, New Delhi has banked on outside powers to protect and advance its interests. India will have to learn to rely on itself and its own resources as Trump presides over an America that cannot any more afford its own primacy. 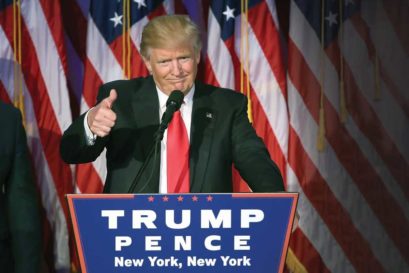 Trump and the American Dream 2016 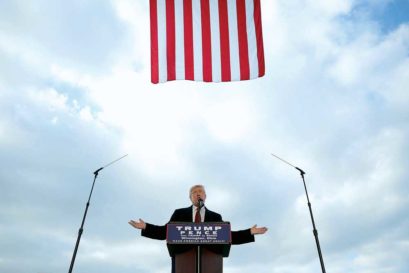 Into the Unknown With Trump 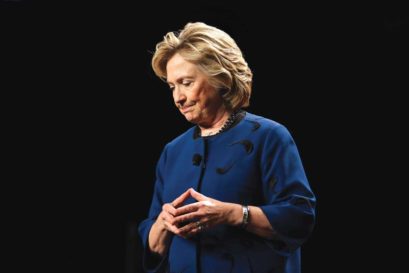 Why Do They Hate Hillary?

The failures and fall of Hillary Clinton