Regaining a Little Bit of India

The liberation of Mosul redeems a piece of history 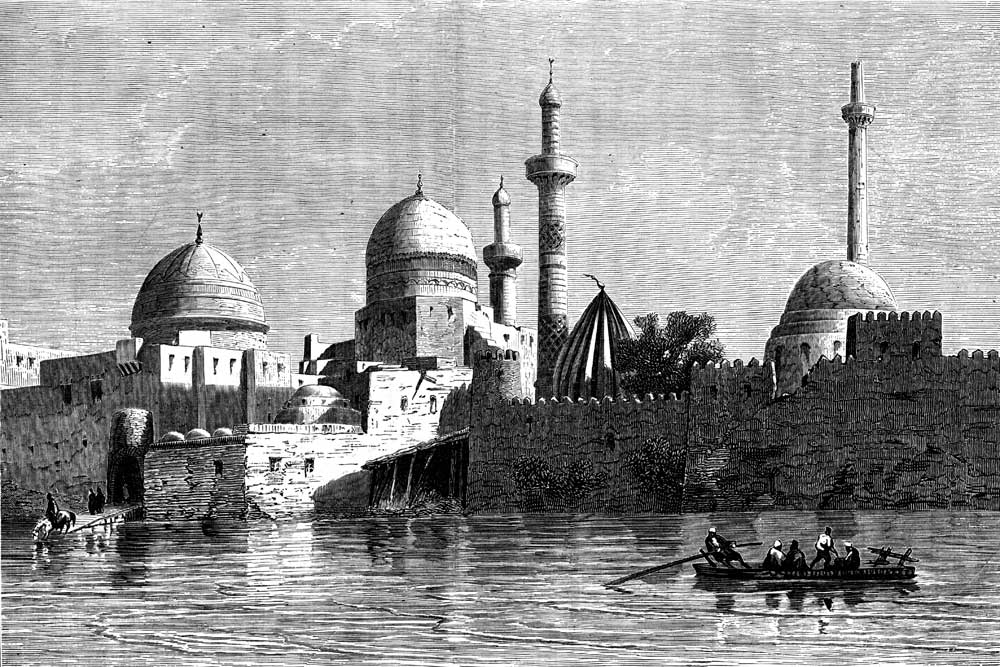 A LITTLE BIT OF India was liberated on the night of July 9th and 10th when the Iraqi Counter-Terrorism Service (CTS) swept aside the last of the Islamic State’s fighters holding out in Mosul. This bit of India lay in the midst of the most important battle being fought in the world, that against the IS, or Daesh, to use its Arabic acronym. It is most important for many reasons, not least of which is that it could well define the world as we know it, and society as we would want it. In the long, gruelling and exceedingly bloody campaign against Daesh, victory in Mosul is a game changer. This is where the group’s brief and blood-thirsty Caliphate was announced in 2014, and where its end now begins.

The battle ground is as ancient as ever, and running through the city of Mosul is the great River Tigris, fought over many times, for fame, fortune, faith and, of course, water. On the right bank of the river is to be found a small but significant footnote of modern Indian military history. About a kilometre and a half from the city centre, off the road to Aleppo, lies a war cemetery with the graves of Indian soldiers who lost their lives in World War I. Located between Az-Zanjili and Hayy as-Sihhah, and adjoining the civil graveyard, it is under the charge of the Commonwealth War Graves Commission. Of the 191 soldiers interred here, six were positively identified as Indian. They were amongst the thousands of Indians who served and died in the region during the War, most of whom have unmarked resting places. There are other war-time Indian graves across Iraq—in Alwiya, Amara, Baghdad, Basra and Kut. The Siege of Kut is an essential reading in modern military history for its tales of faulty leadership, misery and bravery.

During the War, Mosul was the headquarters of the Turkish Fifth Army, whose defeat Indian troops contributed immensely to. But the city’s symbolism goes back many centuries earlier. It wasn’t for nothing that the mysteriously missing—and some believe late—Abu Bakr Al-Baghdadi declared his version of the Islamic Caliphate from Mosul, and that too from the pulpit of the Great Mosque of al-Nuri. The mosque took its name from the man who had it constructed in 1172 CE, Nur ad-Din Mahmud Zangi, a Turkic commander under Saladin of Tikrit, who had rallied the faithful against the crusaders of the time. Memories of the Crusades still resonate in the region, refreshed by the rhetoric of those raging against the West in the name of God. With its distinctive leaning minaret, colloquially known as al-Hadba, the Great Mosque of al-Nuri bore witness to the gory birth of the IS.

On the bank of the Tigris is a significant footnote of modern Indian military history. About a kilometre and a half from the city centre lies a war cemetery with the graves of Indian soldiers who lost their lives in World War I

Not that this was a new experience for Mosul, which had long seen campaigns of conquest and conversion. It’s where empires have collided all through history. In 331 BCE, Alexander of Macedon fought the Persian King Darius near Mosul. At Nineveh nearby lie the ruins of the Temple of Ishtar, an a goddess of many things. Closer still are the tomb of Jonah (Nabi Yunus) and the shrine of Seth (Nabi Shiyt), both of them also in ruins, destroyed by Daesh. The two were prophets in their own right, their memorials demolished by believers. The IS’s chief believer, Caliph al-Baghdadi ordered their destruction, just as he passed numerous execution orders, and they joined a long list of historical monuments that now lie in rubble, expunged from history as it were by the zealous.

Mosul has seen it all before, but there is a difference this time. The sheer scale of brutality and the weaponry used have caused more destruction than all else. In the three years since he announced his Caliphate, al-Baghdadi wrecked more of Mosul and its surrounding areas than all former rulers or invaders. And when Iraqi Prime Minister Haider al-Abadi announced the city’s liberation, it was the culmination and an air-land campaign that had caused its own rounds of wreckage. At the end of it, the Great Mosque of al-Nuri lay shattered, its leaning minaret toppled in the fight between an insurgent version of Islam and forces opposed to it.

It is a battle, a crisis, that the world of Islam has seen before. Some even believe it was foretold by Prophet Muhammad himself; they say he had warned of the birth of a sect, comprising mostly of young members with ‘foolish dreams’ of grandeur. The reference was supposedly to an early sect—the Kharijites. Some historians and observers see stark parallels between the Kharijites of Islam’s first century and Daesh in today’s times. The writings of the 14th century CE Muslim theologian Ismail bin Kathir lends itself to such comparisons: ‘If the Khawarij ever gained power, they would corrupt the entire earth, Iraq and Syria. They would not leave a boy or a girl or a man or a woman, for in their view the people have become so corrupt that they cannot be reformed except by mass killing.’

Theological similarities or differences apart, the Kharijites bare another uncanny resemblance to their modern-day cousins. In 661 CE, a plot was hatched in Mecca that launched simultaneous assassination attempts aimed at Muawiyah I, Amr bin al-As and Ali bin Abu Talib in Damascus, Fustat and Kufa, respectively. Lone wolf attacks in Europe in the last few years bear an eerie similarity—and continuity—with Kharijite tactics of the seventh century CE.

So Mosul has been rid of latter-day Kharijites, a campaign that saw grave sacrifices made by Iraqi Arabs and Kurds. Sunni tribesmen, the Kurdish Peshmerga, a Shia militia called Hashd as-Shaabi and Iraqi Special Forces of the CTS collaborated to evict Daesh from Mosul. They were supported by Western advisors and air strikes, each contributing their bit. The CTS took the heaviest losses; some estimates suggest 40 per cent casualties. Veteran observers described the battle in Mosul, especially the western part of the city, as the most intense urban warfare since World War II. Lieutenant General Abdul Wahab al-Saadi, head of the CTS, is no doubt a leader proud of his team.

A greater humanitarian crisis, though, awaits Mosul and its environs. The IS atrocities against Yazidis and Chaldeans were barbaric. They need to be rehabilitated. Another challenge is to provide relief to over 800,000 civilians who had to leave their shelters in Mosul when the endgame neared. An urgent requirement is the repair of essential services for them to return to their homes. All of this is a long and costly process, but an Indian presence on the ground at this juncture would be of considerable help to the relief efforts.

Apocalypse has been averted for the time being. But there is no reason to believe the ogre will not rise again—in another place, with another acronym. The campaign against Daesh is everyone’s war to fight, not just of the Middle Eastern countries and their Western allies. India has as much at stake in it as any other nation. So even if it missed the battle phase, India must be seen to help rebuild the cities destroyed, restore the heritage lost and recover artefacts of historic significance. The little bit of India that has been liberated on the right bank of the Tigris would be a good place to start.