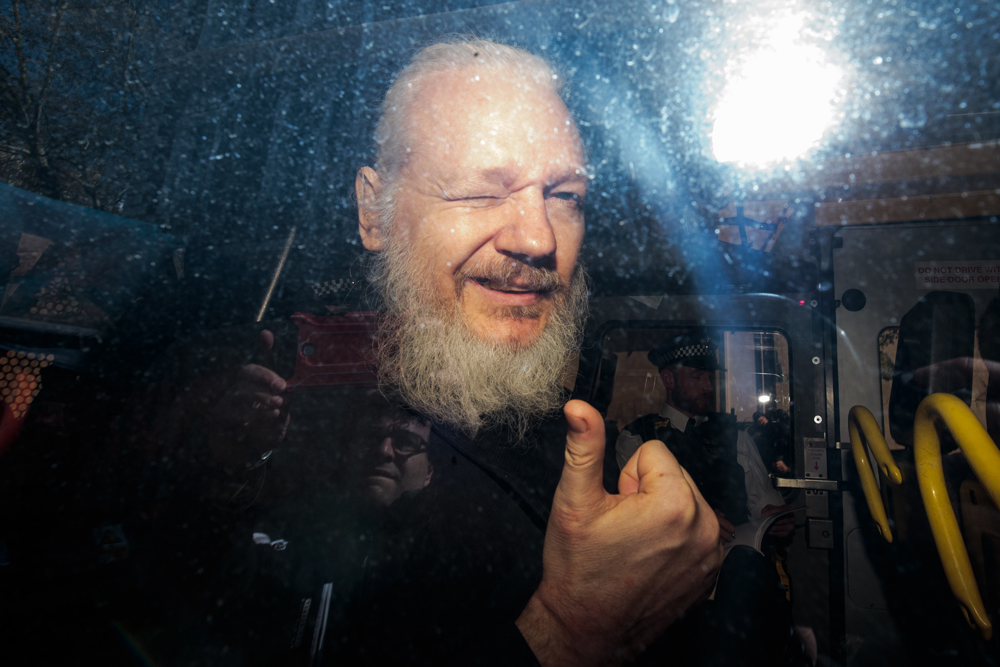 Dr Suelette Dreyfus is an author who co-wrote a best-selling book with Julian Assange, titled Underground, a 500-page volume on the lives of young hackers of the 1980s and the 1990s (which includes Assange himself). She has been closely associated with Assange since then. She tells Open in an interview that Assange’s contribution to journalism has been enormous. Dreyfus is deeply worried about the threat of harm to the Wikileaks founder whom she feels will be extradited to the US to face a trial there. “He would be tried in eastern Virginia, an area that has a high density of US government workers in defence-related industries,” she predicts. Edited excerpts:

How do you describe this arrest of Assange by the UK police? How do you think this action will likely impact journalism the world over?

It was astonishing that the Ecuadorian government would simply invite the UK police into the embassy to whisk Julian Assange away to prison. He had been given political asylum in 2012, as he faces the threat of persecution and harm if extradited to the US. Under a new regime and presidency, the Ecuadorian Government gave up its commitment to protect this political asylum seeker. It placed harsh restrictions on Assange for more than a year, refusing him reasonable rights of privacy and visitors. It did this to make his life harder if he stayed.

How legal are the charges against him? How do you respond to the charge that as a journalist, he encouraged his source (Chelsea Manning) to disclose more about America’s secret wars? Is that something — encouraging one’s source to part with secrets — a journalist should be worried at in the future?

The unsealed US indictment against WikiLeaks publisher Julian Assange raises profoundly troubling issues for journalists and their sources.

Governments will have successfully taken a big swathe of public real estate away from journalists. And we, the reader, will be poorer for it in the future. We’ll be mushrooms growing in the dark

Assange was arrested for a bail violation in the UK, and much more worryingly, for the purposes of extradition on a provisional warrant to the US. Prosecutors in the United States now have 65 days to issue a final warrant, which may contain superseding charges.

The current indictment does not directly seek to criminalise publishing, but targets the communications between sources and journalists that make publication possible. Technology and whistleblowing go hand in hand. They always have.

Journalists need whistleblowers to reveal evidence of serious wrongdoing to the public. Without them, the investigative journalist will find it hard to do his or her job well.

The communication between a journalist and a source is a particularly vulnerable part of the publication process. If journalists are unable to communicate with their sources without fear of criminal liability, the press will have one of its most vital functions curtailed.

How strong do you feel are the possibilities of him being extradited to the US?

There is a strong likelihood that Julian Assange will be extradited to the US to face a trial there. He would be tried in eastern Virginia, an area that has a high density of US government workers in defence-related industries.

How serious are the charges against him?

Right now, there is one charge. That is likely to be expanded to more charges in the coming two or so months. It carries a maximum five-year penalty. But the addition of extra charges will likely raise the threat of a much longer sentence.

The communication between a journalist and a source is a particularly vulnerable part of the publication process. If journalists are unable to communicate with their sources without fear of criminal liability, the press will have one of its most vital functions curtailed

You have been associated with him for long. When was the first time you met him? What was your first impression?

Julian Assange and I wrote a book together called ‘Underground’ in the late 1990s, so I’ve known him a long time. The nearly 500-page work took about three years to research and write. We’ve stayed in touch.

How was it like working with him on Underground? Could you please dwell at length on that experience?

He takes research very seriously. He is exact – and exacting – when it comes to verification and details for publication.

Some journalists have turned up their noses at Julian Assange, sniffing, “Oh, he is not a journalist.” That is simply not true. I trained and worked as a staff journalist on the largest selling daily newspaper in Australia. I worked across the newsroom. I know what makes a good journalist – I actually train journalists. He’s a good journalist, with a highly refined nose for news.

Julian is a publisher of an online new media outlet – WikiLeaks. He also happens to be a journalist. I have seen him both write news and conduct journalistic research. He has broken major international stories, any one of which might win awards for any other journalist. Some of these have also won awards for him.

We’re way past the point where journalists can pretend that “we don’t have a bias we bring to our jobs”. Every journalist has a bias – pretending otherwise is just a fairytale.

What matters is whether the stories reported are factually correct, verifiable with external original evidence, and finally are in the public interest.

Do they reveal wrongdoing? Injustice? Corruption? Is data used and analysed in original ways that tell a story beyond one or two data points?

You don’t need to publish on dead trees to be a publisher any more, nor write with a quill to be a journalist.

You don’t need to publish on dead trees to be a publisher any more, nor write with a quill to be a journalist

What do you think of his contribution to journalism?

His contribution to journalism has been enormous. Millions of people think so. One proof is in how so many traditional media outlets have now copied him. They run anonymous digital drop boxes. They have employed data science journalists to find the hidden stories in large datasets. They have started to embrace secure communication technologies to improve confidentiality with sources. Imitation is the highest form of compliment.

What would you tell those people who call him the “enemy of the state”?

The saying goes, “First, they came for the journalists…” but then no one knew what happened after that. Because the journalists had been arrested, extradited, and locked up for life.

A lot of what has been written about him is simply factually incorrect. It’s been made up, like a supermarket tabloid makes up a story about a celebrity’s life. So, before you are quick to judge, check your views. They might be based on fake news, distributed to discredit him.

You don’t have to agree with Julian Assange, or even like him. But if you don’t defend him from being extradited and tried for his acts of publishing, your news – your ability to get and read the truth – will be damaged. Governments will have successfully taken a big swathe of public real estate away from journalists. And we, the reader, will be poorer for it in the future. We’ll be mushrooms growing in the dark. Think of how the stories reported on by Wikileaks have changed our world views. 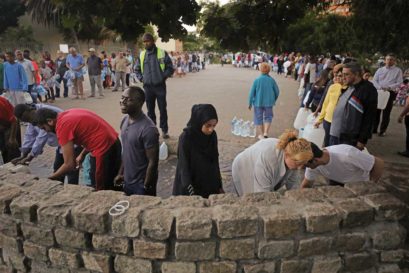 The fabled land of sweet waters is on the verge of dehydration. Aditya Iyer in Cape Town captures the mood before Day Zero