Democracy on the Edge

It’s not just another form of government, it’s a social project 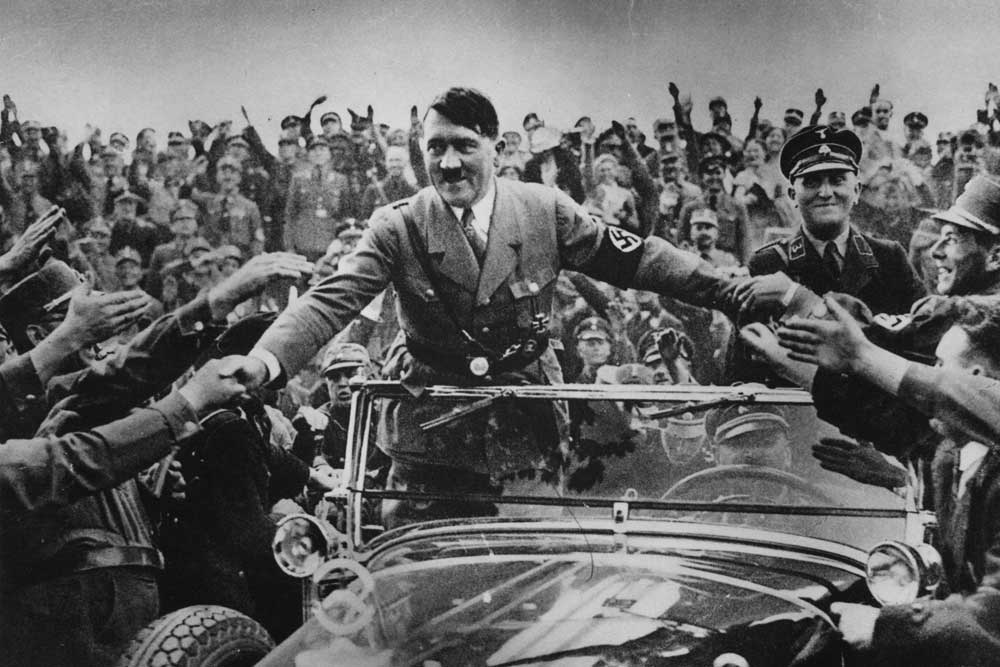 Certain things are clear, thanks to history. If the history of Europe of the early decades of the last century proves anything at all, it is that democracy and jingoistic nationalism cannot co-exist. If mixed, they breed fascism. Germany was a democratic country. Hitler improvised fascism using the devices of democracy primed with the hysteria of nationalism.

It is a mistake to think that nationalism is love for the nation. No, it is hate for a putative enemy of the nation. The enemy is not identified democratically, but arbitrarily. It is done to suit the convenience of the keepers of the state at the given point in time.

To say that love for India demands, for example, that artists from Pakistan should be disallowed to participate in the Bollywood cinematic jamboree makes sense in nationalism, not democracy. What is surprising is that even those who avow that art is universal, and transcends national boundaries, say in the same breath, ‘Ah…. but those from Pakistan?’ Even the glaring inconsistency of this assertion is not the worst. The worst is the stigma of blasphemy cast on any disagreement with this view.

Nationalism demands renunciation of reason and freedom of thought. It has no margin for personal conviction, independent thought or any universal outlook. The latter was our genius, as is evident from our hallmark contribution to the spiritual outlook of humankind: the insight that humankind is one family, vasudaiva kutumbakom. Where is there any margin for nationalism within this enlightened vision?

This is a core dharmic issue. Dharma, being dynamic, functions by equilibrium, as in loving one’s neighbour as one loves oneself. Dynamic equilibrium necessarily involves contrary forces and interests, of which walking is a simple and familiar example. Left and right legs seem ‘contrarian’ only when severed from the dynamism of walking. Left-of-centre and right-of-centre parties can position themselves in irreconcilable opposition only if both are disengaged from the dynamics of good governance. If committed to this goal, their perceptions of each other would change and they would see their roles are complementary.

Similar is the case with patriotic nationalism and universalism. We belong together as a nation. But we belong together also as a species, as humankind. The irreconcilability between the two betokens dispositional immaturity. Sagacity demands that we continually seek to reconcile our patriotic zeal with respect for the wider things that hold us together as a species, as mandated by the cosmic vision of vasudhaiva kutumbakom. Infusing alienation and hostility into the space between the two is shortsighted to the extent of being self-derogatory.

Democracy has at least two core features. First, it seeks to minimise state coercion vis-à-vis citizens. Such control as is deemed legitimate is indirect; it is the control, for example, immanent in plurality and diversity. Respecting the value of diversity—ensuring space for the uniqueness, dignity and development of all groups and individuals—effects control over hegemonic and homogenising agendas and instincts. Affirming the equality and freedom of every citizen’s conscience and upholding the Rule of Law and Right to Life involve wholesome control. Such control alone is harmonious with democracy. Cow vigilantes roaming around at will, terrorising Dalits who skin dead cows, is not democratic control. It is pre-feudal anarchy.

The inviolable value of the individual is the building block of democracy. This is the core democratic issue. The need for a universal vision, which puts its focus on ‘man’ (in its generic sense) and not ‘state,’ arises because history has never seen a state that endorses the intrinsic value of individual life. The universal vision is necessary to bridle state excesses.

This issue is at the heart of the demonetisation enterprise. That this exercise has been resorted to in the interest of the poor in their war against the rich and the corrupt, is clearly a clever after-thought. It was launched entirely to further the interests of the state. That is why the Finance Minister justifies it by citing increased revenue collection from a broadened tax base. Undoubtedly, this is a good thing. But that is not the democratic issue. The issue is: if we are indeed a functioning democracy, can the state have such unfettered power over the life and liberty of citizens? So sweeping that it interferes coercively, like a bolt from the blue, with their personal and private life without even taking Parliament—the supreme temple of Indian democracy—into confidence?

The most crucial issue is yet to surface: the future of education. Money is important, but certainly not as crucial as education is, though this is not how it is perceived. Money determines how we shall live today and tomorrow. Education determines what we, and our society, shall be for the years to come.

It is the precarious nature of education, its vulnerability to incursions of the state, that should make us worry all the more about the rise of jingoistic nationalism. As Immanuel Kant argued, the state will regulate education only with a view to maximising its own interests. This also means that the educational vision that a state enunciates is a mirror held up to its true nature. If you want to know if a state is democratic or fascist, all you have to do is to assess its outlook on education.

‘One of the fundamental problems of education,’ wrote John Dewey at the beginning of the last century, ‘in and for a democratic society is set by the conflict of a nationalistic and a wider social aim.’ The social and cultural aim of education is the harmonious development of all the powers of human beings. That is so because the health of a society can be ensured only by the proactive dynamism such a vision entails. Small men, shallow and petty minded, blind to the beauty and greatness of being human, cannot be expected to look beyond narrow vested interests or to bridle the beasts within them with any sense of social responsibility or humane inhibition.

Democracy is not just another form of government. It is a social project. It can succeed only if citizens are also good human beings, responsive to the values embedded in the Preamble of our splendid Constitution. If the so-called people’s representatives swear by the Constitution and flout its core values unconscionably for ulterior gains, its message is simple: Indian democracy is on the edge. Wake up!